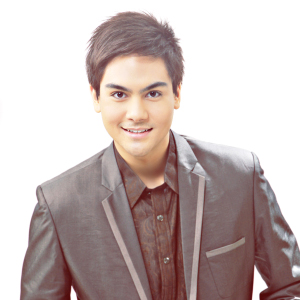 Marco said he wants to be successful for the people who support him. "I'm just adding more to my life right now and I'm hoping to come out a better person for everyone's sake," he said.

Theater actor Marco Manalac is inching his way to become a solid presence in Philippine showbiz. Marco was the lead actor of Equus, the stage play produced by Repertory Philippines last July.

This October, he will be shooting for a movie about Filipino boy scouts with Sam Concepcion. Marco and Sam were recently chosen to be the spokespersons for the Boy Scouts of Philippines. Marco is also one of the new ambassadors for the World Vision Famine program. He is taking voice lessons and will soon record his first demo. Marco is also set to appear in a Star Cinema movie and a teleserye in a major network.

"I have some projects lined up. I can't say yet, e. But definitely I'm gonna get into TV. I really wanna get into films, I think voice lessons too," Marco told PEP (Philippine Entertainment Portal) at the photo shoot of the STAGES Management family on September 15, at The Room, Quezon City.

PEP asked Marco to reveal what TV station he will be signed up with, but he chose to keep it a secret. "I am looking forward to work with any network," he said.

"I'm going for edgy roles. I mean, I may not be the best-looking guy. I may not have the best body. But I think, the entertainment business still needs, you know, that character actor. The one who can play the weird, who gets the weird, edgy roles, risky roles," he said.

PEP pointed out that these roles are more abundant in indie films. Is Marco going the indie route, too?

"Well, I've been getting offers, and we're still going over everything. I also want to get into one... I'm planning on venturing into everything really," he replied.

For now, Marco is hell-bent on preparing to be a star. He goes on a regular gym schedule to be "more defined." He's also signed up with several sponsors to take care of his skin, hair, and fashion.

"I want to continually level-up. Nobody can be satisfied. You should always want to improve," he said.