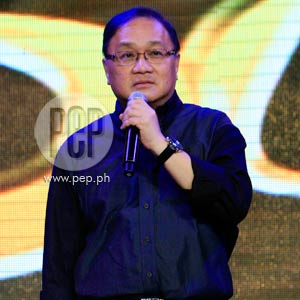 Businessman Manny Pangilinan aims to diversify further his business interests, this time making an offer to assume ownership of the Metro Rail Transit (MRT) by buying the government's share, as well as shouldering its outstanding liabilities.

The group of businessman Manuel "Manny" V. Pangilinan made a pitch of $1.1 billion to acquire ownership of the Metro Rail Transit (MRT-3) operating along EDSA.

MPIC's offer will be enough to bail out the government from its outstanding debt owed to MRT Corp. bond holders.

It will also enable the current administration to save a lot of money, which can be allocated instead to other projects in line with the government's top agenda.

The proposal came on the heels of the government's recent statement that they are considering the option of inviting a private firm to take over MRT's daily operations, including the state's debt obligation amounting to $2.6 billion.

The news of MPIC's interest in the rail transit business happened a week after another Pangilinan-owned company, TV5 network, publicly announced the construction of its new building located in Mandaluyong City. (CLICK HERE to read related article.)

Choosing Mandaluyong City for its location is also a strategic move on the part of management since the city is positioned at the center of Metro Manila—making it convenient, particularly for the news team, to move around and relay the events happening around the capital.

Network President and CEO Ray C. Espinosa told members of the press after the groundbreaking ceremony held last January 24 that the company is looking to fund the construction of the establishment by tapping its own funds and soliciting financial support from outside.

"A large part of the invested capital is internally generated, meaning it comes from our beneficial trust fund. But there is also a portion that will be borrowed, now that we have this property in Mandaluyong and the management is investing in the building equipment we will be in a position to raise money on our own for a significant amount. Our target profitability is four to five years," said Espinosa.