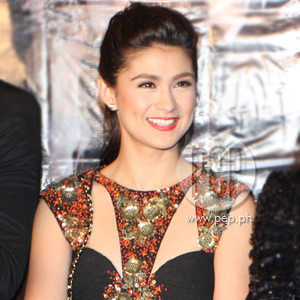 Carla Abellana instantly became a fan of Bikram Yoga, when she first tried it late last year. She says she's able to lose as much as 800 calories in just a one-and-a-half hour session.

Carla Abellana has been busy these past few months filming, as well as attending promotional events for her movies.

Two of these were showcased at the 37th Metro Manila Film Festival—Yesterday Today Tomorrow and Manila Kingpin: The Asiong Salonga Story.

At the premiere night of Yesterday Today Tomorrow last December 20, she told PEP.ph (Philippine Entertainment Portal) and other media that she hasn't been sleeping very well lately.

Describing her schedule, Carla said, "Every day, puyatan talaga. I would go for 24 hours a day na walang tulog."

In fact, she's been so hard at work that she hasn't even found time to take care of her body, which she considers an important concern.

"As an artist, we have to. Kailangan [ang diet or exercise] kapag artista ka kasi unfair ang cameras.

"Ang TV nakakabigat talaga, e—nakakataba—so kailangan we have to be on a constant diet."

For Carla, diet consists of three simple rules: no junk food, no fast food, and limit the intake of rice.

She also adds the importance of exercising.

She became a fan of the Indian discipline since trying it around August or September last year.

"Nag-try muna ako for a month, and it really worked well for me. I really enjoyed it."

Carla adds that she prefers this over other workout systems because, 'There's really not much effort, tapos, you lose so much calories.

"In one-and-a-half hours, you lose as much as 800 calories. 'Tapos, pinapawisan ka pa ng sobra sobra.

While she hasn't been inside a yoga studio for the last couple of months, Carla hopes to go back and do regular sessions again beginning this month when her schedule starts to clear up.