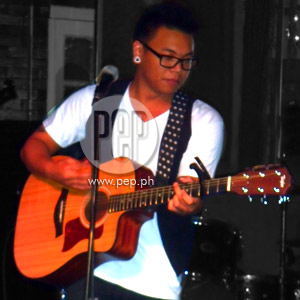 Fil-Am YouTube sensation AJ Rafael on signing up with a record label: "We are exploring the possibilities now that we have a little bit of power, you know. We can say something because we have a fan base. Before, labels used to create a fanbase for you. But now, you have to do it yourself, you know..."

The latest addition to the list of Pinoys who gained worlwide popularity because of YouTube is AJ Rafael.

He tells PEP.ph (Philippine Entertainment Portal) on January 10 that the video-sharing site "is an important part of any artist's career."

The Filipino-American singer adds, "And YouTube is free to watch. So that's the number one thing that I'm using it as a resource."

More than just the "funny and accident videos," the almost-seven-year-old site "has become a source of entertainment, next to TV; some people, as replacement for TV."

For his part, Internet, has been a useful medium to promote his music.

"I was using MySpace a lot, actually, before it died...before it became a graveyard.

"When YouTube came along in 2006, I posted my first video," he related.

Aj resumes, "I believe it's the most important tool in my career because, I'm an independent artist, you know..."

He is being managed by Christina Luna under Luna Co, and co-managed by Ken Rose. Both his managers are based in California.

But, "I don't have a major label telling me what to do and like, putting all the resources, money and stuff."

STAYING INDEPENDENT. Getting signed by a record label is "something worth, maybe, exploring."

But it's not his "top priority."

He has been in the independent industry since he was 15, and has been thriving in the what he calls "organic internet revolution."

"But that's not really important to me right now."

In the meantime, AJ is enjoying his artistic freedom and increasing his fan base at the same time.

SONGWRITING. He started composing songs in 2004 at the age of 15.

He posted his first song on MySpace without the intention of attracting an audience.

AJ recalls, "Yeah, going back to my first song on MySpace, I didn't expect to, especially because the song was literally about this person's birthday and how she's turning sixteen, and how, I wanted to meet her.

"I played in my sister's birthday, all my friends knew it,

"So it wasn't like I didn't expect it but at the same time, I'm happy that it happened.

"And it all happened pretty gradually. It was never one big wave of fame."