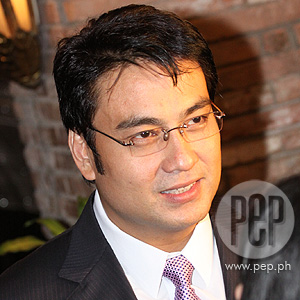 Senator Ramon "Bong" Revilla Jr. still cannot believe that two of his half-siblings are considered by police as primary suspects in the murder of his half-brother Ramgen Revilla.

The Revillas implicated by police in the murder are Ramon Joseph "RJ" Bautista, 18, and Ramona Revilla, 21.

Both are siblings of Ramgen, the slain 22-year-old aspiring actor-politician.

In an interview with GMA News, Chief Inspector Enrique Sy said that a "vital witness," who was identified as Roel Puzon, pointed to RJ and Ramona as among those who planned to kill Ramgen.

The police still do not have a witness linking Ramona to the crime, but the investigating group believes that circumstantial evidence may prove that she was involved in the crime.

This includes her alleged fabricated story that she was abducted by the killers.

In an interview with the media after the burial of Ramgen, posted earlier on ABS-CBN News, the actor-politician said: "Hindi kapani-paniwala na gagawin yun ng aming kapatid [RJ].

RJ is already in the custody of Parañaque police, while his sister Ramona is still at large.

Both may face murder and frustrated murder charges for the killing of their brother Ramgen and the attempted murder of Ram's girlfriend Janelle Manahan.