PROFILES: Markki Stroem to focus on TV acting without compromising his music 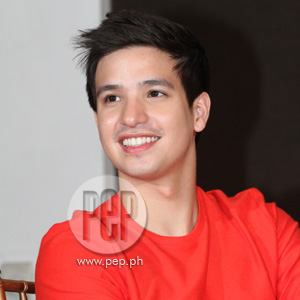 "Nahihirapan ako. Gusto ko kasi yung mga ganun, e. I like learning, I like growing." Singer-songwriter Markki Stroem makes a crossover from music and theatre to TV, where he is going to be part of ABS-CBN afternoon soap, Wako Wako.

When he was offered the role in ABS-CBN's latest afternoon teleserye Wako Wako, Markki Stroem wavered a bit.

It was not the acting that intimidated him.

The Pilipinas Got Talent Season 1 finalist has received theatre training since he was eight years old, and has likewise starred in Repertory Philippines productions, such as Pippin, Charlie and the Chocolate Factory, and the more recent Next to Normal, which he topbilled.

"Theatre actor ako and I'm used to... hindi naman excelling, pero doing the best that I possibly could kasi I have command of the English language.

But this predicament did not discourage Markki.

At present, he's trying improve his aptitude for speaking Filipino.

It is quite understandable how the Filipino-Norwegian singer-songwriter struggles with the language. He speaks six others including German and English where he is most proficient.

"English and German... I'm fluent [in]. I can study in those languages. 'Tapos Tagalog and Norwegian— since yung Dad ko kasi Norwegian, and then, Spanish and French, so 'yan, nahihirapan ako!

ACHIEVER. Apart from the challenge of polishing his Filipino, Markki mentioned adjusting his acting on the set.

It won't take long before this Hotel and Restaurant degree holder is going to hit his goal.

"I guess, since I was a kid, I've been an over-achiever in every way.

"For example, I wake up in the morning, I run and then, I go to school. And then after class, I have theatre and then I have music and then I do my homework. And then I sleep. And then the next day, I do the same thing all over again."

While he is determined to give his current acting stint his best shot, Markki's plate is partly preoccupied by writing and producing his own music. His single, "Steal Your Soul," is now climbing its way on top of the MYX hit charts.

It is also surprising that with his conceivably hectic schedule, Markki manages to squeeze in working part-time in a chemical laboratory.

He coyly smiled as he offered an explanation, "No ... it's... I'm saving up kasi for Masterals...MBA [Master of Business Administration]."

When asked what he prioritizes among these, Markki replied, "I guess ngayon yung acting."

In a split second, he took it back and went on to say that his "first" and "forever love" is still music.

"I don't like to compromise yung mga songs ko."

On leading a well-rounded life, all he can really say is, "I like doing a lot of things kasi."