The Cranberries to perform greatest hits live in Manila 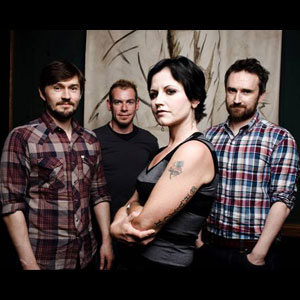 The Cranberries is heading to Manila for a one-night greatest hits concert on April 10, 2012 at the Araneta Coliseum.

Famous for its string of hits—"Linger," "Zombie," "Dreams," "Ode to my Family," "Stars," "Promises," "Analyse," "Free to Decide," "Ridiculous Thoughts," among others—the Irish group re-emerges from a six-year hiatus in time for a new album and a world tour, with the Philippines as their fourth stop.

Composed of Dolores O'Riordan on vocals, Noel Hogan on guitars, Mike Hogan on bass and Fergal Lawler on drums, the group has gained huge music success with four albums at the Billboard top 200 and eight top 20 singles.

This successful mainstream rock band in the '90s sold more than 15 million albums in the U.S. alone, and had garnered numerous awards at the peak of its popularity.

The Cranberries' songs have also been selected as soundtracks for various movies and TV series like Click, Empire Records, The Next Karate Kid with Hilary Swank, Smallville, Mission Impossible, You've Got Mail, Clueless, and many more.

Here in the Philippines, "Zombie" has been a classic anthem in videoke joints, where Pinays would imitate the yodeling style of Dolores.

Don't miss the concert, which will take us to a nostalgic trip, and give us a glimpse into the group's recent journey—highlighting their new album, Roses, released last February 27; plus, a carrier single titled "Tomorrow."

ABOUT THE PRODUCERS. Established in May 2011, Karpos Multimedia is the newest concert promoter in the Philippines, also one of the producers behind the successful Andrea Corr Live in Manila and Cebu: The Lifelines Tourlast October 2011.