Sam Milby talks about his passion for motocross

A self-confessed speed demon, Sam Milby could not get excited enough about motocross, "I like the feel of adrenaline, extreme sports, like skydiving, it’s something I’ve experienced. I like the feeling of, I could get hurt."

After his stint at the Pinoy Big Brother House, Sam Milby instantly became known as the Filipino-American cutie who sang and played the guitar.

Not only that, he could act. He showed this side of him in the primetime soaps and movies he starred in.

In an interview last October 9, PEP.ph (Philippine Entertainment Portal) uncovered a side of Sam known only to those close to him.

Sam, an epitome of cool, is a thrill seeker. 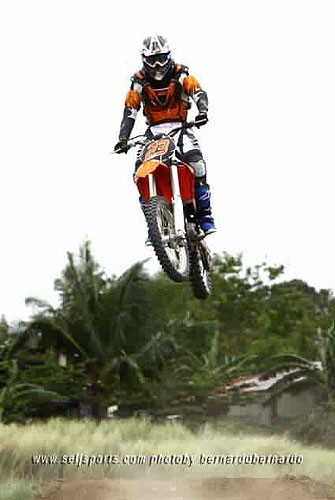 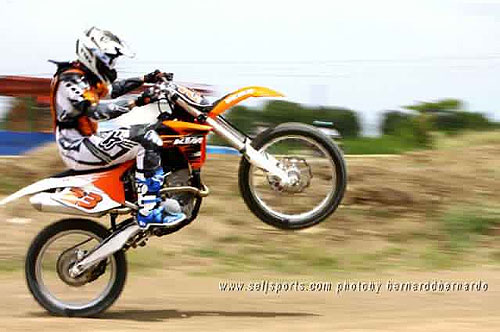 “It runs in my family, e. My two half brothers, motocross din. My dad, nagmoto-cross siya dati.

“I like the feeling of, I could get hurt.”

And get hurt, he did. Sam even showed us some photos of his bloodied arm after a race.

But from the smile on his face, there was no telling just how painful it was for him.

“I did wrestling in high school. I like those physical sports.

“Ayun, motocross is both: you get to jump high in the air. A lot of people die from it, it’s guaranteed you’re gonna get injured if you do the sport.

“But yung speed din, I’m a speed demon when it comes to driving and, wala, I like racing and the challenge, competitive ako, e.”

In fact, Sam has joined motocross races here and abroad: “Sa States, I did a few races.

“Tapos may nagnakaw ng bike ko. And that’s why I wasn’t able to continue.

“But dito, I’ve raced a few races and I won two years ago and, wala, I haven’t been able to do it lately.”

As a celebrity, Sam cannot take the risk of severe injuries so he basically joins beginner level competitions.

He said, “Normally, to be safe, I stay in the beginner. I think I joined also the intermediate, the next level up, I did both races, same day.

“And I try to do it more as a hobby. And to be more safe, I can’t take too much of a risk kasi ayun nga. Kung wala akong work sa showbiz, ‘di sige.”

But at the rate his career is going now, Sam is resigned to setting aside his passion for extreme sports, at least for the time being.

“Last time I did motocross, seven months ago. Because last time I rode, sumemplang ako at may nangyari sa wrist ko.

“If I have a day where I can, sana, just to practice. But right now, I really have to be careful.”