Which bridal look do you prefer for Marian Rivera? 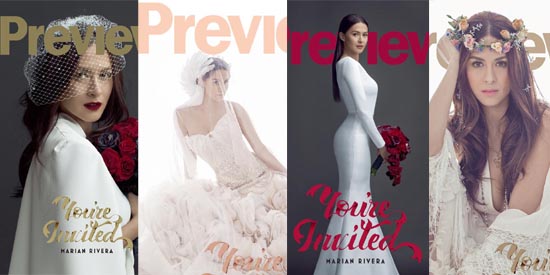 Four different looks for Marian Rivera—which one looks best? which one is close to the gown she will wear on December 30?

The magazine cover is her last as a single lady.

So far, Marian has graced four covers of the fashion magazine.

“Why her this time? We wanted to time it with her wedding and we also thought it would be interesting to see her portray different kinds of bride,” says Preview’s Creative Director Vince Uy.

Let’s take a look at the four different covers released for this issue. 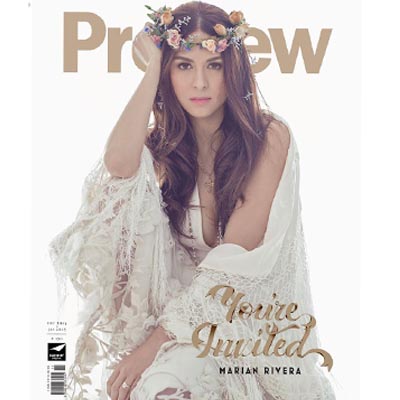 Marian in a Jun Escario wedding frock. Do you now fancy being a Boho bride? 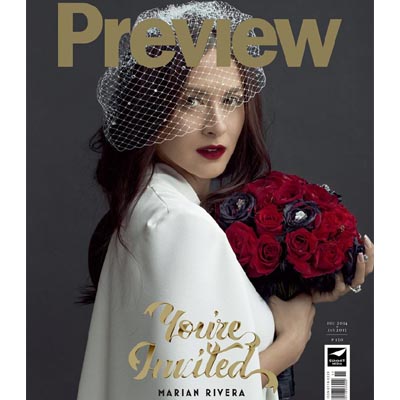 A tailored pantsuit is the way to go to for a bride these days. Think of Solange Knowles's backless outfit by Stephane Rolland

In Marian's cover, the fascinator and birdcage veil add the feminine touch. 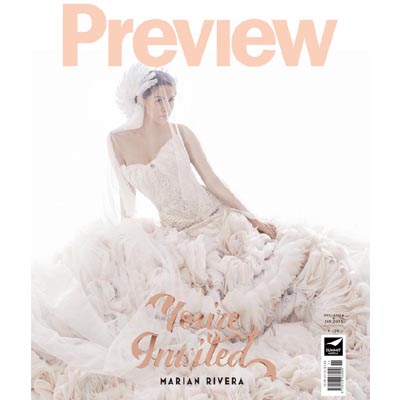 This is so much like Carrie Bradshaw's Vera Wang and Versace gowns in Sex And The City.

Could Marian and her designer Michael Cinco prefer the layers of tiered tulle? 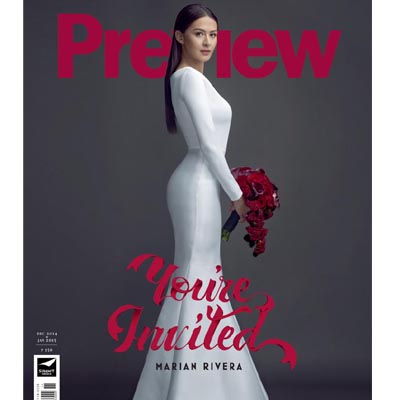 Here, Marian is actually wearing a long-sleeved dress by Michael Leyva and a skirt from House of Laurel.

Those curves only need a minimalist ensemble.