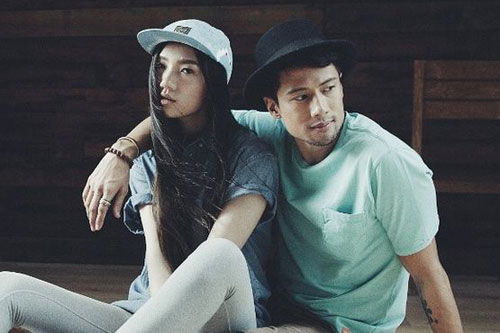 John James Uy on relationship with model Jessica Yang: "I love the path that we’re taking. It doesn’t feel rushed.”

John James Uy and his non-showbiz girlfriend are one of those couples who have managed to keep the romance alive even after three years of being together.

As seen on James’s Instagram, they often travel together—nature tripping or simply hitting the beach.

When asked to describe their relationship, John James replied: “Great! I love the path that we’re taking. It doesn’t feel rushed.”

In a recent interview with PEP.ph (Philippine Entertainment Portal), John James shared how they first got to know each other.

Apparently, it was Jessica who made the first move.

'I was like, 'Fake ba ‘to?' Hindi naman,” James fondly recalled.

“My plan was just, like see her for a couple of nights.

"You know, just one time. But it became real.”

Even though they grew up in different cultures, John James maintained that they got along easily.

Even their respective families approve of their relationship.

John James shared that he had introduced Jessica to his California-based mom.

Jessica, for her part, also brings the actor with her every time she visits her family in Taiwan.

As it turned out, Olivia and Jessica are “best friends.”

As such, the two couples are often seen together especially when Jessica and Olivia are walking the ramps in the same fashion shows.

John James related, “We go on double dates, we go out, watch movies.”

He further revealed that Jessica is doing a movie with him, an indie that will be launched in an international film fest next year.

He said, “It’s gonna be for a film fest. The plan is to bring it to France.

“It’s so nice because we get to be a love team on screen. The director said it's so natural, that we’re not acting anymore.”

But for now, John James and Jessica are looking forward to spending the holidays together.

“I’m gonna stay here [in the Philippines] for Christmas to spend time with family. Then we’re gonna go to Taiwan for New Year,” he added.