Nikki Gil to spend Christmas in Europe with family 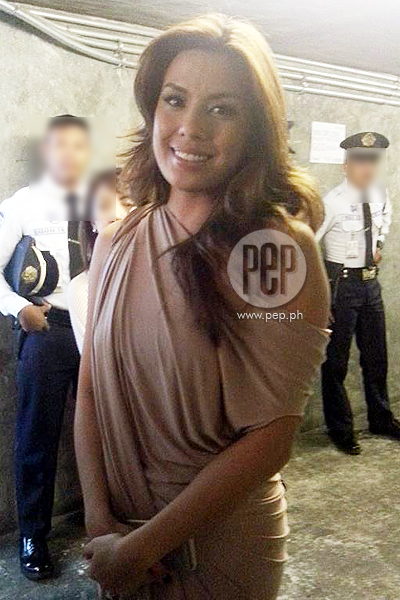 It’s been a busy year for Nikki Gil.

Aside from ASAP, she became part of the teleserye Hawak Kamay, which starred Piolo Pascual and Iza Calzado.

This month, Nikki was preoccupied in promoting her entry for the Metro Manila Film Festival 2014, the My Big Bossings.

Thus, holiday break for the singer/actress officially begins after December 25.

“We’re leaving after Christmas, on the 26th, for Europe with my family lang,” Nikki told PEP.ph (Philippine Entertainment Portal) at the red carpet premiere of her MMFF entry in SM Megamall.

She resumed, “Mostly Italy kasi kasama ko yung lolo and lola ko, and it would be better to stay in one place 'tapos ikot na lang. Mas madali.”

CHRISTMAS TRADITIONS. For Nikki, spending Christmas with the whole family—including her extended family— is a must-do.

“I have spent Christmas with just my mom and dad and sister abroad.

“But every year, we prefer doing it with every one.”

Aside from celebrating Christmas with the whole family, what other traditions does she have?

THE GIFT OF LIFE. Next, PEP asked Nikki about her most memorable Christmas, but the singer said that it has “yet to happen.”

Nikki explained, “Every year naman is special. It will always have a different flavor.”

Meanwhile, what Nikki considers as one of her greatest gifts this Christmas is not something material.

She revealed, “So far, it’s when my cousin announced that she was pregnant again and it’s nice to have a baby in the famliy.”