What the stars give and receive this Christmas 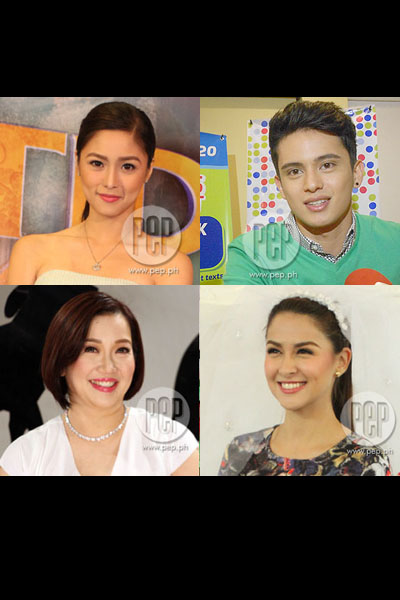 It’s the most wonderful time of the year, as the song says. The mood is festive, the air is crisp. Tis the season of giving, and receiving, gifts.

A peek at the Instagram accounts of celebs opens a gamut of gift ideas for all seasons and reasons.

Kris Aquino enjoys cooking for her loved ones when she has time. How about having these for your media noche?

Kim Chiu believes in giving the gift of smile.

If you’re a techie and a fashionista at the same time, you’d love this gadget received by Marian Rivera. We also covet her Alexander McQueen dress!

Look, it's Judy Ann Santos at a bazaar! Where else to find one-of-a-kind stuff but at the bazaar

Jennylyn Mercado got this Alexander Wang x H&M clothing piece. Were you able to snatch one for yourself when it was launched last month?

We wonder what’s in this fab box that Erich Gonzales received from Kris Aquino.

Maja Salvador must have felt like it’s Valentine’s when she received this bouquet of flowers. But Christmas is about love, isn’t it?

Gerald Anderson are all agog about these watches. Maybe the easiest way to his heart is not through his stomach but his wrist?

And for the partyphiles this season, wanna stalk party boy James Reid?

If there’s a luxury that you could give to Daniel Matsunaga, it’s sleep!

Even Kris Aquino drools this callos from Enrique Gil’s mom is the best. Carmina Villaroel is lucky to have had a taste!

Ruffa Gutierrez did some private holiday shopping at the newest fashion shop in town, Love Candypie. It’s owned by the stylish mayor of San Vicente, Palawan, Pie Alvarez. The shop, however, will officially open in February next year.

If you can’t think of any material thing as a gift, opt for something that feeds the mind, like these books received by Gretchen Barretto.

If you can’t afford to give a dress, who said you can’t give hangers, like these personalized ones Carla Abellana got!

Iya Villania, who does her own make-up, keeps her lashes lush with this light false lash.

If you want to learn about the languages of love, this book is perfect, according to Cheska Kramer.

This cake of Miriam Lim shared by Liz Uy looks so festive!

Sunnies are not only perfect for summer. Georgina Wilson suggests them as gifts for any season.

The perfect eyewear to ring in the New Year, according to Raymond Gutierrez.