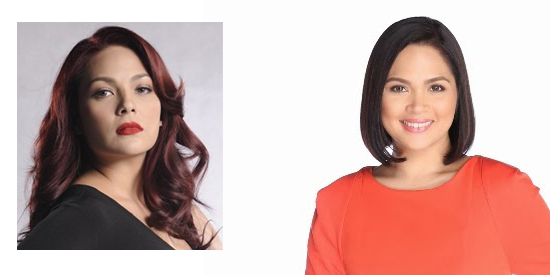 Judy Ann Santos and KC Concepcion both believe that the way to lose weight fast is combine exercise with healthy eating.

If you are one of those who indulged in binge eating last Christmas season, you may be feeling sluggish now or bloated or heavier.

For most stars, however, life goes on as if nothing happened. They appear on shows looking so refreshed, fit, and beautiful.

We compiled their fitness tips, which, we hope, you’ll find useful.

But first, you need to have that drive to look better this year.

Set a goal—say, your target weight; focus on achieving that goal.

1. Two important things we should have...

On Twitter, Kuya Kim Atienza wrote, “We do not need the formulas in real life but we need the mental discipline and patience.”

2. Decide: exercise or diet or both?

If you choose to exercise, do not forget to do it properly.

3. Now which type of workout is for you?

Celebrity couple Rocco Nacino and Lovi Poe are both into boxing, while Anne Curtis, Alden Richards, among others, go to gym regularly.

In an interview with stylebible.ph, Anne said, “If I have to wake up extra early, I will make that sacrifice.”

Solenn Heussaff does plyometrics, which is also known as the “jump training” or "plyos."

According to Wikipedia, the exercises are “based around having muscles exert maximum force in short intervals of time, with the goal of increasing both speed and power.”

Meanwhile, Angel Locsin prefers Insanity Workout, which has “10 workouts,” with each routine taking between 30 and 60 minutes to complete. Ideally, you do the exercises six days a week over the 60-day program, to which “you change your workout schedule on a weekly basis.”

KC Concepcion does Yoga, Plana FORMA, Zumba, and trained for Kali, a Pinoy martial art used in 300 and the Bourne series.

4. The key is also in frequency.

That routine went on for two months.

5. If you choose to diet, find out which one works for you.

Is it the Anti-Plateau Diet, which helped Georgina Wilson and Raymond Gutierrez shed off those unwanted pounds?

Georgina revealed in an interview, “It doesn’t feel like a diet because the food is so tasty. It’s like having my own personal chef preparing meals for me!”

How about Rachel Alejandro’s Sexy Chef diet? They can deliver your meals, with price ranging from P70 to P180 all over Metro Manila.

Regine Velasquez did a South Beach Diet after giving birth to Baby Nate.

Martin Nievera got into Paleo diet, which he described as a “caveman’s diet, what a caveman would eat… no sugar, it's gluten-free."

Rafael Rosell, Yasmien Kurdi, among others, turned to juicing.

6. Lastly, do not starve yourself.

In a previous interview, Iza said, “…please, I have to remind everybody to not do this because I had to learn it the hard way, that I was ruining my body in the process. I was 16 at that time… I lost about 80 pounds in a year.”

Ready? Cheers to a new year sans the unwanted pounds!