Mary Anne Bianca Guidotti on 34 Bb. Pilipinas candidates: “I really think we have a good batch this year." 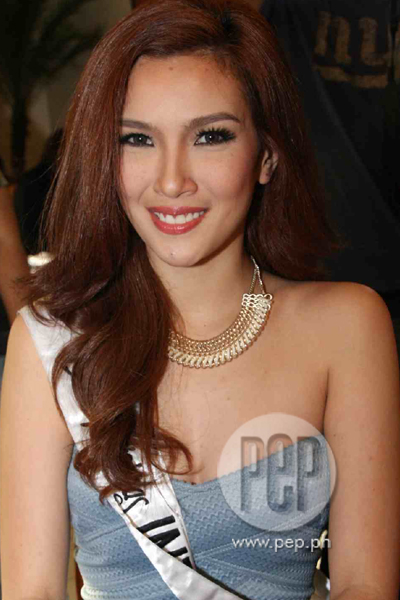 Mary Anne Bianca Guidoti on this year's batch of candidates: “Ang gaganda nila. A lot of them have potential, very beautiful, very opinionated, very well-spoken—some of them."

Out of 66 ladies, 34 were chosen as official candidates for the Binibining Pilipinas 2015 pageant. 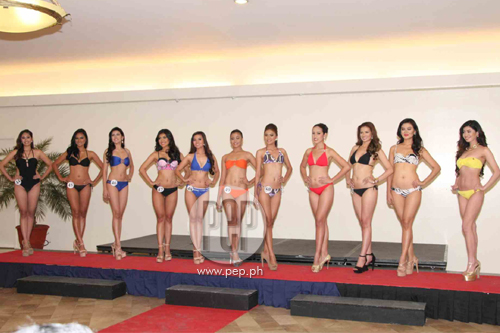 The screening was held last January 10, in Balay, Cubao, Quezon City, where old-timers, newbies, two celebrities, a policewoman, including deaf-mute Christine Balaguer, paraded in their casual wear and two-piece swimsuits. 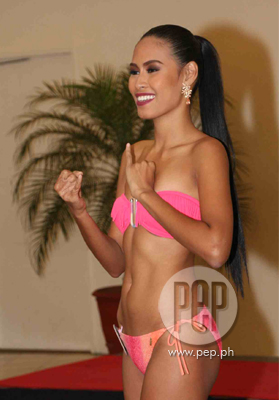 Wynwyn Marquez, whose real name is Teresita Sen Marquez, was one of the two personalities who joined. 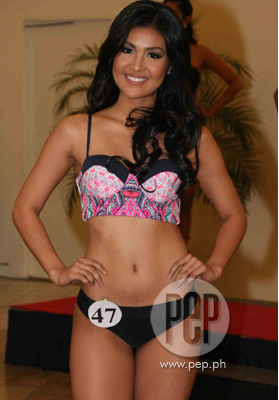 She is the daughter of Joey Marquez and Alma Moreno, and the niece of former Miss International Melanie Marquez.

The other popular candidate is Mercator model Pia Wurtzbach— who was a runner-up in 2013, and made it to top 15 last year. 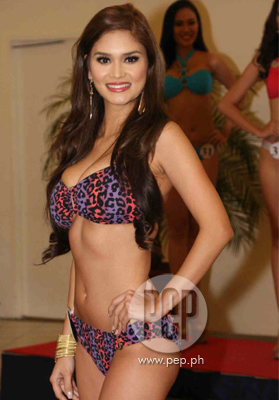 After the screening, PEP.ph (Philippine Entertainment Portal) had the chance to interview 2014 Bb. Pilipinas International Mary Anne Bianca Guidotti, who was one of the judges.

She remarked, “These girls came and applied. I would like to congratulate them for pursuing their dream, because I was there and I know difficult is it—how much time you really have to think about it and to meditate about it.

“Just the fact that they came here, they put their soul out there, it’s amazing.

“Ang gaganda nila. A lot of them have potential, very beautiful, very opinionated, very well-spoken—some of them.

“I really think we have a good batch this year.”

Do we stand a chance in international pageants this year?

“Definitely, definitely. There are few talaga na the moment they walked in, I said to myself, ‘A, these girls [will] do so well in the international pageant.’

“So, we'll see… The girls changed over that period of time.

“Some of the girls here might be pretty raw, they will get better, they will get more beautiful pagdating ng coronation night. So, I’m excited to see that transformation.”

For the screening, Bianca’s first and foremost requirement was “beauty.”

She added, “Something na hindi talaga magbabago. It’s given to you naturally, so I look at their face.

"Yung physique kasi, madali naman mabago ‘yan, e. Diet lang then exercise and it will change 'til towards the pageant.

“So, I looked at the face and how they speak, and more importantly, how they carry themselves.

“That they are proud of being a Filipina, and they proud of who they are.”

And to those who failed to make it this time, Bianca said there's always next year, pointing out that her batchmate MJ Lastimosa joined the pageant three times before bagging the Bb. Pilipunas Universe title in 2014.

“Testament to that, MJ really did inspire a lot of girls when she won last year. Ang dami ngang nagbabalik.

“Well, it’s their dream, it’s their passion, and a lot of them deserve to win talaga and have a crown.

“I am biased towards my two friends Hannah [Ruth Sison] and Ria [Rabajante] because they really think that they deserve the crown, and happy that they joined again.

“I hope that the other judges see what I see on them.”