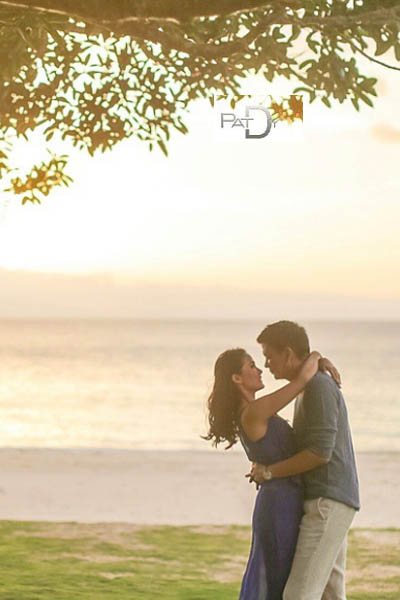 One month from now, Heart Evangelista will be Mrs. Chiz Escudero. She will exchange I Dos with the senator in Balesin Island Club. The photo was taken by the couple's official photographer Pat Dy.

After the high-profile celebrity weddings of 2014, another much-awaited union is set to happen right after Valentine’s day at the exclusive membership island of Balesin: the Chiz Escudero-Heart Evangelista nuptial.

Preparations for this power wedding—a marriage of politics and showbiz—commenced as soon as the engagement was announced.

PEP.ph (Philippine Entertainment Portal) charts the highlights one month before the big day.

1. A look back at the proposal 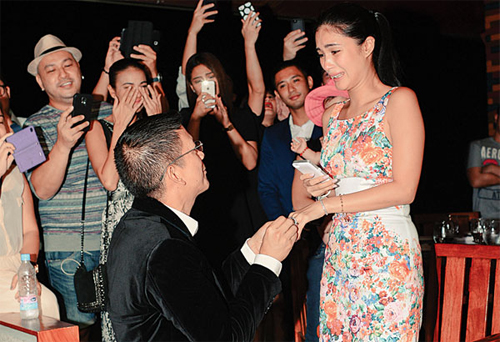 On August 23, 2014, social media exploded with news of the couple's engagement, which was orchestrated by the senator in true cinematic fashion.

Heart thought they were at the Escudero estate in Buhatan, Sorsogon for just another garden dinner, when music started playing in the background, and a friend led her to the dining area where their friends were already waiting.

Chiz even had a supporting cast with him when he walked in: his twins Quino and Chesi, mom Elvie, and sister Dette.

By that time, Heart was already in tears.

It was reported that Chiz read to her a text message from her dad Rey Ongpauco, congratulating her for the engagement.

Chiz then asked his son to present the heart-shaped diamond ring—an Escudero heirloom.

Then then senator knelt on one knee, and asked Heart to marry him.

He had every detail planned that Heart's "yes" became the cue for the long fireworks display.

2. The country's most powerful man as the Best Man

Even before the wedding date was finalized, it was announced on August 30 that no less than the Philippine President Noynoy Aquino will stand as best man.

And even before Chiz proposed to Heart, he said he already asked PNoy.

“The President has agreed to be best man at my wedding, not a [principal] sponsor,” Chiz said in an interview. 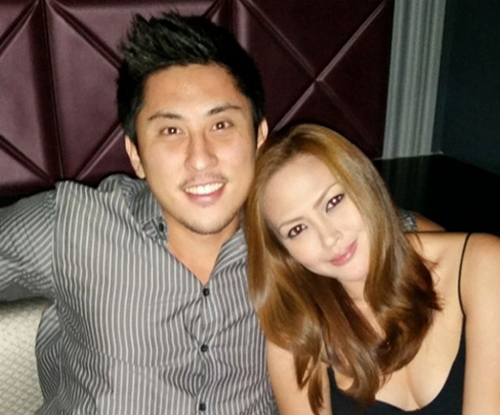 On the first week of September, a controversy on the wedding venue erupted.

Ceska Litton and Tyke Kalaw’s scheduled wedding in the resort island of Balesin was allegedly bumped off due to Heart and Chiz.

Robert Ongpin, the owner, however denied it.

(Both Heart and Ceska, by the way, are ex-girlfriends of actor Jericho Rosales.) 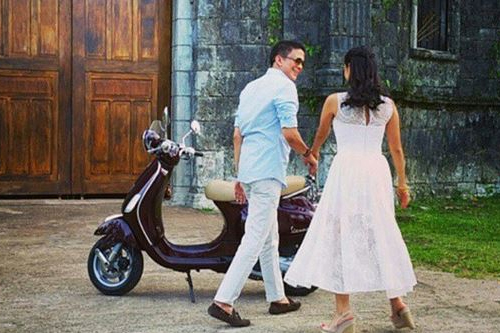 Heart and Chiz did the first shoot on September 26, with famed wedding videographer Bob Nicolas behind the lens. 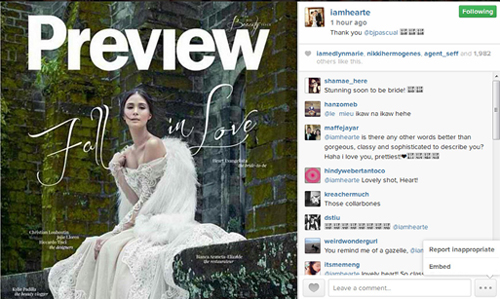 She gave her fans an idea on what she would look like and how the wedding's going to be. Editorial shot by BJ Pascual. 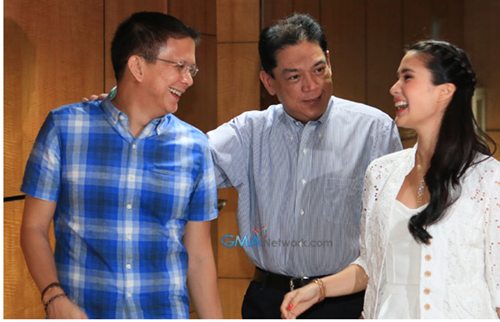 7. Dinner for the entourage 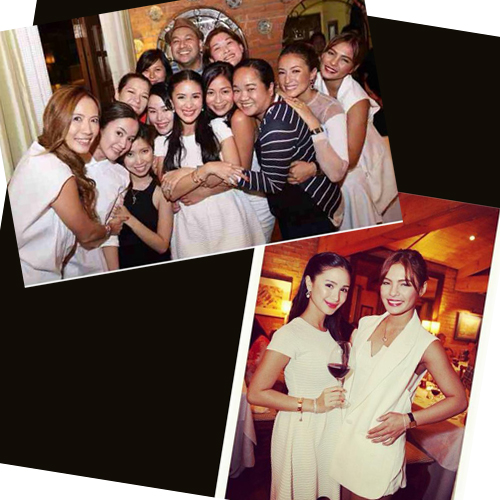 The couple gathered their bridal entourage for an intimate dinner on October 12.

The 14 bridesmaids will be dressed by fashion designer Mark Bumgarner.

By this time, 85% of their things to do have been completed. 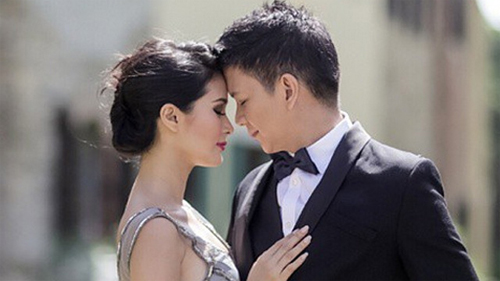 On November 21, it was photographer Pat Dy's turn to give the public a sneak peek. 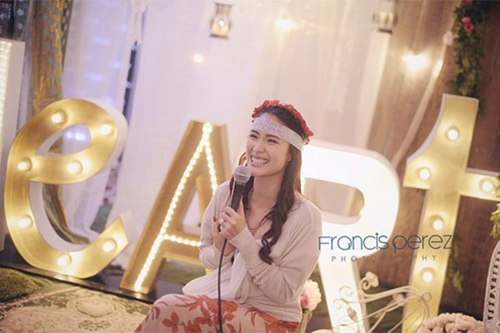 A Boho-themed bridal shower was organized by some of Heart’s girlfriends, sponsors, and photographers Francis Perez and Pat Dy on November 23.

Heart confirmed through her Instagram account that her wedding gown will be designed by Dubai-based designer Ezra Santos.

Her gown for the Manila reception will come from the atelier of LA-based Filipino designer to the Hollywood stars Monique Lhuillier.

The bride-to-be did her fitting at the designer’s LA shop on December 21. 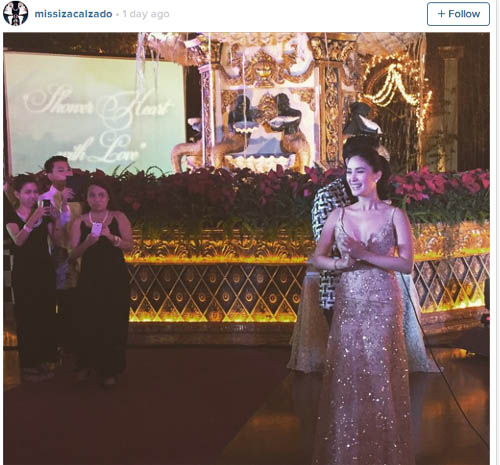 On January 12, the second bridal shower was held in Fernbrooks Gardens, New Alabang.

Here's to give you a glimpse... 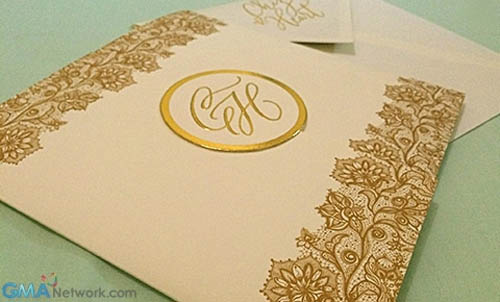 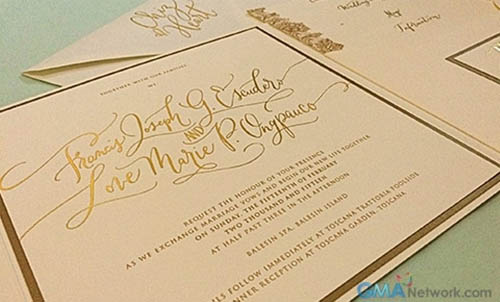 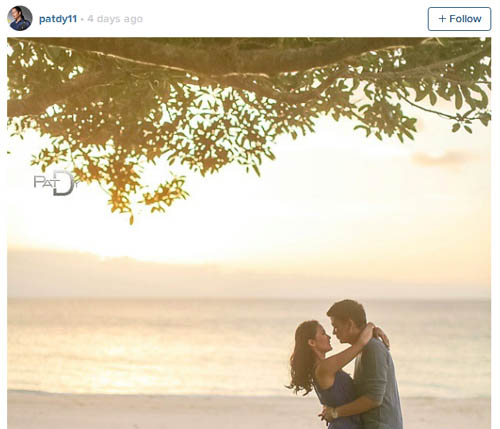