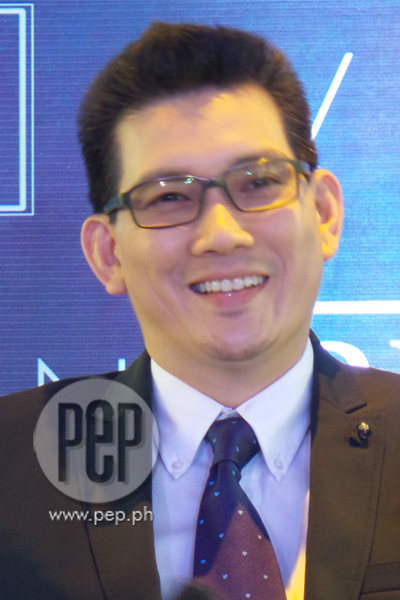 Richard Yap on surpassing the feats of his last series: “I think Be Careful is something that’s really very hard to duplicate. So I don’t expect to do another teleserye that will last for that long. I think that’s expected because Be Careful was really phenomenal so I don’t think I’ll be disappointed if we do a show that is less than six months.”

Four years since he became visible on TV via My Binondo Girl, the Filipino-Chinese actor seems more at ease now with his stature as celebrity.

And though Richard maintains his “you-cannot-please-everyone” conviction, he’s well aware that he’s no longer just answerable to himself, but also to all the brands he represent and the people who support him.

One thing he had to accept was that vanity is part of his profession.

He said, “I think it’s part of being a celebrity. You have to be presentable all the time.

“I think it’s something that is your responsibility when you go out.

“Dapat presentable because you don’t only represent yourself. You represent all the brands that you endorse.

“So I can’t go out smelling bad because I now have a perfume.”

He is the brand’s first-ever male endorser in the country.

When asked how the collaboration became possible?

“…when I met an Avon lady I think last year,” Richard replied.

And after a few months, the direct-selling company came up with his signature scent, which was described by the actor as “not too strong, something that does not overwhelm me; it’s a bit light, musky.”

Now let’s find out how he plans to surprise his fans this year, plus why he charms a lot of women despite his elusive persona.

1. The 47-year-old star’s only beauty secret is “don’t worry about a lot of things.”

He added, “…just trust in what you can do, the rest, just leave it up to God.”

2. When working on something, he doesn’t let the pressure affect him.

“I just keep on doing what I have to do and try to improve my craft in whatever it is that I do along the way.

“So, you know, you don’t really need to worry about the things that may never happen. So just keep on doing what you do best and things will all look great.”

3. After Be Careful with My Heart, his next role, he said, will be different.

“Well, we might be doing something a little bit more serious this time, but not too serious…

“And we might be doing a little bit more action, hopefully."

4. For his phenomenal character Richard Lim , he likes it that “people still recognize you for the role that you play,” but he sometimes sees it a disadvantage “being stereotyped as Sir Chief all the time."

5. He’s not exactly the competitive type but as an actor, he wants to “try a little bit of everything.”

6. Other than showbiz, Richard is also a businessman.

Richard beamed, “We have one at UP Town Center now and then sa Serendra.”

He also ventured into flooring business and a pet hotel in Parañaque City.

7. Nope, he doesn’t count the number of his endorsements, but given the chance, he would want to represent a “watch brand.”

8. His kids, he said, have gotten used to having a famous father. Sometimes, he would oblige to signing autograph requests coursed through them.

Does he still attend PTA meetings? H answered, “No.”

But he’s not really expecting people to embrace his new image.

“I don’t really care about what people say because you can’t really please everyone.

“Of course it’s good that people like you. But even though how likeable you are, there will always be people who won’t agree.

“So you don’t really have to worry about that much."

10. Lastly, he shared his goal: “Well, I’m hoping to do more things this year, hoping to do things that people have never seen me do.

"Hopefully I’ll be a surprise to a lot of people.”