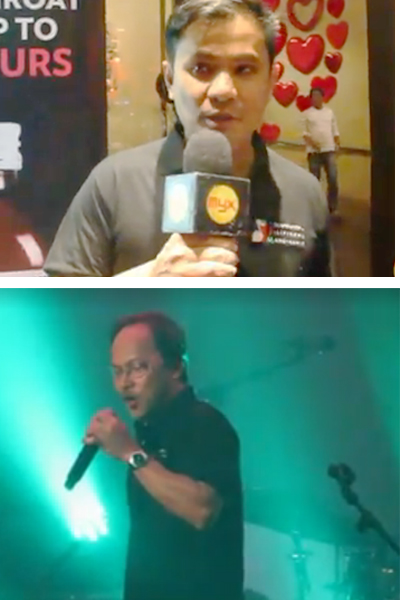 Ogie Alcasid (top) and Noel Cabangon (below) at the recent general assembly of OPM last February 4, in Teatrino, Greenhills.

Led by Ogie Alcasid and co-presented by Bactidol, three major topics were brought up.

2) FILSCAP President Noel Cabangon announced that the last week of July was declared via Proclamation No. 933, s. 2014,as "Linggo ng Musikang Pilipino."

This aims to "regulate domestic and foreign concerts; determine the amount of equity fees from all foreign lead artists, minor artists, and performance workers; grant Tax Credits to broadcast organization; review system of royalties for original musical works of Filipino creators and owners; devise an accreditation System for artist-performer and artist-composer guilds."

A group of artists called Musicians against HB 4218 Alliance, however, has apprehensions about the bill.

Ogie clarified that the bill is not preventing foreign musicians from performing in the country.

“That is totally wrong. We need them for our equity,” he said.

Meanwhile, the next 12-hour OPM Festival is set to happen on March 14, at the Bonifacio High Street Ampitheatre, from 12nn to 12 mn, for free!

POLO FOR A CAUSE. Forbes Magazine's Notable People of the World Butch Albert continues to blaze trails and inspire others to do the same.

He recently organized the annual FILA Polo Cup at the Manila Polo Club, in cooperation with iSportlife Ministry Inc., to continually help the Yolanda survivors in Leyte.

In an interview, Butch added, "...the whole objective is building more homes and fostering children."

And as announced during the Polo Cup program, over 350 homes have been built so far since 2013.

Albert, a very busy businessman, personally oversees and flies to Tacloban to supervise the building of these homes. 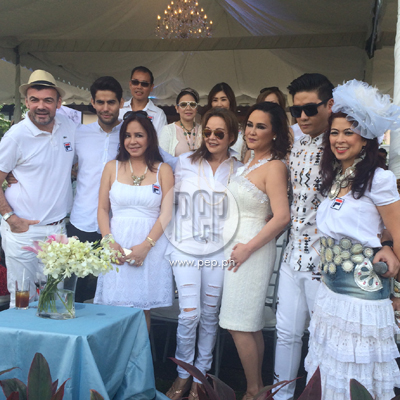 The high-society event was hosted by Tim Yap and Tessa Prieto-Valdez.