Julia Barretto on Just Julia, Beautiful @ 18 party: "...it will really showcase who I really am behind the camera." 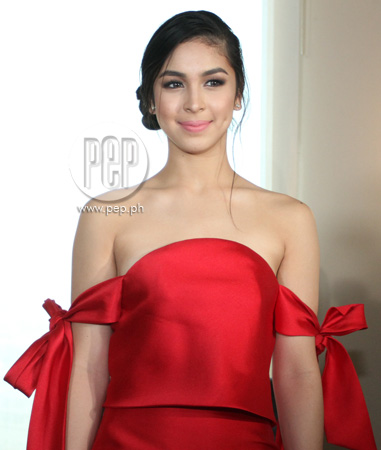 “Everything that I have achieved is because I'm a Barretto... Pero sa special na 'to, the title is Just Julia because it will really showcase who I really am behind the camera,” says Julia Barretto about her 18th birthday party.

Julia Barretto is all set to welcome adulthood as she celebrates her 18th birthday on March 10.

At her press conference held on March 4, the daughter of Marjorie Barretto and Dennis Padilla explained why she picked that title.

“When they explained it to me, I really liked Just Julia kasi parang I'm always associated with being a Barretto.

“Everything na lang that I am is according to everybody.

“Everything that I have achieved is because I'm a Barretto.

“Pero sa special na 'to, the title is Just Julia because it will really showcase who I really am behind the camera.

“They can see that I'm a teenager like anybody and what makes me just Julia.”

At present, Julia can't tell yet the changes that await her when she turns 18.

“It's such a hard question every time they ask me what I look forward to when I turn 18 or what do I expect kasi I really don't know,” she smiled.

However, she is aware that as she turns a year older, there will be more responsibilities.

She added, “They expect you to be mature, wiser in making decision.”

GUESTS. Her dad, with whom she had a rift in January, had recently confirmed his attendance.

How about her titas, did she invite them?

Is she hoping her mom, Tita Gretchen, and Tita Claudine will reconcile in the party?

Her brief answer: "I think that's the purpose of my debut."

The gray and silver-themed party of Julia will be held on Wednesday, March 10, at the Rizal Ballroom of Shangri-La Hotel in Makati City.

VIEW PHOTOS Info about Julia Barretto's upcoming debut: is it really worth P5M?

Its special TV coverage/ special will be aired on ABS-CBN's Sunday's Best on March 29.