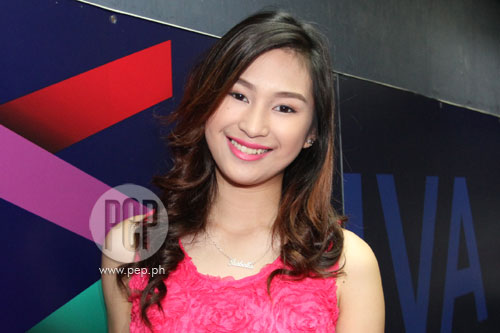 The 13-year-old aspiring singer was accompanied by her father/character actor Roi Vinzon, who did over 45 movies under Viva Films. 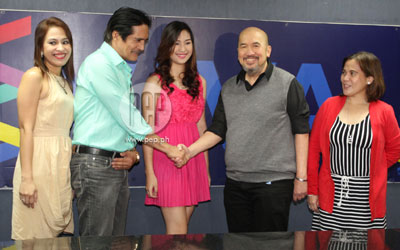 Admittedly a protective father, Roi advised his daughter to be wary of guys who have no qualms about breaking a teenage girl’s heart.

Currently a first year high school student in St. Scholastica’s College, Isabela maintained that she’d rather focus on her studies and start a singing career than get into a relationship at an early age.

After the contract signing, Isabela showcased her talent by singing a few lines of Etta James’ “Something’s Got A Hold On Me.”

Then, she further shared that her interest in singing was probably influenced by her mom Jen, who was part of a band called "The Boss."

Among the local artists, Isabela said that she idolizes Popstar Princess Sarah Geronimo, who happens to be one of the prized talents of VIVA

Aside from singing, she’s also open to trying her luck in acting eventually.

Given the chance, she would love to work with teen icons and fellow VIVA artists Nadine Lustre and James Reid.

As for her first project, Isabela said that she will start working on a music video anytime soon.