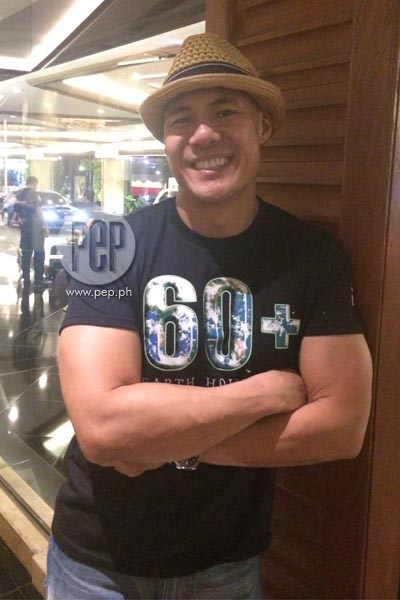 Rovilson Fernandez on being taught to love and appreciate nature at an early age: “That's why we are such advocates because I was taught about the environment as a child and I grew up to love nature."

Rovilson Fernandez recently conquered the Asian showbiz circuit when it was announced that he and long-time buddy Marc Nelson will be hosting Asia's Got Talent, the Asian franchise of the globally-renowned Got Talent reality show format owned by Simon Cowell.

Despite his success, Rovilson, an established and respected host on local TV shows mainly on GMA and GMA News TV, continues to share his blessings by supporting various advocacies.

The two have been WWF-Philippines (World Wildlife Fund) ambassadors for several years now.

Earth Hour is a global initiative to conserve energy that was started in 2007. It urges as many citizens from all over the world to turn off their lights for 60 minutes at the designated hour each year.

The country has been part of this initiative through WWF- Philippines, which, since 2009, has been encouraging greater public support at the town and city participation levels.

“I’d like to teach a child everyday the wonders and joys and miracles of the environment."

He said this was instilled in him when he was a child.

“That's why we are such advocates because I was taught about the environment as a child and I grew up to love nature."

BREAKTHROUGHS. He couldn't exactly recall how many years he has been part of WWF already.

PEP asked, "Has it gotten easier or harder through the years?

He answered, "No, no in fact it gets easier.

“What gets harder is the difficulties we face, the damage every year.

“It gets harder, bigger, and we just have to spread the gospel of what we're trying to do here, farther, to more people."

With a big smile, he added, "It gets more fun every year for sure. The group grows, the WWF colleagues grows and I look forward to this [Earth Hour]. This is circled on my personal calendar every year."

When the Earth Hour presscon was held, the French President François Hollande had just visited the Philippines after holding climate change talks with the government.

Rovilson shared his reaction to this environmental breakthrough.

"That's great! I love that a huge country is conscious enough to not only reduce their emissions but also find alternative ways...

“I wish bigger countries, the countries that are the biggest offenders of climate change and carbon pollution would follow in the footsteps of France, but it's a start."

QUEZON CITY GOV’T SUPPORT. This year's Earth Hour will be commemorated for the first time via a main switch-off event sponsored by the Quezon City government led by its mayor, Herbert Bautista.

Rovilson said pre-event festivities will kick off the main program which will culminate in the main switch-off on March 28, from 8:30 to 9:30 p.m.

He enthused, "If you show up a little earlier, we'll have events, talks… We'll have entertainment. It will be a fun family atmosphere!"