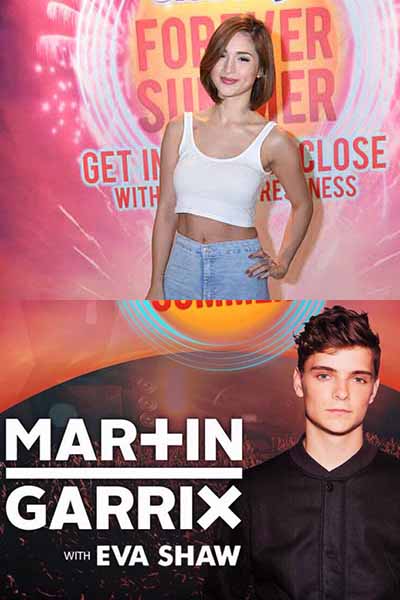 Dutch DJ and music producer Martin Garrix is set to return to Manila on May 16!

Close Up Forever Summer, the first-ever crowd-sourced party in the country, is back for another year!

This year, Dutch DJ and music producer Martin Garrix will headline the music fest. Martin is the man behind the massive hit “Animals” which he released when he has 16 years old.

According to the program, the Australian sibling-duo Angus & Julia Stone will start off the afternoon party on May 16 with a folk-pop acoustic set.

Sinyma, Autotelic, DJ Nix Damn P with Motherbass, and BP Valenzuela comprise the local artists who will also perform at the concert.

She said, "As this year's Close Up Forever Summer promises indie acts in the afternoon and EDM in the evening, it’s perfect that Close Up can get you intensely close with intense fresh breath from day to night."

In a press release, senior brand manager for Closeup Gem Lafortez said that they weren’t prepared for a music festival this year, but then requests for another round of hours of partying poured in.

“Last year, Closeup organized the world's first crowd-sourced music festival, asking an audience through social media to choose what they wanted to see during the event.

“We weren’t too sure if we were going to do it again this year, but because the crowd asked for it, here we are.”

The brand asked the followers through Facebook which genre they would like to hear in the upcoming music festival, indie or EDM.

According to Unilever’s head of public relations Apples Aberin, the fans would like to have both indie and EDM artists on the lineup.

She said, “People were pretty much split on whether to have EDM acts or Indie acts at Closeup Forever Summer.

“After seeing the results, Closeup has decided to take it to the next level, by combining indie and EDM in one music festival."

Close Up Forever Summer is set on May 16 at the MOA Event Grounds. Tickets are on sale through SM Ticket Portals at P4,000 for VIP passes and P2,500 for a Gold passes.

Discounts are available for those who will buy a pair of tickets, which will be sold for P 6,500 for VIP passes and P 4,000 for Gold passes.