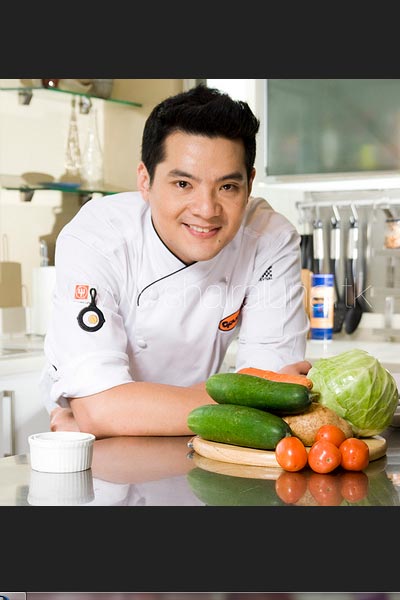 Chef Tristan Encarnacion explains why they chose balut as their dish of choice for the record-breaking attempt: “Normally, it's a dare na to others and it's not, like to foreigners it's not taboo... parang outside the Philippines it's always like a must. 'If you go to our country you must try the balut.'”

According to A+E Networks Asia Philippines Country Head Jacque M. Ruby, the History Channel has tapped five local partners to help set and break six World Records in different categories in a week-long program to be held in different parts of the country (including Market! Market!) starting April 12.

The six records will be set and broken by Shakey's, The Medical City, Ropali Motorcycles, OraCare, and the Center for Culinary Arts (CCA).

For its special category called Most Number of Balut Recipes, the CCA will attempt to cook and serve 100 balut recipes, all prepared on the same day.

WHY BALUT? Chef Tristan Encarnacion, an instructor in CCA, explained why they picked balut as their choice dish.

He said in an interview held recently, “Kasi 'di ba, balut is considered like a dare?

“Normally, it's a dare na to others and it's not, like to foreigners it's not taboo... parang outside the Philippines it's always like a must. 'If you go to our country you must try the balut.'”

When it comes to Pinoy dishes, adobo is more top-of-mind than balut. But even then, Chef Tristan reiterated that they didn't consider any other option, not even adobo.

During the press conference organized by History Channel, he dared some of the media guests, “Kung mayroon ganoon, I will definitely call you!

"You'll be the first one! That's a dare! Don't worry, trust me, it's going to be very delicious!”

LEAVING A MARK ON THE GLOBAL CULINARY MAP. He says that the CCA's participation in this activity can help the Philippines leave a mark on the world culinary map.

“So what if we make another step of promoting balut in a different way para mas ma-enjoy nila?

“It will make it even palatable, it will put balut on a different level para everyone and anyone can enjoy, even the kids!”

We asked him how many balut recipes he has come up with and he answers, “So far, honestly I now have five recipes that are fully developed: the balut shooters, the balut smoothie, the balut paté, sizzling balut, and my version of balut souffle.”

AIMING FOR 100 RECIPES. In order to reach their target of 100 balut recipes, Chef Tristan said they'll keep “working on some more, of course with my colleagues, chefs and instructors and students so basically this is a group effort, a CCA effort.”

He says that in order to qualify, each of the recipes must have “everything with the hair and the beak, with the eyes staring at you, with the feathers!”

Is Chef Tristan a big fan of balut?

He quickly answered, “Honestly, yeah, but not yung malalaki na, the smaller ones.

"Yung malalaki, honestly, I had this is not naman a traumatic experience. But it's quite an experience na I had the beak parang stuck in my tooth. Parang 'pag 'di mo mamalayan...”

He smiled and recounted, “That was, first time, I was small, I was still, not a toddler, pero that was a long long time ago, when my sister fooled me and said, 'Hey here is the balut,' you know, typical sibling rivalry.”

Did he ever attempt to get back at her? Or anyone else?

Laughing, he admitted, “Get back, siguro with the new recipes of balut, yun na lang.

“To those who don't eat balut at all. I'm not trying to get back, but it's more of, I want them to enjoy.”

He said his most convincing line for anyone to try balut would be, “It's made by Filipinos, for the Filipinos to create Filipino cuisine.”