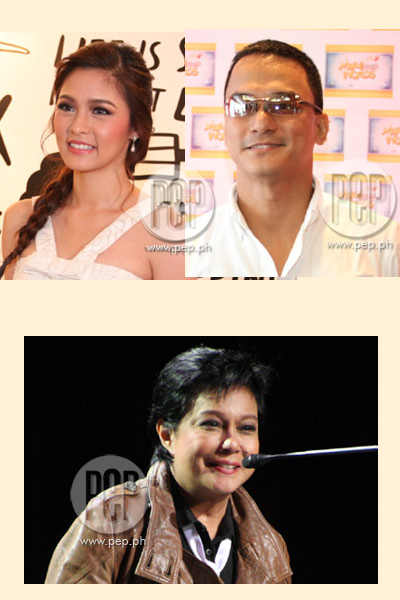 More so in the Philippines.

We have different types of slang for different sectors. We have street slang, the jeje slang, the showbiz slang, and, of course, the very colorful and funny, gay slang or gay lingo.

Our brothers and sisters in the LGBT (lesbian, gay, bisexual, and transgender) community are smart and creative, sometimes cryptic, in coming up with phrases or terms, some derived from the names of celebrities and iconic figures.

Here are some of the more popular expressions you may have heard from your make-up artist or your gay bff:

Meaning: snore, snoring, or someone who snores while sleeping.

What will I eat? Na-jobos Fernandez na ang ulam.

Mao Zedong or Mao Tse Tung, Chinese communist leader and the founding father of the People’s Republic of China

Gardo Versoza has another usage

Meaning: caught, caught in the act

She broke up with her boyfriend. Na-julie Andrews kasi niyang may ka-date na iba.

Meaning: deadma, pretending not to notice

I was speaking loudly but he pretended not to hear. Dedmadela siya.

I can’t afford to buy the bags of my celebrity idols. Masyadong Mahalia Mendez.

Hilda Koronel is used in place of “dako.”

Meaning: dako, a Visayan word for big, as in gifted, uhm, down there. Applies to men.

Remember the tabloid story circulating in the ‘90s. According to Rachel Lobangco, Jestoni Alarcon is a “biggie.” Hildakoronel daw, ‘day!

Meaning: characterized by a bad smell, a foul odor

I went to the public toilet and I immediately left. Smellanie Marquez sa loob!

Meaning: just lying in bed and not doing anything, a boring sexual partner

He may have a big tool but he’s so boring. He’s Laila Dee.

Have more to add? The space below is yours.