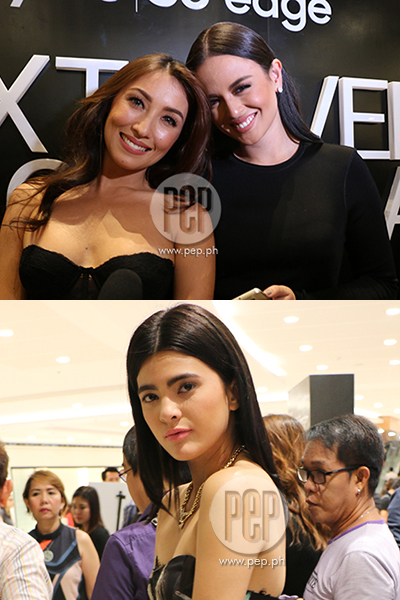 There are a thousand ways where our smartphones can be useful.

Now what can they say about the gadget they're endorsing?

Solenn told PEP.ph (Philippine Entertainment Portal) and other members of the press, she's gonna help promote "how beautiful the quality of the picture is” with its 5 megapixel front camera and 16 megapixel rear camera, which are perfect for their favorite pastime—taking selfies.

Georgina added, “Actually, lahat ng people, when they take selfies with us on this phone, they’re like, ‘Can we buy from you, please?’ It’s amazing! Super clear siya!”

Marilou Co of Mariou Jewelry created the world’s most expensive case which is made of 18k yellow and white gold and bejeweled with 60 brilliant diamonds.

PEP had the chance to chat with Asia’s Next Top Model Season 2 runner-up Katarina Rodriguez, who finds the camera "really, really amazing" especially for Instagram and Twitter users.

She remarked, “You’ll have good quality photos from my camera and it’s easy to post straight from your phone.”

She liked the smartphone’s screen size. 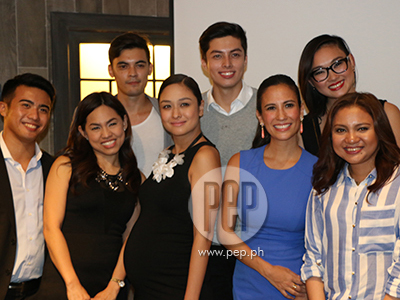