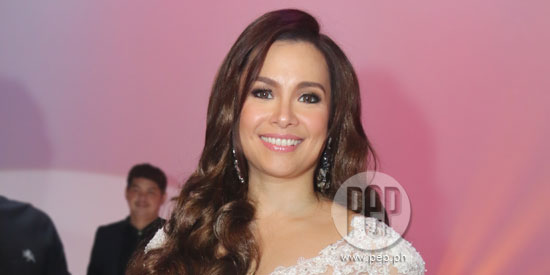 Lea Salonga reveals it felt like she was letting down her countrymen during her worst time early on in her career on international stage.

“The path to success is not an easy one,” said Lea Salonga, looking back to her long career as an international performer.

Lea Salonga couldn’t help but feel emotional as she recalled how she almost lost her singing voice during the premiere run of Miss Saigon in London in 1989.

Chronicled in Marie Jamora’s short film for Cream Silk Portraits: A Celebration of The World Class Filipina, Lea shared that she was only 18 when all of a sudden “there was nothing coming out” of her voice.

“I knew something was not right.

“I very well know as a technical singer because I know what happens when technique is wrong.

“You could very well destroy the one thing you have that earns you money for your family.

“Because I know the horror of what happens when that thing fails, when your instrument decides to rebel and stop working for you,” Lea related in the film.

Fortunately, she got over that bump in the early phase of her career with the help of the people who love and care for her.

She said, “There are so many people to credit for the getting over everything.

"My mom for being there everyday, for the doctors and my teachers.

The short film was presented at The Theater in Solaire Resort and Casino last Tuesday night, April 21.

In an interview with PEP.ph (Philippine Entertainment Portal) and a few other entertainment reporters, Lea related that she felt emotional while watching the film because it brought back memories of that difficult time in her career.

Truth be told, she said that she never expected to be given the privileges that she experienced since she debuted in the London theater.

“Now it’s not just the performing, the getting up, the doing the work... it's not that.

“It’s taking advantage of the environment that I find myself in so that I can really say that I’ve seen the world.”

At the time when she thought she could not perform her utmost best, she said she felt like she was letting down her countrymen.

Nevertheless, Lea revealed that representing the country never felt like a huge burden to her as everyone had been appreciative and supportive of her endeavors in the London stage and, later on, Broadway.

“It’s only a heavy burden if either they don’t notice or don’t care [or] they take you for granted.

As for the criticisms, which go with the territory, Lea shot back that she doesn’t really mind if it involves her work.

“It’s never easy handling criticisms. You take it in stride and you just say, ‘Ok this is a criticism not on my person but my performance.’

“And those ones are easy to handle ‘cause it’s like walang personalan ‘to.

"You’re critiquing my work, that’s fine kasi may karapatan ka naman if you’re an arts critic or a theater critic.

"By all means I can bear it, but if you critique my life, you know what, it’s a territory that’s a little delicate.”