Mariel de Leon all set to join showbiz; says no to love for now 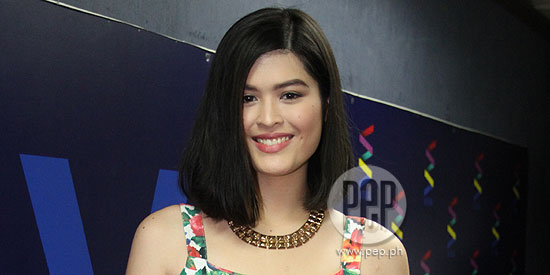 Mariel de Leon, the daughter of Christopher de Leon and Sandy Andolong, has officially signed a five-year-contract with Viva Entertainment.

Proud dad Christopher even accompanied Mariel at the contract signing held at the Viva Entertainment office on April 23, 2015. 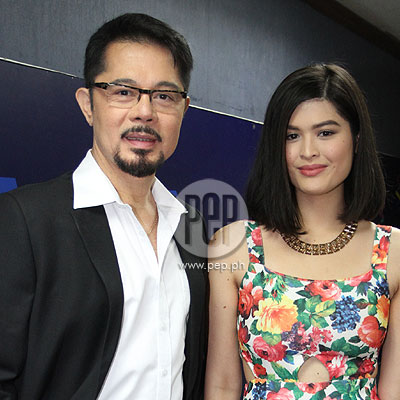 Unfortunately, her mom Sandy couldn’t make it, as she was still recuperating from her recent kidney transplant.

“She had a kidney transplant. She was sick. She needed a new kidney.

“So she got a transplant. She’s healing naman. She’s OK na.”

Upon her return, she joined and made it as one of the candidates of Binibining Pilipinas 2013, which was eventually won by Ariella Arida.

Is joining a beauty contest a stepping stone to becoming an actress?

“Someone asked me if I was interested to join. Seeing all the Miss Universe and stuff, I wanted to do it. So yeah. I also thought of it as a stepping stone to showbiz,” Mariel told PEP.ph (Philippine Entertainment Portal).

Despite her failed bid to bring home a title, the young actress said she plans to try her luck again since she’s only 21 years old.

“For now, I don’t think I’ll join yet. Maybe in the future,” she said.

“When I was younger, I felt like I didn’t fit in an office job.

“I felt like I wanted something bigger. So I wanted to join showbiz.

“Growing up, I always went with [my parents] sa set taping so I was exposed to that. I want to explore that.”

One advice her dad gave her, Mariel said, was to always be nice to people, and to have fun.

Did her father warn her about the dangers of romance in showbiz?

The soft-spoken ex-Binibining Pilipinas candidate said, “No naman. I guess lovelife, we don’t really talk about it. Protective siya.”

She added that it was actually her mom, Sandy, who told her to avoid boys and stay focused on her work for now.

Asked who she wants to work with among the popular celebrities, Mariel said she’s a big fan of Anne Curtis.

She also admitted that she has a crush on Kapamilya actor, JC De Vera.

“I just find him cute. I’ve never met him.