Why it can be interesting to visit U.P. Town Center 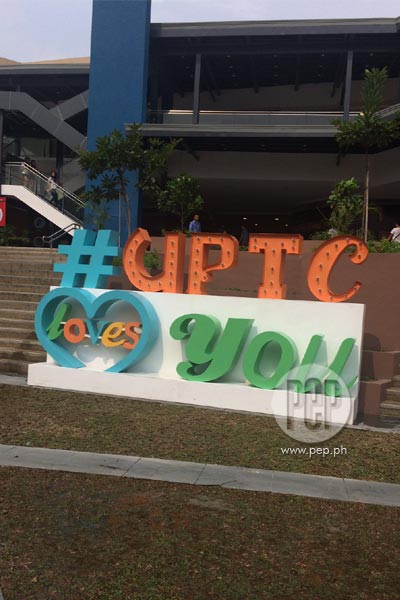 Since it formally opened in 2014, U.P. Town Center has been attracting a steady stream of regular patrons. Although targeted primarily for the student market, the country's first university mall is slowly establishing its niche as the go-to hangout among true-blue Quezon City residents.

If you're a true northerner, you've probably chanced upon the U.P. Town Center on Katipunan Avenue since it formally opened in 2014.

It's been expanding steadily, and since May, the country's first and only university town Center is growing upwards and sideways.

On a special media tour, PEP.ph (Philippine Entertainment Portal) was given the chance to check out what makes U.P. Town Center worth a second, a third, and even a fourth visit.

Ayala Land Inc. Senior Division Manager for Commercial Business Group Mark Sablan took us to a quick tour of the mall, informing us of its latest offerings along the way, 12 of them:

1. With 40 new shops that opened this May, there are three new floors to explore for dining and retail concepts.

For the sporty PEPsters, active lifestyle brands are all there, among which are Planet Sports, Titan, and Urban Athletics.

For the techies, there are I.T. stores like Digital Walker, Switch and Datablitz.

2. Yes, Trinoma is something any well-respecting northerner is familiar with, but according to Mark Sablan, the comparison ends there.

He said, “First, because of the positioning of this mall, we would like to make this university town similar to retail developments abroad, in the U.S. particularly, wherein you have a retail as well as a row of dining just beside a university.

“We are trying to replicate that here so this is what we call the country's first and only so far, university town.”

3. We can't overstate the fact that U.P. Town Center is a mall for and used by students, such as the development of the second department store of Wellworth in the Philippines.

The first one can be found in Ayala Fairview Terraces.

He stated, “Here we have to tweak the concept of Wellworth because we want it to be younger.

"We explained to them that the community here, the market here is we want to have that youthful vibe because we want to attract the students, so they also have to adjust.”

5. Paper Stone is a concept from Singapore selling cutesy and quirky stationery items and with the renewed interest in crafting and DIY, this store is definitely a pitstop for serious crafters.

Not into that kind of creative stuff? That's fine, because National Book Store is also there for all your school needs.

6. Let's go back to the fact that the first floor dining options can be found alongside imported brands and fashion such as Terranova, American Eagle, Factorie, and Typo.

7. The U.P. Town Center did not forget our furry friends with the inclusion of Animal House from Bangkok.

Pets are welcome anywhere, with a lot of open spaces for them to roam and run to their heart's content!

8. And because this is a university town mall, local and strong fashion brands are still here such as Penshoppe, Bench, and Folded & Hung, to name a few.

9. Also, because of the Ayala Land Inc. deal with the University of the Philippines, Mark Sablan said the mall lives up to its environmental commitment.

He disclosed, “The agreement and commitment to the U.P. is to keep a lot of spaces open, as much as 40 percent of the spaces will remain open.”

“Especially if you have a lot of restaurants, still people would like to have that indoor outdoor feel, the al fresco dining experience especially when you have your dinner or during the cooler months.

“Also, I know it rains six months of the year but we believe in Ayala that the indoor outdoor feel is very important when you deal with restaurants because they feel that people still love the outdoors, mainit but we manage.”

And, yes, while the U.P. Town Center does not feature many of the high-end brands as they do in bigger malls, Mark Sablan said that it is intentional.

He stressed, “We cater to the students most especially because that's the primary community here and, of course, the academicians as well as the neighboring communities... We are very conscious in designing the tenancy mix vis-a-vis Trinoma.”

11. How's this for another good reason for coming to U.P. Town Center again and again? A cinema will open in the next phase of development by 2016.

12. As a bonus, the U.P. Town Center also has the basic vanity services such as a nail salon (Nail Tropics), a waxing salon (Hey Sugar), and barber shops.