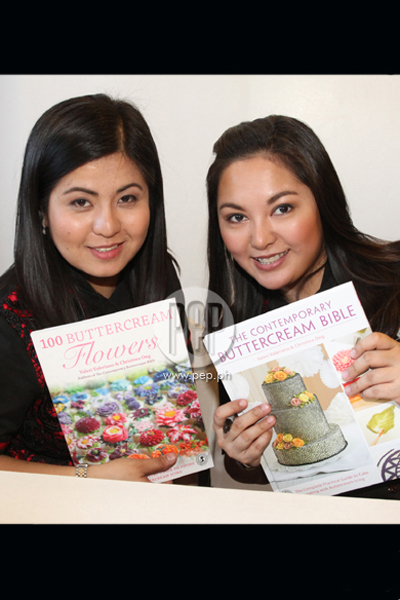 Valeri Valeriano (right) says they don’t have any idea about baking and never tried it before. “From the Philippines, wala talaga kaming alam into baking. Basically nag-Internet lang kami to check for recipe.”

Life has been so unpredictable to Christina Ong and Valeri Valeriano, who started as caregiver and nurse, respectively, but are now hailed as the masters of the buttercream art.

Who would have thought?

PEP.ph (Philippine Entertainment Portal) spoke with Cristina and Valeri during the book signing of the book they co-authored, the100 Buttercream Flowers, at Fully Booked in Bonifacio High Street,Taguig.

Valeri shared how they started baking cupcakes, “Basically, we used to be nurses, yun talaga kami when we went to London.

“And then after doing some agency work, we joined parang agency nursing.

“After we did the agency nursing, napunta kami sa two different families as pediatric nurses.

“They treated us like parang anak. We gave them a bouquet of flowers and a card.

“And the year after 2011, sabi namin Mother’s Day ulit, parang if we give another bouquet of flowers and a card, boring.

“So instead of buying another bouquet of flowers, sabi namin… one of them [family], she was really addicted to cupcakes.

“From the Philippines, wala talaga kaming alam about baking.

“We never tried baking whatsoever and so, basically, nag-Internet lang kami to check for recipe.”

A DISCOVERY. Christina and Valeri started baking cupcakes following the simple procedures they watched on YouTube.

Valeri said, “The first thing that got our attention was how to make a sunflower cupcake using buttercream and ziplock bag lang.

“Mukhang kaya… that was how we got so interested about it and then Christina said, maybe if there’s sunflower meron din other flowers.

“Click lang kami ng click, and then we saw a tutorial na how to do a cupcake bouquet.

"So sabi namin, instead of a normal flower bouquet, mas maganda, we do an edible bouquet.”

“On Mother’s Day, we gave them [the family] cupcake bouquet.

"They were so happy and then one of the families told us why not to make it into a business.” 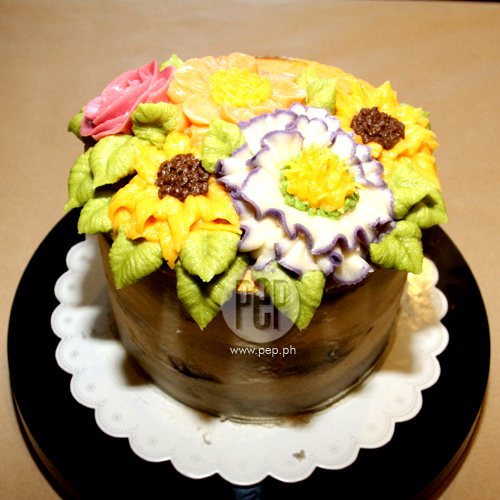 Sample of buttercream blooms made by Valeri and Christina

Since then, they have been featured in local and international television shows, magazines and exhibits.

Christina explained they’ve given up their nursing career, “We’re full time in doing this [buttercream art].”

“We came into a point na it’s sustaining us already, both of us."

Valeri, meanwhile, happily shared their next plan,“We will be opening a shop here in the Philippines.

“Actually we really haven’t announced, first in PEP! We will be bringing all the new-stuff cake.

“Also, we’re gonna work on our third book, and we will get back to normal then this July."

"Another big thing that we are going to do, hopefully, early next year is to hold the biggest cake show in the Philippines.”

The100 Buttercream Flowers has been translated into seven languages.