Divine Lee embraces her life as a single woman: "I'm enjoying it actually." 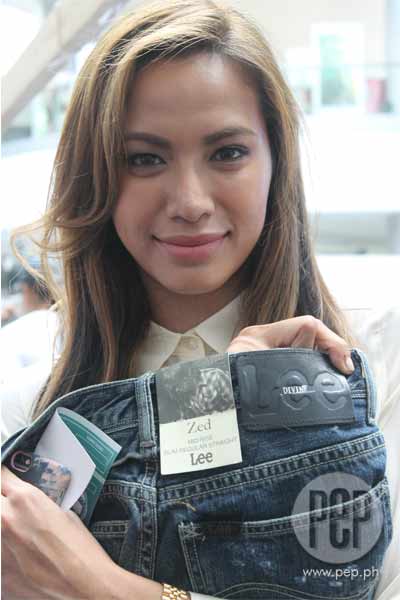 Divine Lee doesn't let a breakup stop her from being happy. She is loving her new single life, and is exploring what the world has in store for her.

Why is being single so underrated?

There is absolutely nothing wrong with being single, and Divine Lee has already embraced that.

Even if she is known mostly as a dress person, she actually loves wearing jeans—men’s jeans, to be exact.

“It’s the comfiest thing you can actually wear,” Divine said.

REDISCOVERY. Back to being single, Divine seemed to be full of spirit, despite her recent breakup with long-time boyfriend, Victor Basa.

When asked about the reason behind their split.

She told PEP, “It is about growing up.

“It just that it seems like what I was doing and what he was doing, hindi na sabay.”

She said there are no hard feelings about their split.

Divine also realized she no longer has to worry about someone else having to like what she does.

Now that she's single, it is all about what she wants to do.

“Sometimes when you’re with someone na matagal mo nang kasama, parang you tend to do routine.

“Ngayon, like halimbawa, I want to go somewhere. We went to Batanes, and I’ve never been to Batanes.

“You don’t have to really control someone else."

BFF JEREMY FAVIA. Of late, wherever she goes, chef Jeremy Favia accompanies her.

They were together in Boracay, Cebu, and, recently, Batanes.

We asked the guy, "Are you courting Divine?"

He quickly said, "No," before adding that they've been friends way, way back, and got reconnected only recently.

Divine also told PEP that there's really nothing between them.

She has set her mind on finishing MBA (Master in Business Administration) online course, which requires her to take quick trips to London to attend some requirements.

Then, after MBA, she will take up a short course related to managing a restaurant.

“I’m doing a lot of things that I’ve never done before, then I’m going to places I’ve never been.

"So I think I’m really enjoying.