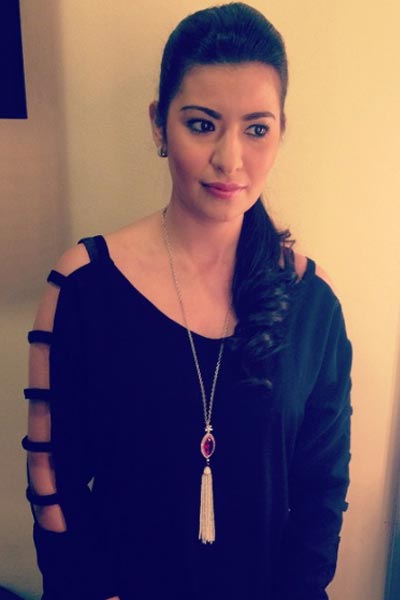 With her husband, Jules Ledesma, leaving politics soon, it looks like Assunta da Rossi will have her wish to have a baby sooner than expected.

It has been a while since Assunta de Rossi-Ledesma has been in the spotlight.

But every now and then, the public gets glimpses of her on television or the silver screen.

At the Swiss Timepiece Bomberg launch at Chaos, City of Dreams, Assunta revealed to PEP.ph (Philippine Entertainment Portal) that being Mrs. Jules Ledesma has its drawbacks.

FAMILY BONDING. Having a politician as head of the family has certainly kept them from having vacations together.

Despite the lack of family outings, her kids are still able to get some time away from the city.

They recently had a five-day vacation in Taipei with their relatives.

For Assunta, it is important that her kids get to have opportunities to discover new cultures.

Having had a multi-cultured family background, she hopes her kids will be able to experience the same.

BUNDLE OF JOY. Along with aborted plans for a family vacation, Assunta also rues putting on hold her wish for a baby until Congressman Jules Ledesma ends his final term in the congress.

She said, resigned, “Siguro next year na when my husband’s out of politics.”