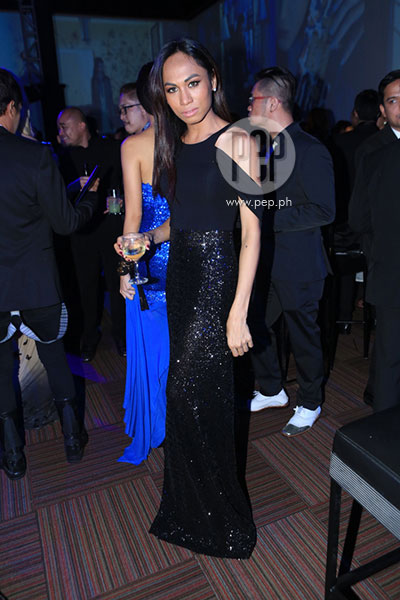 Here's Veejay Floresca wearing her own creation at the Preview Ball 2015. A few weeks back, she made headlines when Valkyrie Nighclub in Bonifacio Global City did not allow her to enter due to its no cross-dressing policy.

Discrimination against gays and lesbians has become more rampant, thanks to social media! 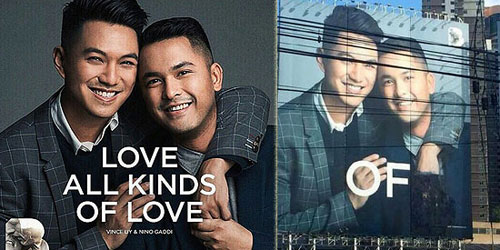 Recently, the same often-discriminated sector of the modern society are on the headlines again, this time in a situation that has been dubbed as humiliating.

Fashion designer Veejay Floresca, who is presently taking up her masters at the Academy of Arts University in San Francisco, California, though born male, identifies herself as “Female” in her California state ID.

She presented that ID upon entering Valkyrie, a party club at the Bonifacio Global City on June 12, and then again, later, for a friend’s birthday bash.

On both occasions, she was refused entry because, according to the bouncer, “cross-dressers are not allowed in the club."

She was able to get in, eventually, but only after pulling some strings and already feeling humiliated.

Sparks flew online wildly after that. Barbs, accusations, and insults were traded on social media, even among the LGBT community.

And here are the things we learned:

1. Hey, gays, lesbians, or whatever you wanna call them exist.

And their fight for recognition and acceptance has been a looooong struggle.

Their voice is no longer a whisper barely recognizable and confined in the dark corners.

Yes, the struggle for equal rights is definitely still a long way to go, especially in this part of the globe, but at least the community is being noticed.

The controversial discrimination at the party club made its way to national headlines.

Ten years ago, it was difficult to imagine that such incident would even be discussed on national television.

2. Remember this one word all the time: respect.

She meant transgender women who are refused entry to Valkyrie have the option to go to a comparatively less exclusive bar.

That was a joke, of course, but Netizens didn't find it funny.

The Becky Nights co-host issued an apology, but only after receiving a violent dressing down from insulted members of the community.

3. In this country, you need to have a name or even the slightest bit of “celebrity status” to be heard. It’s a sad reality.

This gender discrimination brouhaha was blown to controversial and headline-grabbing proportions because it involved a designer with a “name,” Veejay being recognized as one of the three finalists of the first-ever Project Runway Philippines.

If the gender discrimination did not happen to a person with a name and connections, would the “no crossdressing policy” of Valkyrie be under critical scrutiny?

It would have taken another celebrity to be insulted before that policy, which the club denies exists, is criticized.

Many other ordinary transgender women have been refused entry to the club in the past, but those incidents were left unnoticed.