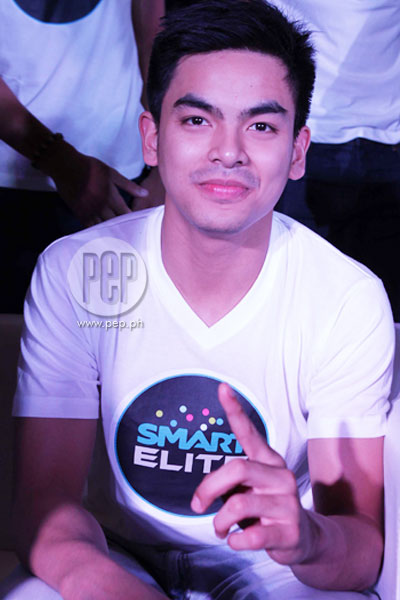 Jonathan Grey encourages the Filipino youths to cultivate their passion for sports.

Have you ever dreamed of meeting Christian Grey, the main character in the best-selling Fifty Shades of Grey trilogy by E.L. James?

However, this Grey is into dribbling and shooting basketball in the National Collegiate Athletic Association (NCAA).

This 6'2" cager started to play basketball when he was in grade five.

And here are seven interesting things about the hardcourt hottie:

2. His showbiz crushes are, “Tatlo sila.

3. Jonathan has only one social media account: @jonathaygrey14 on Instragram.

4. Will he consider a career in showbiz?


5. Aside from playing basketball, what are his other talents?

6. He has been playing for College of Saint Benilde Blazers in for five years. Since NCAA allows a maximum of five years for each player, NCAA 91 season will be his last year.

7. As an athlete, he encourages the Filipino youths to cultivate their passion for sports.