Sef Cadayona: his "bente" has come a long way 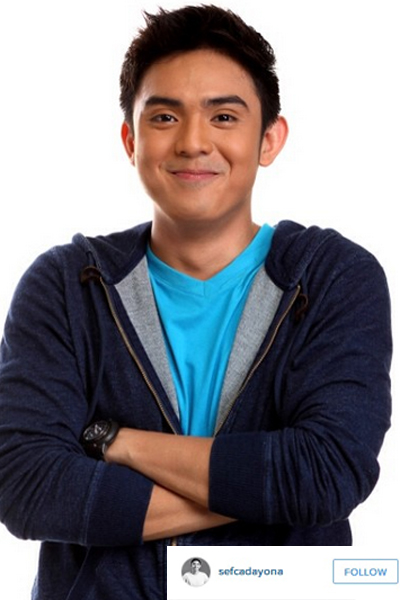 From being the "bente pesos" guy in an ice-cream TV commercial to becoming a StarStruck Avenger, Sef Cadayona is now of GMA's fast-rising comedians.

He was one of the early evicted survivors in the reality based-artista search StarStruck V, but that didn’t dissuade him from pursuing his dream—to become a comedian.

In an exclusive interview with PEP.ph (Philippine Entertainment Portal) during Zen Festival 2015, at Green Sun, Makati City, on August 29, Sef recounted how he joined StarStruck V.

"And then, they were asking me if I want to go to the special audition for the parang commercial artists ganyan, and I said no kasi ayaw ko pumila ng isang buong araw."

But eventually, he went to the audition.

Aside from being a good dancer, Sef is naturally funny.

Where does he get inspiration for his punch lines?

DREAM. BELIEVE. SURVIVE. It has been six years since he joined StarStruck, but the show's motto—"dream, believe, and survive"—he said, has remained relevant to his life.

He may have waited quite a while before his big break came, but Sef had kept on believing that “timing is everything.”

After portraying side-kick roles in different GMA shows, he is now playing the lead role in Juan Tamad, the television remake of a Pinoy comedy film in the 90s.

“I think it is the perfect for them to enjoy watching Juan Tamad."

His showbiz journey, Sef said, is like surviving a series of challenges.