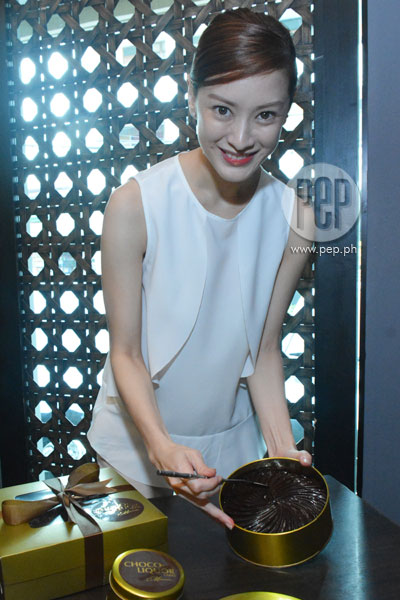 Maricar Reyes-Poon on perfecting the recipe of her choco-liquor cake: "We started developing this cake actually November of last year pa. So talagang proseso siya of research and trying and failing and trying again."

Baking a decadent chocolate cake, according to Maricar Reyes-Poon, is all about trial and error.

The 34-year-old actress revealed how her husband Richard Poon became instrumental in launching her cake business.

“We have this favorite chocolate cake, kami ng husband ko, that we ordered from a homebaker.

“'Tapos sobra kaming na-inspire and then we wanted to make our own.

“And then we also wanted to put up a business na kaming dalawa. It’s either beef noodles or chocolate cake.

THE TRIAL AND ERROR STAGE. Back when she was a high school student, Maricar used to bake. But she fell in love with baking November of last year.

It was her husband who motivated her to keep experimenting until she find the perfect blend of a deliciously-decadent chocolate cake.

In the process of perfecting her version, Maricar took suggestions from Richard, who happens to be a good cook.

She resumed, “From there, he can tell what’s kulang.

To bring out the richness of her chocolate ingredient, she decided to add a hint of liquor.

After several attempts, Maricar decided to use a different kind of “liquor mix” instead of red wine, which overpowers the chocolatey taste of her cake.

It was sometime in July, when they stumbled on a different kind of flour.

The Kapamilya star was satisfied enough to finally launch her signature blend of choco-liquor cake.

“It was so good it became more moist, mas naging uniform yung consistency.

“As much as I want to say perfect na siya, we don’t know. There’s always something to improve.”

THE TASTE TEST. True to Maricar’s promise, this writer found her choco-liquor cake so chocolatey (and a bit milky), with just the right amount of sweetness and a hint of liquor.

The liquor mix didn’t necessarily add an extra layer of flavor to Maricar’s cake (which may be a downside for those looking for a kick of alcohol), but it worked deliciously in bringing out the richness of the chocolate flavor.

A plus point about this concoction was that it’s rich and gooey but surprisingly not greasy, which tends to be the case for moist chocolate cakes. 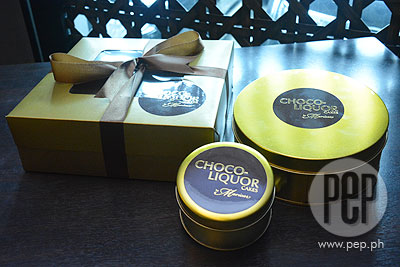 BAKED WITH LOVE. Aside from being hands on with perfecting the recipe, Maricar and Richard also collaborated in choosing the right packaging for the cakes.

“We worked quite hard for it.

“We gained some weight. We had to threadmill para pumayat ulit.

“In the end, sobra kaming natutuwa when we hear people who like it.

On the whole, people are responding positively,” beamed Maricar.

For orders and inquiries, you may send text messages via 09178648282 or follow them on Instagram via @chocoliquorcakes.