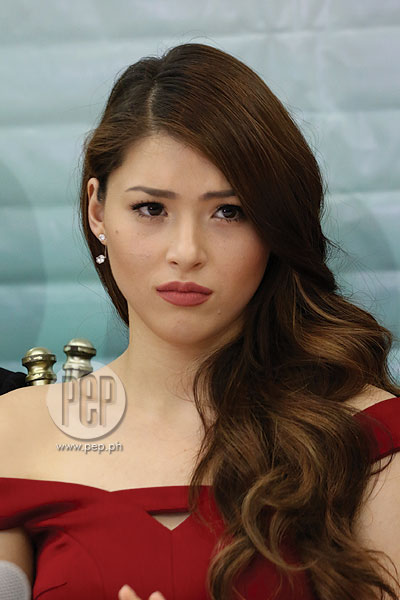 Kylie Padilla is a third-generation actress.

Her grandfather Casmiro Padilla Sr. was a film director. Her grandmother Eva Cariño was a former actress.

Her uncles—Rommel and Royette—had their share of the spotlight, too.

She is the daughter of action star Robin Padilla, the niece of BB Gandanghari, and the cousin of Teen King Daniel Padilla.

Her family connection, however, does not exempt Kylie from the challenges of showbiz which can be harsh sometimes.

IDENTITY CRISIS. The Kapuso actress admitted she previously struggled with finding her own identity and proving herself in the business.

“You think too much of what people think,” she told PEP (Philippine Entertainment Portal) last August 24, when asked about the disadvantages of carrying the Padilla surname.

But that's a thing of the past now.

The 22-year-old star revealed she has come to terms with who she is, albeit, painstakingly.

“I accept who I am now. It was a challenge for me to actually be brave enough to accept that I’m my own person.

“They’re my own mistakes and I have to pay for them, learn from them.”

Being a Padilla definitely made her entry to showbiz easier.

“Hindi ko pinagdaanan masyado yung struggle to have a name, though may pressure para patunayan that I deserve where I am right now,” said Kylie, who plays one of the lead roles in GMA's Buena Familia.

But she clarified that the good roles were not handed to her.

She recalled instances when people would ask to have a photo with her because they idolize her father.

“You can’t help but feel, ‘So, hindi pala ako. Just because of my dad.’ But you give them time siyempre.”

It was for this reason that Kylie has become more determined in proving that she has the talent.

JOYS AND HARDSHIPS OF INDEPENDENCE. Her mom and siblings live in Australia, while her dad is presently in Spain.

Staying here in the Philippines has given Kylie the chance to be independent.

“Yung advantage, you become a stronger person kasi you’re more aware of the things that make you sad, you know why… so di ka na masyado nagtataka kung bakit gano’n.

“Sasabihin mo sa sarili mo, I’ll work for my family, I’ll do this work, and then I can go home and see them. Parang ginagawa ko siyang drive.

"You don’t need to be a personality.”

So has she been enjoying her independence?

“I do and I don’t. Kasi minsan may mga pinagdaanan nga ako na ayokong umuwi.