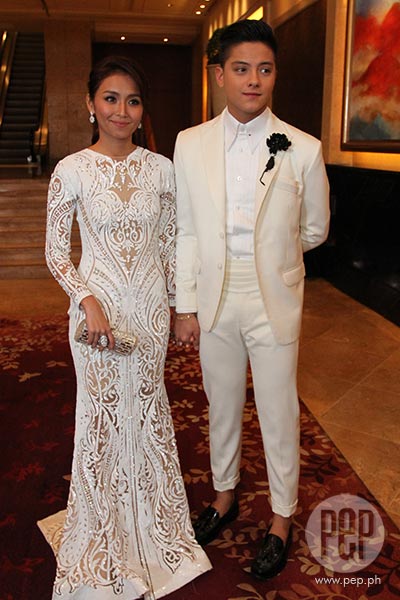 This highly-anticipated celebrity event was truly a night of fashion, fun, and flair.

It was no surprise they emerged as the Best Dressed Couple of the night.

The Couple of the Night award went to Kim Chiu and Xian Lim, a.k.a. KimXi.

Kim shimmered in a Pepsi Herrera while Xian was a classic gentleman in his Francis Libiran suit. 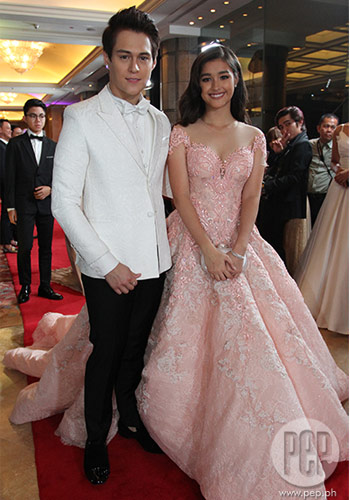 Liza Soberano was the Belle of the Ball in her Michael Cinco gown.

Arriving with her Prince Charming Enrique Gil had all LizQuen fans giddy, "May forever!"

Among the ladies, Dawn Zulueta was a showstopper in her Alexander McQueen dress. With her ageless beauty, who needs frills on the red carpet? 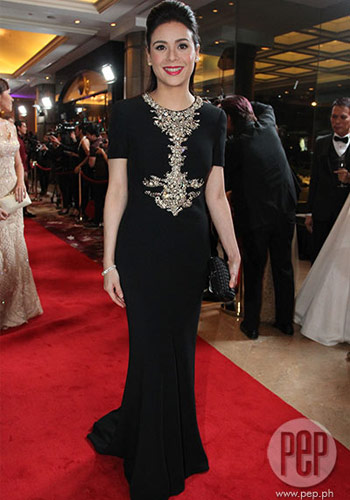 Likewise, in a sea of chiffon and lace gowns with intricate designs and bead work, the white ballgown of Julia Montes and Venus Raj were standouts. Thanks to their designers Albert Andrada and Joel Acebuche! 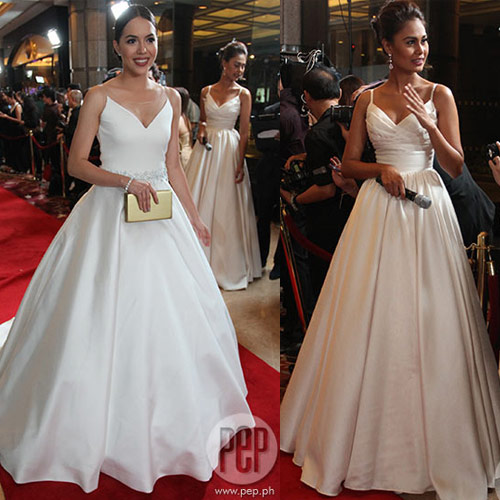 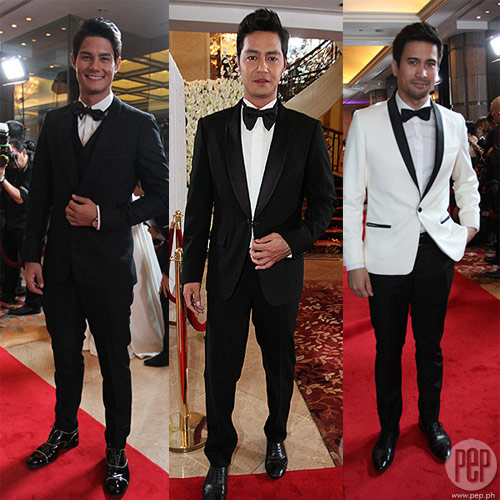 Sam and Julia were hailed as Stars of the Night.

Denise Laurel was The Burt's Bees Charmer of the Night.

IN THE HOT SEAT. Some young celebrities, fresh from their ASAP in London show, found themselves in hot water.

Enrique Gil, who got involved in a drunken incident on board a London-bound plane, asked for an end to malicous comments about the controversy.

“Enough already,” he pleaded in a red carpet interview with the press.

READ: Enrique Gil wants to put an end to malicious comments about his drunken incident: “Enough already.”
Jessy Mendiola, whom Enrique reportedly upset while under the influence of liquor, did not attend the ball.

The actress's mother, Didith Garvida, condemned fans of Enrique who bashed her daughter after Jessy posted meaningful messages about the incident in her Instagram account.

READ: Jessy Mendiola′s mom threatens to file a case against Enrique Gil; tells his fans, “You guys want it that way, we will give it your way.”

FAMILY AFFAIR. Meanwhile, on a lighter note, the night was also about family.

Gerald Anderson had his niece Lyra beside him when he walked down the red carpet.

Onscreen families also had a reunion.

The Lim family of Be Careful With My Heart—Janella Salvador, Jerome Ponce and Jodi Sta. Maria with son Thirdy—had a group photo.

Reunited and it feels so good #9thStarMagicBall

LOVE, LOVE, LOVE. Some couples made their debut at the ball.

Real-life sweethearts Daniel Matsunaga and Erich Gonzales were one of the last couples to arrive.

Ejay Falcon was thrilled to finally have Ellen Adarna as his date. Ellen looked forward to her first Star Magic Ball and chose to suit up for her red carpet debut.

SOLO FLYERS. Stars of the Night Sam Milby and Julia Montes were dateless.

Other stars who walked the carpet on their own were Shaina Magdayao in a sultry John Herrera number, Julia Barretto in a Mark Bumgarrer gown, and Alex Gonzaga in a white Rajo Laurel pantsuit.