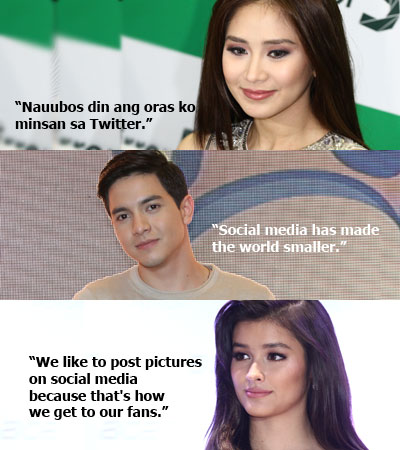 “Social media have made the world smaller,” says Alden Richards (middle), who often uses Twitter to interact with the fans of AlDub, his tandem with Maine Mendoza.

Celebrities have found an easier way to connect with their fans.

Fans here and abroad still line up in mall shows or score concert tickets to see their favorite stars, but it thrills them no end to be interacting with the celebrities in real time.

He smiled, showing his famous dimples, and added:

“Kumbaga ngayon, puwede na tayong makipag-usap with our loved ones abroad, thousands of miles away.

“That's how I use my social media accounts, to reach followers, hindi lang dito sa Pilipinas.”

On the other hand, Liza Soberano who speaks for Acer Premium laptop averred that social media help in informing their fans about their latest product endorsements.

“Basically on social media, because that's how we get to our fans, to our supporters.”

What do you have that makes you deserving of an Aspire S7?#FLAUNTit by tweeting @AcerPhils for a chance to win! :) pic.twitter.com/BrH6QvpCST

Hi Cebuanos! Tweet me your answer with #GlobeUnleashed & #NextLevelKa to join. Will pick 2 winners ðŸ’• pic.twitter.com/DDOOtdonPO

INTERACTIVE. Probably the most satisfying for both the fans and the celebrities is that social media enable them to chat with each other.

As it happens, showbiz personalities have been organizing Twitter conferences with their fans via #AskName, almost similar to the networks' chat sessions such as Kapamilya Chat or GMA Network's Facebook Live Q&A.

In fact, celebrities often have taken note of our questions in those online conferences. 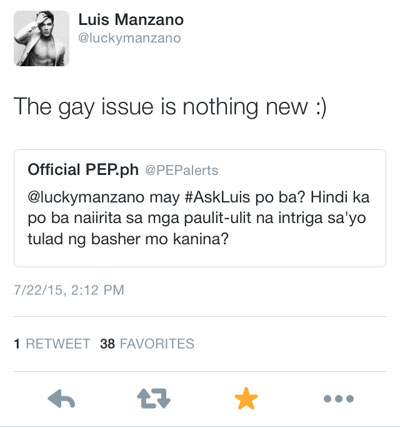 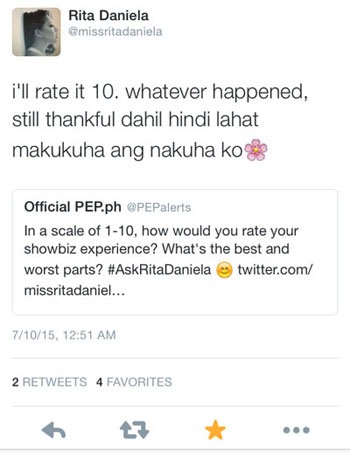 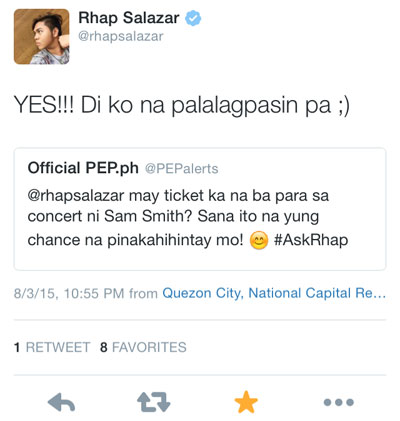 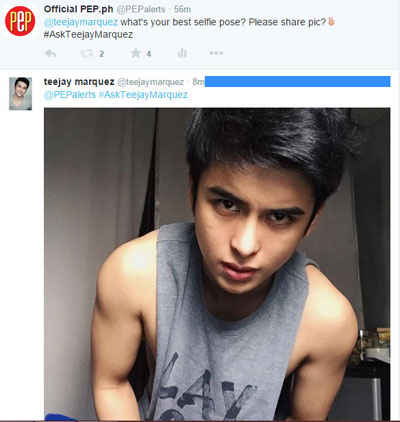 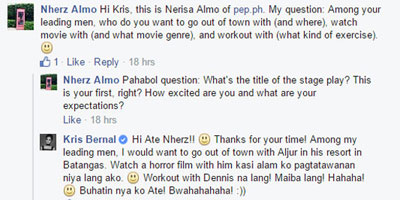 BE RESPONSIBLE. A little caveat to all the fans who chat with their favorite celebrities via social media: Be responsible.

Like normal people, celebrities have feelings, too, so no harsh comments or personal attacks, please.

Oppo endorser Sarah Geronimo, for example, generally shies away from social media, but admitted checking the comments of her followers on Twitter.

And like normal people, rude comments from netizens affect her.

“Pero, siyempre, dapat we won't allow them to affect me in a way na masyadong made-depress,” she admonished.

Salamat po sa sumusuporta sa #TeamSarah! Zephanie and Kyle, thank you for inspiring us. God bless you both. May the most deserving kid win!

Lastly, to bashers with plenty of time to waste trolling celebrities on social media, here's a friendly reminder from James Reid: 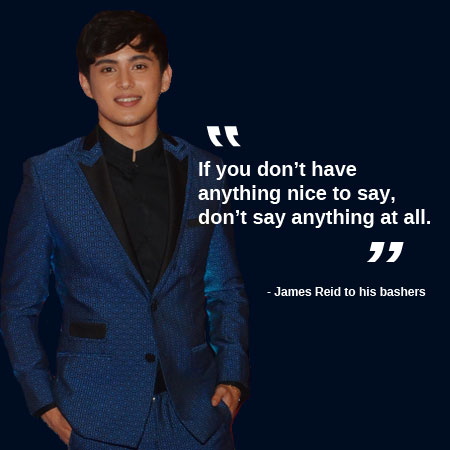