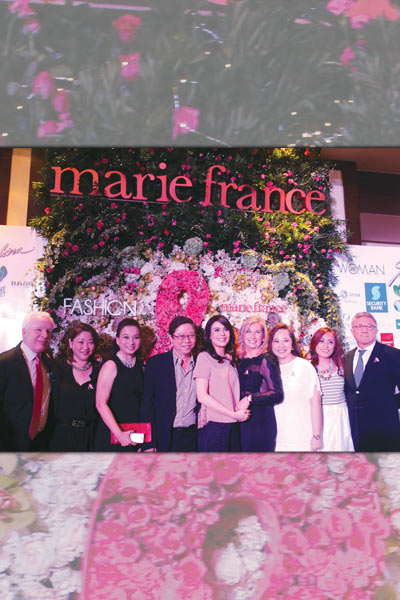 Marie France, the leader in slimming and non-invasive body-sculpting in the country, has teamed up with the ICanServe Foundation for a joint project that aims to reach out to the brave women who are fighting the fight of their lives against breast cancer.

The partnership produced an empowering tribute that shows love and support to the women who are battling the disease.

It was conceptualized and created by videographer Jason Magbanua, with the timeless voice of Lea Salonga singing a poignant piece by Marie Hines entitled "Save It All."

Its core message of understanding and sharing in the pains and struggles caused by the disease is beautifully narrated by Dawn Zulueta-Lagdameo.

These women did not think twice about being a part of the project, all of them determined to reach out to their fellow women who are struggling with the disease.

Carmi Martin says,”It was such a privilege. It was very important to me to let these brave women know that there is hope.

Bernadette Allyson adds, “It felt really good to be part of something I feel very strongly about.

"Breast cancer is a serious concern that we face as women.

"I wanted to do my part in encouraging and empowering these women, reassuring them they are not alone.”

FASHION FOR A CAUSE. Marie France also supports ICanServe's Fashion Can Serve, a fund-raising fashion show held on October 6 at Raffles Hotel Makati.

A mini auction was also held, led by the always entertaining Tessa Prieto-Valdes.