Records pa more: How far will the AlDub tandem go? 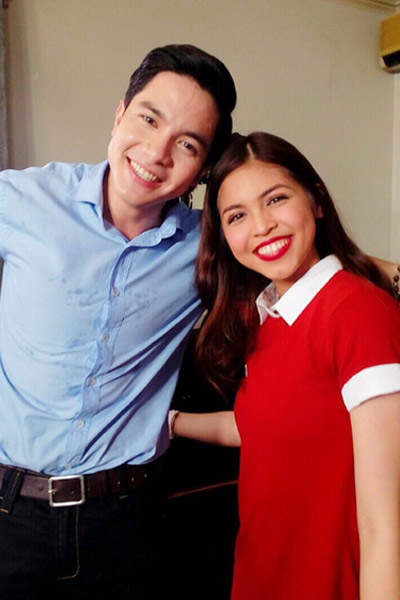 At this point in time, it is impossible for you to not have heard of AlDub (Alden Richards and Yaya Dub). The two have broken record after record on Twitter, and have so far garnered an all-time high of 25.6 million tweets.

Alden Richards and Maine Mendoza or Yaya Dub, aka AlDub of Eat Bulaga!, have redefined the dynamics of fandom when they became a roaring sensation in social media.

Every AlDub milestone is accompanied by a trending record on Twitter.

Since the phenomenon started, Alden and Maine earned separate followers in their respective social media accounts.

Here are the challenges:

Fastest time to reach one million followers. The current titleholder is Caitlyn Jenner (@Caitlyn_Jenner) who reached a million followers four hours and three minutes after creating her Twitter account.

Alden and Maine already have individual Twitter accounts before they became a sensation as AlDub.

But what if they make an official Twitter handle for the love team?

She got 2.6 million retweets for the famous Oscars selfie at the 86th Academy Awards.

Maybe Alden or Maine or both of them can surpass this if they finally tweet, “Kami na.”

Most number of followers. No pressure for Alden or Maine on this part. They're up against (as of posting time) Katy Perry’s 76,508,979 million Twitter followers.

The Philippine population being what it is, AlDub fans here and abroad might just be able to make their idols (separately or as a love team) the "Most Followed" persons on Twitter.

Most liked photo on Instagram. Fans held a Twitter fiesta when the first official AlDub photo was released.

Imagine what would happen if Alden and Yaya Dub didn’t have that no-touch rule.

To be fair, the mere sight of Alden and Yaya Dub in split screen is enough to make fans ecstatic.

With Alden and Maine still in the early stages of courtship, fans can look forward to more firsts from them.