Acting may be their bread and butter and their primary ticket to fame and fortune.

But behind the camera and away from the spotlight, the hidden talents of these stars come to fore.

Tom Rodriguez is a whiz at computer graphics.

Bela Padilla dreams up stories and turns them into full scripts.

Paolo is an acclaimed actor whose leading role in the indie Die Beautiful earned him acting awards here and abroad.

His foray into TV hosting via Eat Bulaga! has also been successful.

A descendant of the first National Artist in Painting, Fernando Amorsolo, Paolo has gained huge international following on social media for his impersonation of famous artists.

It now proves to be profitable for Paolo, who has started posting his paintings on his Instagram account.

"It makes me want to do more." 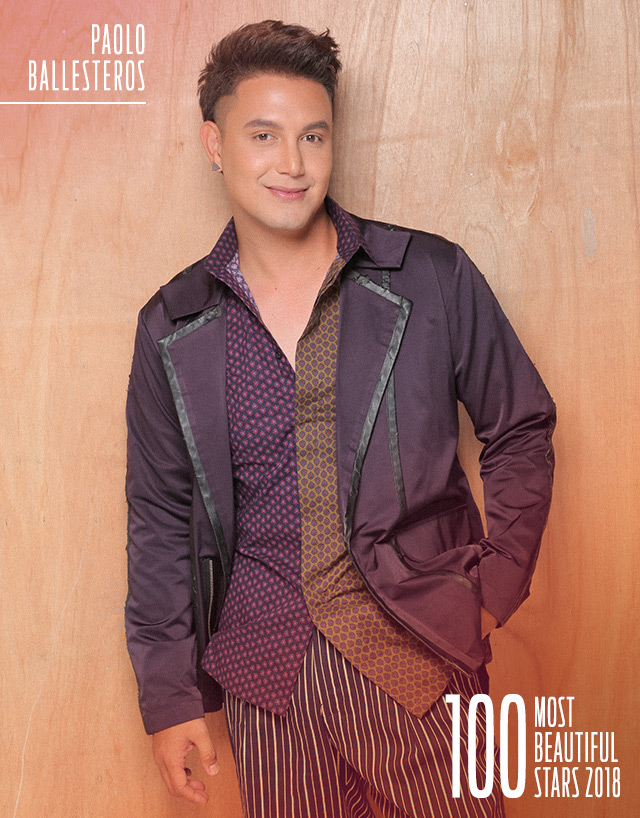 In Heart's debut show in 2014, all 19 of her paintings were reportedly sold.

Two years later, she had a showcase of hand-painted designer bags, which were all commissioned works.

In 2017, the prolific and adventurous artist worked on fabric and leather.

In March and April this year, she refocused her energy on paintings, and her exhibits were described as "bolder" and "nonchalant."

"Maybe it's because I think I've found myself," she told PEP.ph at the event on how she has matured as an artist. "I'm so much comfortable with myself that, with every decision I make, I can go all-out."

The beauteous wife of Senator Francis Escudero has branched out into her own lines of makeup and perfume, intending to broaden her Love Marie empire. 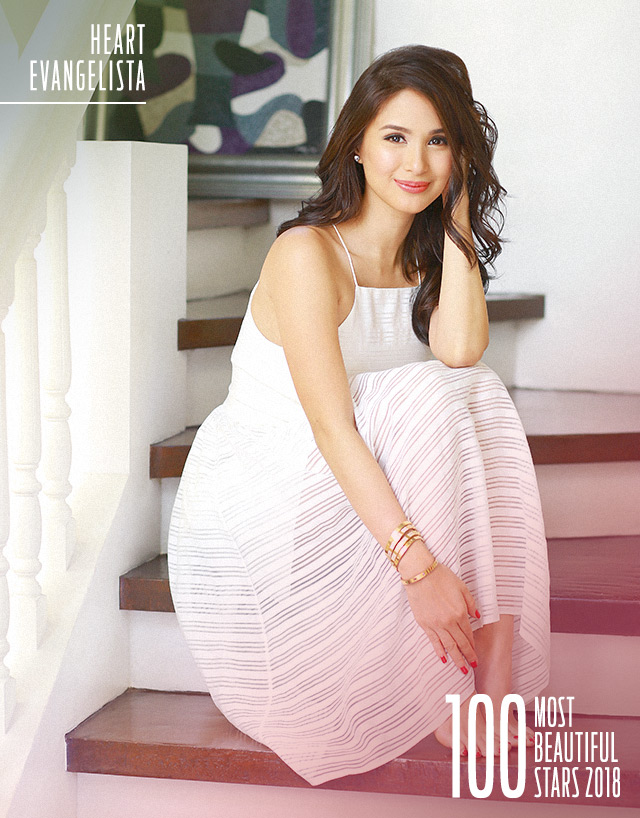 Tom Rodriguez, who stars in the primetime series The Cure, talks about his art and other topics in this Q&A:

"My dream job siguro is to be a producer. To produce my own content, the things that I'm capable of producing, like animation na 2D, 3D.

"My biggest dream is to produce movies such as those produced by auteurs in Japan, like Hayao Miyazaki. Mga studio genius din."

What makes you unique in your opinion?

"Honestly, I wouldn't know. I've always viewed it, since everyone comes with standard equipment, kumbaga everybody walks around with the same equipment given to us, parang it empowers me to try different things.

"The fact that other people can do amazing things gives me hope to do just a quarter of that."

What's the one thing that you regret doing?

"Regrets kasi, not doing, kung isa-isahin, there must be many. We have all regrets in life siguro, pero all of it is integral to the process, e.

"I love where I am now, and I love the possibilities that open up to me at this point, and if things would've happened good or bad, all of these may not be happening now.

Was there anything he regretted not doing?

"Siguro ito, if there's one big regret in my life is when my teacher— who was my mentor as well, used to be an engineer at Hewlett-Packard—advised na I should invest on Google stocks when it was just a dollar.

"And I didn't believe in the trend. When I saw it pass me by, and I see it now, siguro that's my biggest regret na hindi ko nagawa." 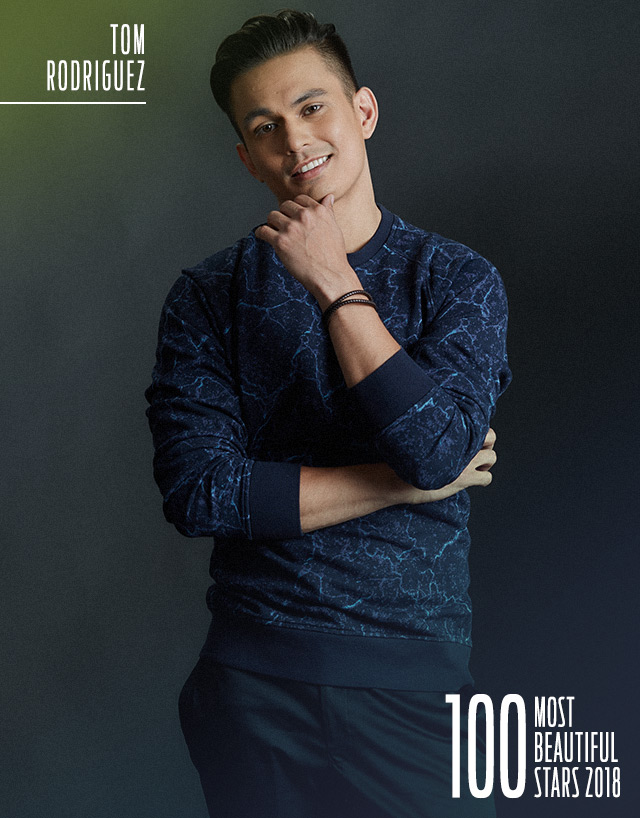 Back in 2014, Bela Padilla told PEP.ph that she had "maraming scripts na nakatago."

One of those scripts was supposed to be for the action-thriller 10,000 Hours, which Robin and Bela co-starred in a year earlier.

Bela was unable to push through with the writing project because she was then acting in the GMA-7 teleserye Love and Lies.

But she held on to her dream of one day penning a full screenplay.

To prepare for it, she joined the workshop given by master storyteller Ricky Lee, whose body of work includes the scripts of some of the best Filipino films ever made—Himala, Moral, Brutal, Karnal, Relasyon, and Salome.

Before this, she had co-written the stories for several movies including Camp Sawi (2016) and Luck at First Sight (2017).

She recently scored back-to-back blockbusters as leading lady in the romance flicks 100 Tula Para Kay Stella and Meet Me in St. Gallen. 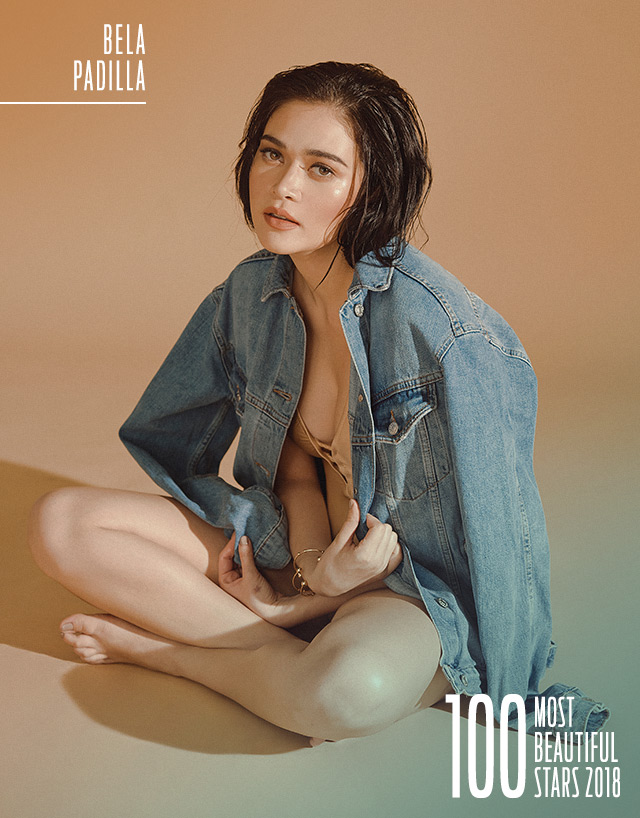 A versatile actor, Jerald Napoles can do both comedy and drama in stage plays, indie movies, and teledramas.

Jerald starred in the indie flick The Write Moment, and is part of the returning hit musical Rak of Aegis (which runs from June 20 to September 2 at the Peta Theater in Quezon City).

He is also a co-host in the noontime variety show Sunday PINASaya.

But did you know that was a back-up dancer long before he became an actor?

And just how funny he is can be gleaned in this Q&A:

What is it about you do that makes you unique?

"I'm unique because we won't even know why. You'll just feel it and end up with the conclusion that Jerald Napoles is unique.

"Isn't that a unique answer, too? Haha."

"There are a lot of favorites. But one of those is probably when I was paired with MS. MARIAN RIVERA [in the TV series Super Ma'am]. All caps para intense.

Who do you look up to the most?

"I look up to my mom the most. I saw her struggles as a lower-middle class single parent.

"That’s intense! She did it all. Therefore, she deserves everything."

If your life was a book, what would its title be? 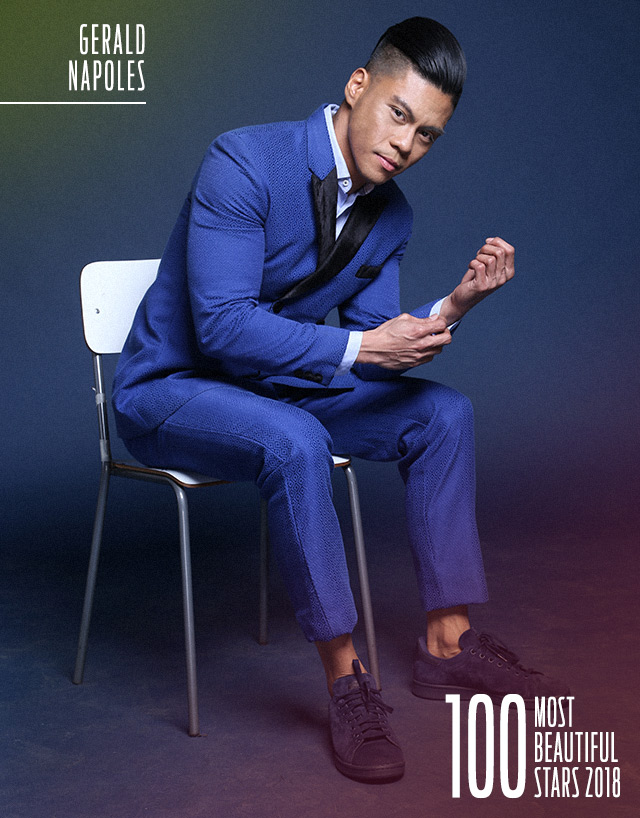 Aptly, he fits the bills as ambassador of the GMA Network Excellence Award.

His involvement in the library-themed café, Book and Borders, comes as no surprise, too.

Benjamin is a voracious reader who favors the classics and a passionate poet whose works he posts on social media.

He also has a sweet tooth, and so he and his friends have put up Phat Boys, which makes and sells handcrafted ice-cream sandwiches.

Even his projects are varied. He stars in the drama series Kapag Nahati ang Puso, the horror flick Misterio de la Noche, and is also in the cast of the historical film Goyo: Ang Batang Heneral.

What's that one thing that you've always wanted to try but afraid to do?

"Try my acting luck in the U.S. scares the hell out of me. But I think the regret of not trying it (at least some time in this lifetime) would scare me more."

And that one thing that you will never do again?

"Not resolve a problem right away. Especially with someone I love.

"It hurts both parties longer than necessary. You instantly regret the time lost when you make amends."

If you could be someone else for a day, who would you choose to be?

"I'd pick someone who hates me. In the hopes that we can better understand each other.

"See the human in each other. If we could only have this luxury. Maybe that will end the hate."

Would you rather find your true love or a suitcase filled with five million dollars? Why?

"I pick the one that's hard to find and harder to keep. So love. You appreciate something more when you work for it." 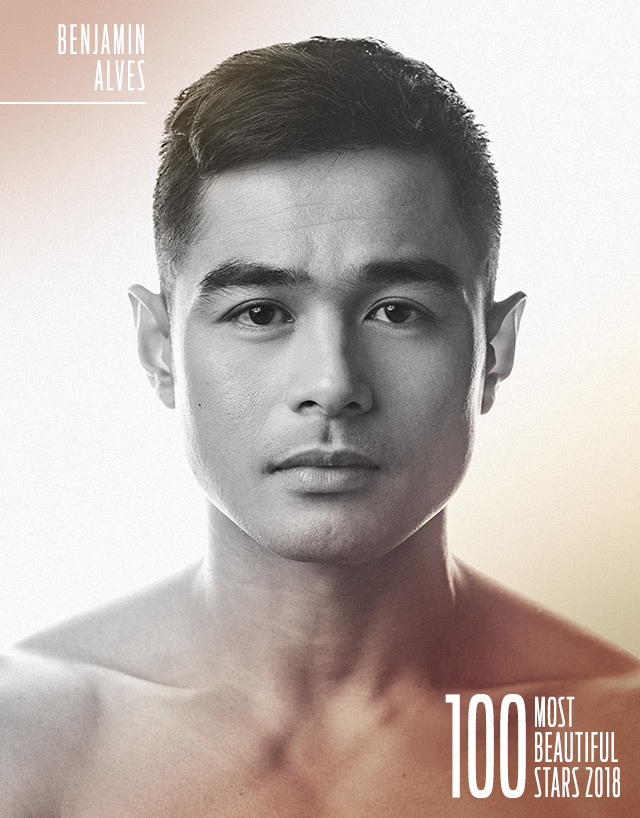 Kylie Padilla, the gorgeous daughter of Robin Padilla, has her mural adorning the second-floor sanctuary of her fiancé Aljur Abrenica's house, where she and their son Alas also live.

Kylie's mural depicts the nude forms, and Aljur is mighty proud of her artistic gifts.

"Si Kylie, magaling mag-drawing yan ng images, depends on how she feels," he said in the YES! November 2017 cover story, featuring his house and his young family.

Kylie, who was last seen in Encantadia in May 2017, returns to TV via The Cure. 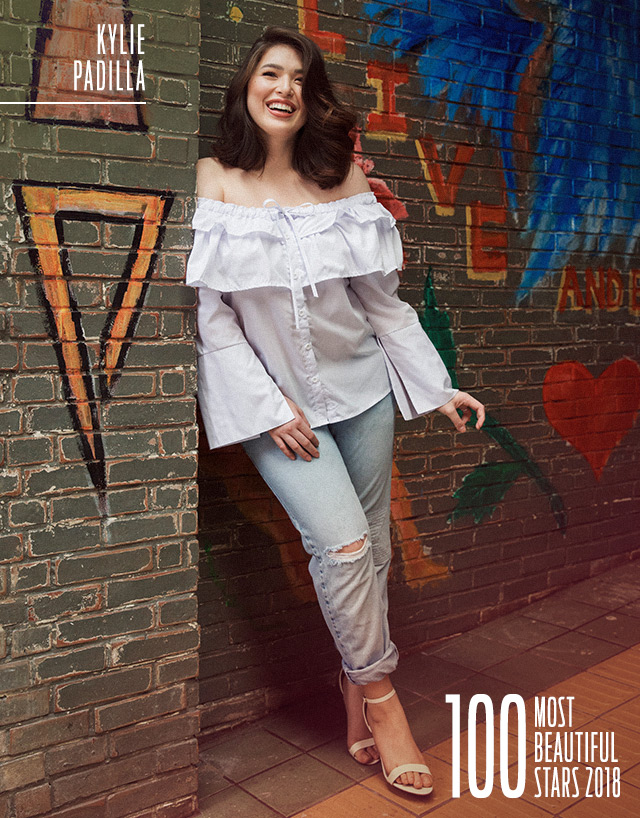