They may be newcomers but these young stars from two top TV networks show so much promise in the industry.

These young stars do not waste time.

They hone their skills in acting, singing, or dancing while waiting for their big breaks. They give outstanding performances in variety shows and in drama anthologies. They can't be ignored, and eventually they are picked to star in movies, and have landed lead roles in television shows.

After his breakout role in the long-running soap Be Careful with My Heart six years ago, Jerome Ponce has become one of Kapamilya's most watchable young Kapamilya stars. 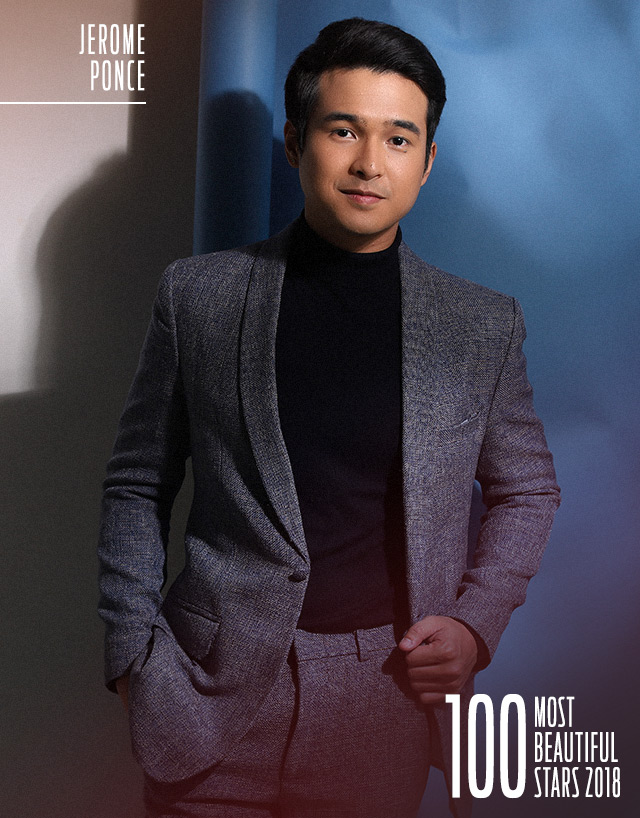 The 22-year-old actor earned praises for the depth of his performance as antagonist-protagonist in the family drama The Good Son, which aired on ABS-CBN earlier this year.

Asked whose diary of a famous personage he wished he could read, Jerome picked that of Will Smith, one of his acting idols.

Joining Jerome in this category are Loisa Andalio, Maris Racal, Jameson Blake, and Kisses Delavin, who all were discovered in the reality show Pinoy Big Brother.

Loisa showed her acting skills in her guest appearances on Maalaala Mo Kaya and Wansapanataym. 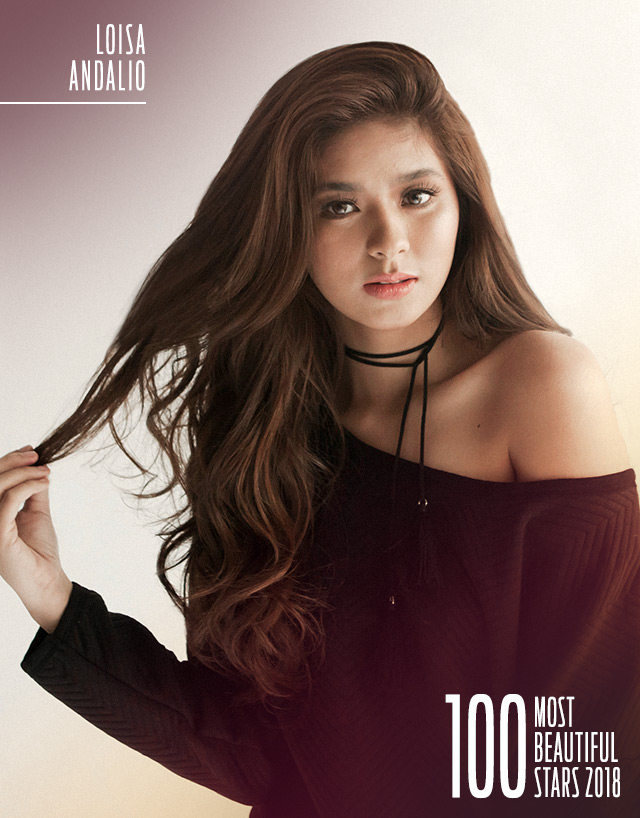 The young star has since then transitioned to soaps, starting with Nasaan Ka Nang Kailangan Kita followed by My Dear Heart.

The 19-year-old actress-dancer had her big break when she became part of the ensemble cast of the prime-time series The Good Son. 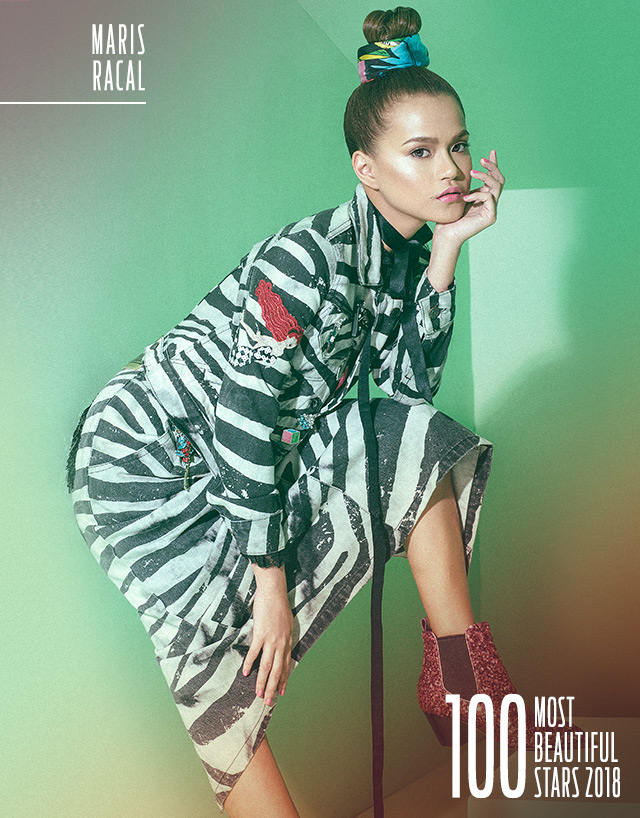 Maris started with small roles in Ipaglaban Mo! and Maalaala Mo Kaya and went on to prove her acting mettle in the following series: Ningning, We Will Sruvive, and most recently, the family drama Hanggang Saan.

Both Loisa and Maris are members of the all-female-sing-and-dance-group BFF5, which regularly performs in the Sunday variety show ASAP. 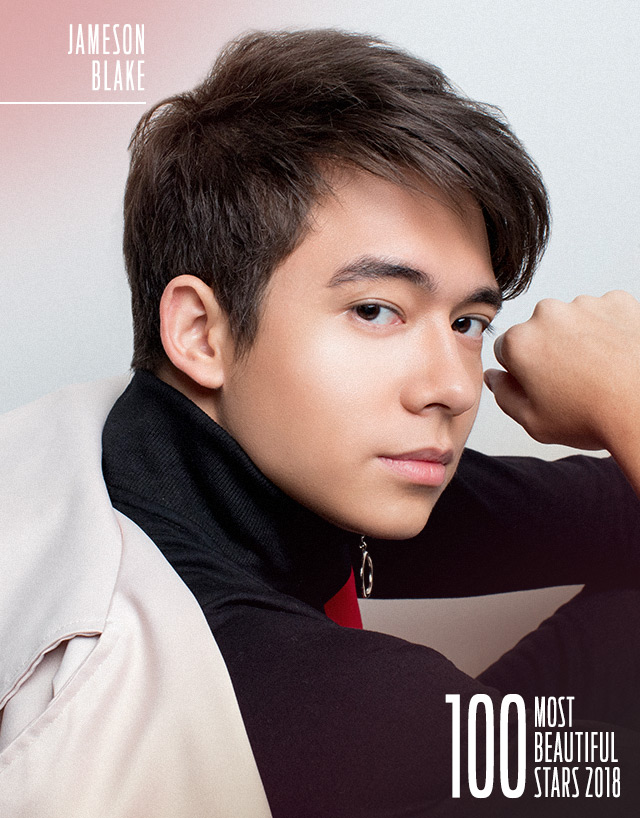 Jameson is busy as actor-performer.

He is regularly seen in the noontime show It's Showtime as part of the all-male dance group Hashtags. He was also in the prime-time soaps My Dear Heart and A Love To Last, and has a recurring role in the sitcom Home Sweetie Home.

The young star also received the Best Supporting Actor award from the 12th Cinema One Originals Film Festival for his noteworthy performance in the movie 2 Cool 2 Be 4gotten. 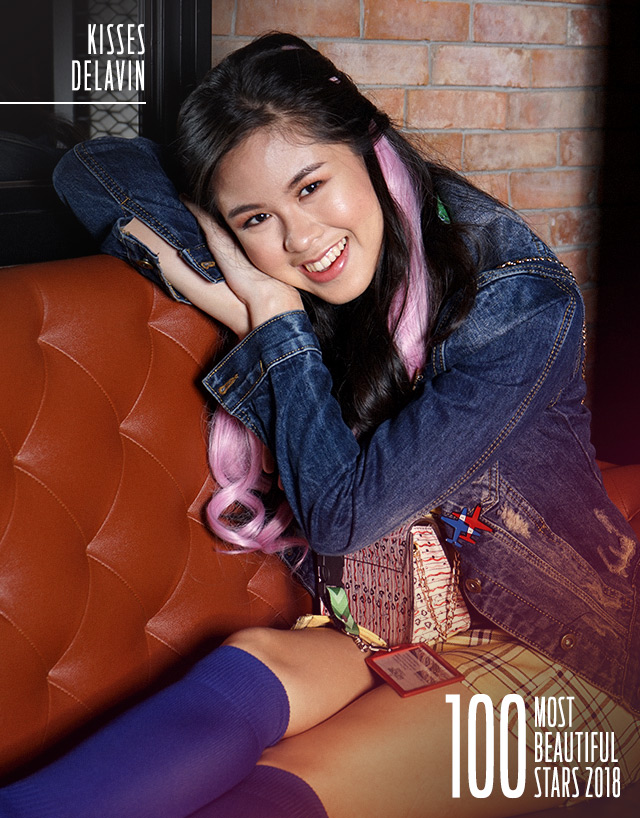 Kisses has just been given her first major role in the movie Walwal.

She had done an episode in Wansapanataym and Ipaglaban Mo!, and was also in the cast of the 2017 film Loving In Tandem.

Her first self-titled album sold more than 15,000 units and received gold and platinum certifications. Tickets for her grand album launch reportedly sold out in less than 30 minutes. 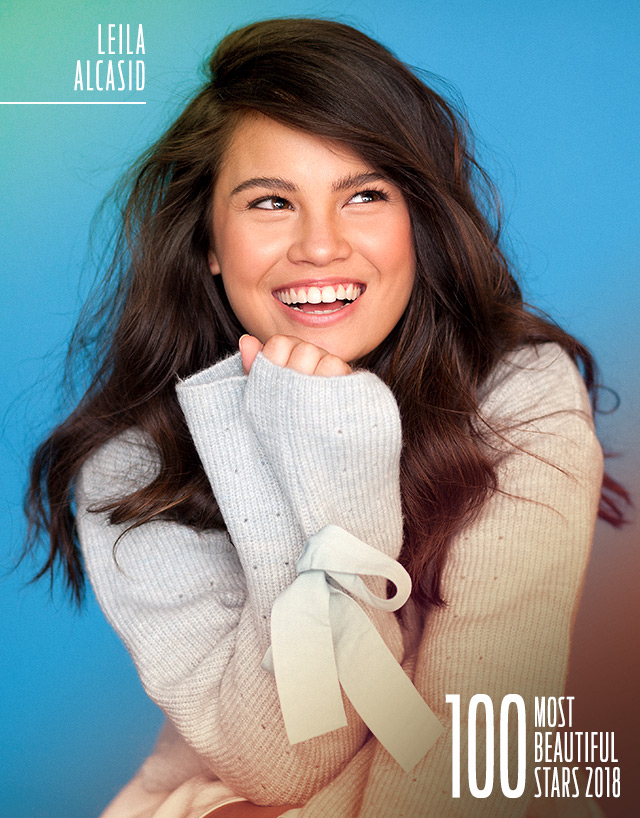 A beautiful face and voice to watch is Leila Alcasid, the daughter of singer-composer Ogie Alcasid and former beauty queen Michelle Van Eimeren.

In February, she launched her debut single "Completely In Love," and has since taken acting workshops with Star Magic, the network's talent management arm.

Kyline is one of the reasons viewers are glued to their screens whenever the top-rating prime-time soap Kambal, Karibal is on. 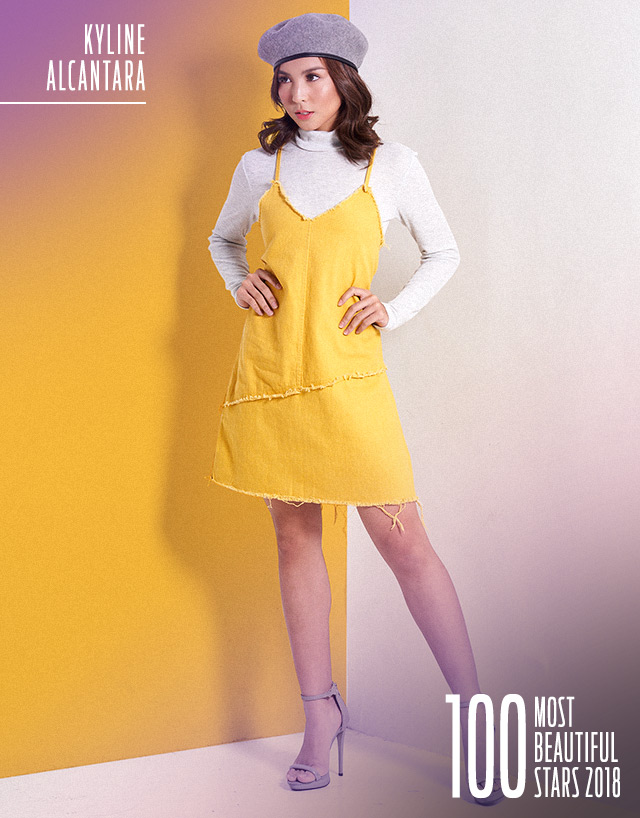 The 15-year-old actress-singer has been dubbed La Nueva Kontrabida since catching the public’s attention with her performance as the young villain in the show.

She is so convincing that some netizens are irked. But the star is unaffected.

She also dismissed the rumors of a rivalry forming between her and the show's lead star Bianca Umali. 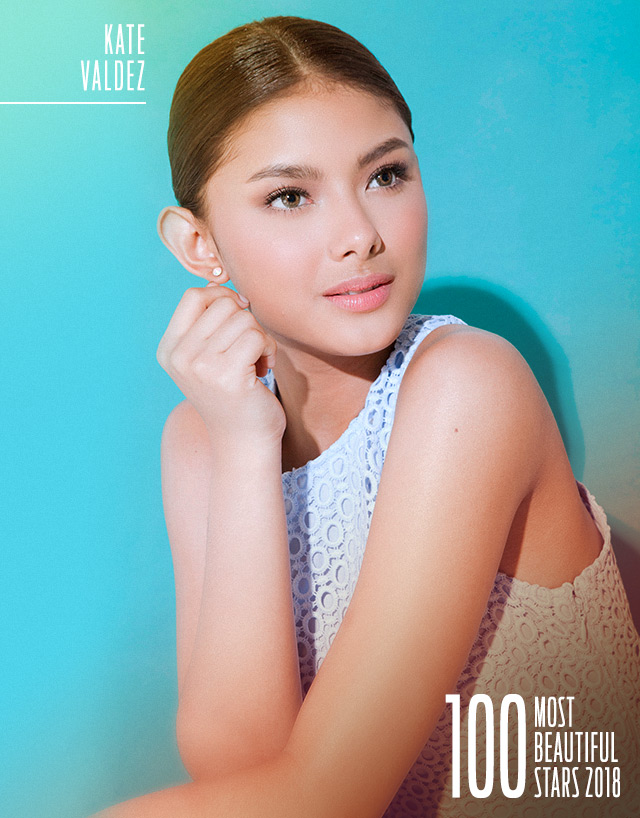 Kate's first role on TV was in the afternoon series Destiny Rose, which was followed by a part in the 2016 remake of Encantadia.

In 2018, Kate joined the cast of the prime-time show Sherlock Jr.

Her repeated guest appearances in Dear Uge and the drama anthologies Magpakailanman and Maynila have marked Kate as a reliable actress. 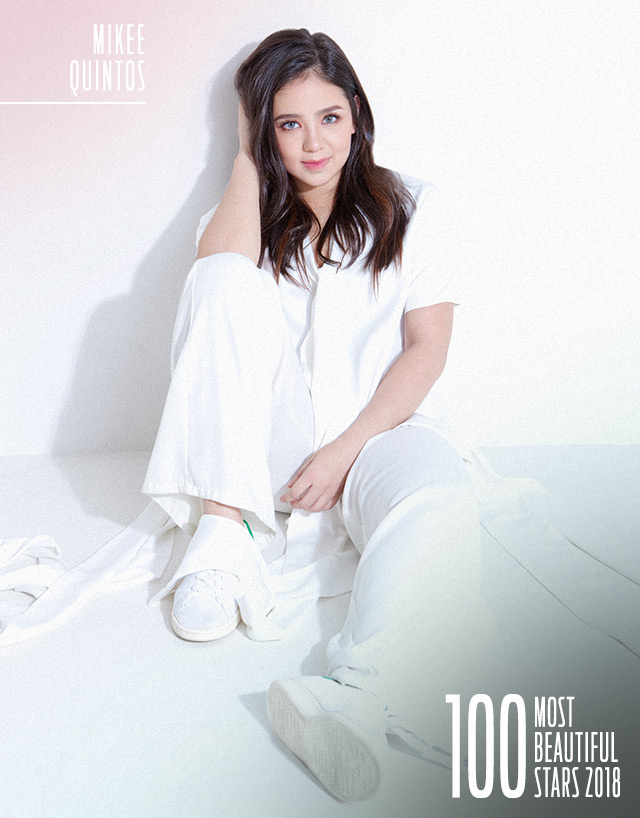 Mikee Quintos has the fortune to be given projects in different genres. She was in the 2016 drama fantasy series Encantadia, the action drama Alyas Robin Hood, and the family-friendly fantasy show Sirkus. She even lent her voice to the dog Siri, a vital character in the show Sherlock Jr.

The 20-year-old actress is grateful she gets to flex her acting muscles.

She told PEP.ph back in October, "I'm super thankful for GMA for trusting me with those kinds of things.

"Medyo overwhelming nga at the beginning, na parang, 'Wait lang, sure ba kayo?' Pero I take it as a challenge for myself."

Mikee won Best New Female TV Personality at the 31st PMPC Star Awards for Television for her role as Sang'gre Lira in Encantadia. 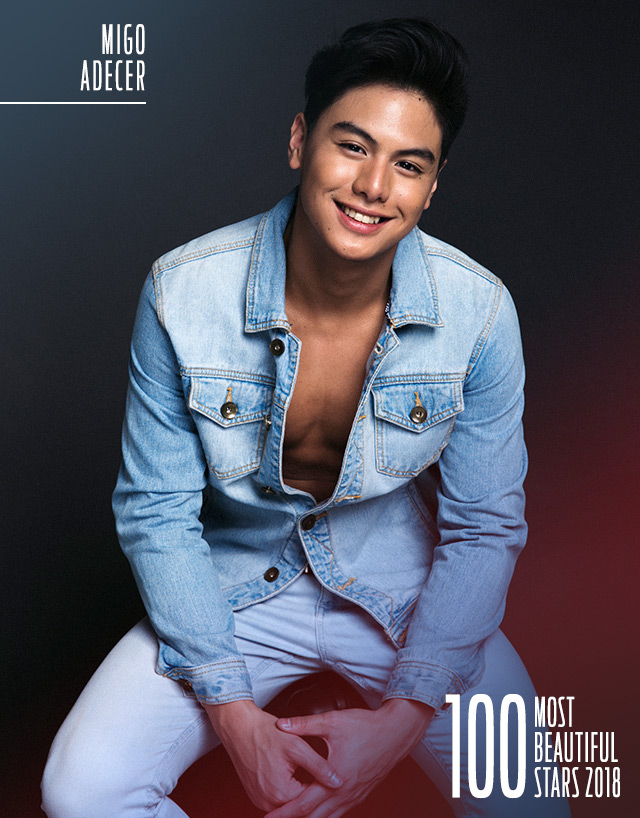 Migo also got his break in Encantadia, a role he bagged after being crowned Ultimate Male Survivor in the sixth season of the reality talent search StarStruck.

The Filipino-Australian singer-actor then became part of two more prime-time series, My Love From The Star and The One That Got Away.

Migo, who also dances and writes songs, released the single “I Long To Ask You” in 2017.