Yes, Ericka Villongco got a boob job, and she is proud of it! 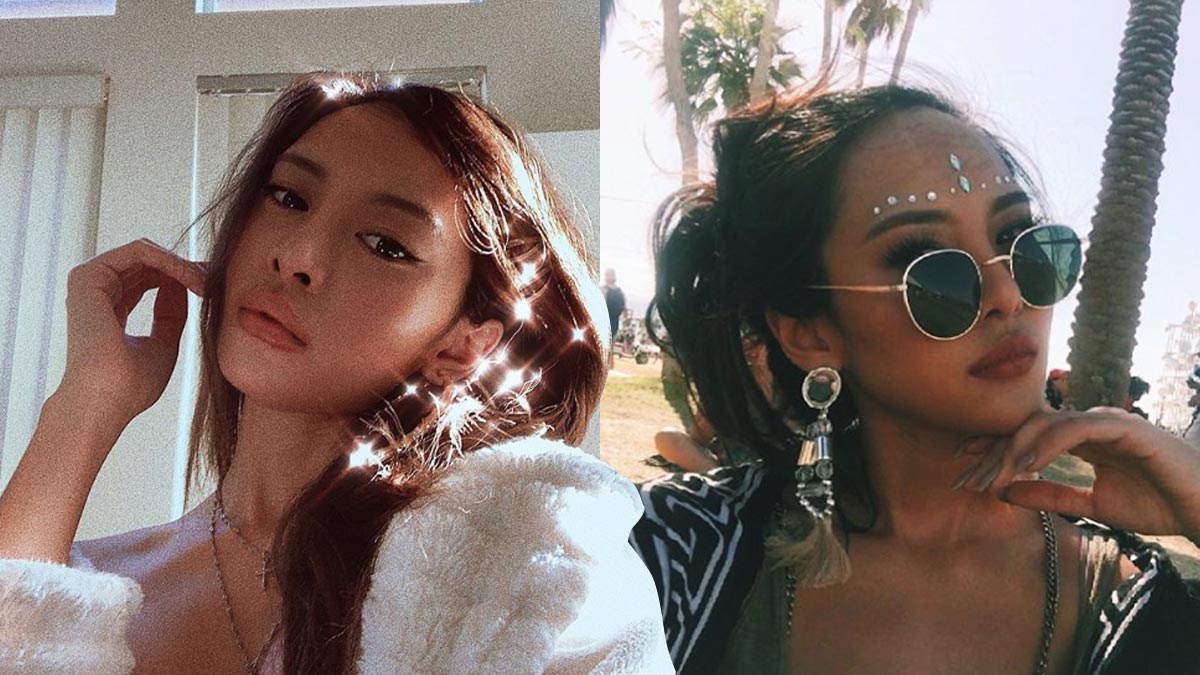 Ericka Villongco firmly believes that there is nothing wrong with enhancing one's beauty.
PHOTO/S: @erickaxx on Instagram

Singer-turned-vlogger Ericka Villongco is unashamed to say she had a "boob job."

A boob job, or more properly known as breast augmentation, is a cosmetic surgical procedure that increases the size of one's breasts.

Ericka has been aware of talks surrounding her boob job, and she did not hesitate to share about her breast augmentation experience on her YouTube channel, Ericka & Ross.

She dedicated two vlogs about the experience.

The first vlog detailed her pre-operation appointment with Dr. Roy Kim, whom she described as a "20-year board certified plastic surgeon" in her vlog. It also covered Ericka's surgery day.

The second vlog was about her post-operation recovery. She also revealed the reason she had her breasts done.

The singer-songwriter said, "I've always wanted bigger boobs ever since I could remember, and I'm 25 now. I just felt that I was in the right place in my life.

"I was always petite growing up. I've always had a small body frame.

"Genetically, it was very hard for me to gain weight. No matter how much I eat, I don't gain weight. So, the only way was to actually lift weights and build muscles."

When it came to choosing the size of her new breasts, Ericka wanted a "small D or a large C. Something in between that."

FEELING SEXY IN HER OWN SKIN

PEP.ph (Philippine Entertainment Portal) reached out to Ericka via email to ask more about her new life in Los Angeles, California, U.S.A.

In the interview, she elaborated further on her decision to enhance her breasts.

Ericka explained, "I love being a woman in this day and age. There are so many things we can do, so many lives we can touch.

"It's about time we remove the stigma of our society that girls are lesser than men or that us girls should bring each other down to get ahead.

"I'm a firm believer that true beauty is found from within & that no amount of good looks can outshine a beautiful mind & personality.

"But hey, who doesn't want to look good while you're trying to change the world?

"I love feeling sexy in my own skin & being able to express myself.

"I'm a huge fan of the beauty cosmetic industry, and I truly believe there is nothing wrong with enhancing one's beauty.

"I'm not ashamed to break stereotype molds created by the past generations or to break down the toxic Filipino hate culture.

"Confidence and a good heart above everything else, boobs or no boobs."

Before moving to the States three years ago, Ericka was part of the local music industry as one half of pop-acoustic duo, Krissy & Ericka.

The sisters were popular for the songs Up Up Down Down and 12:51.

Ericka and Krissy the duo still continue to do music today. They have now rebranded themselves as KANDE.

"'In Another Life' is a song about reincarnation & it resonates with us on a spiritual level.

"It's also something our fans will hear that's similar to some of the old heartbreak songs we used to write as teenagers ('We can't Be' & '12:51').

"This single is personally very close to my heart because it was the first rap verse I ever co-wrote with Krissy & Chris Alexander about a past lover.

"'In Another life' was a music baby in the making & a long-time passion project that inspired me to get back into music after being away from it for a long time.

"It's a story about the search for peace I longed for all my life and I dedicate it to every girl that's ever been broken, judged, underestimated, brought down, lied to & cheated on."

Living in the States has also exposed Ericka and Krissy to the rich sounds of California music.

Ericka continued in her email, "Being in a new region for almost 3 years now has definitely exposed us to a diverse music scene including various artists, producers as well as events such as week-long music festivals like Coachella which broadened our music influence to newfound artists like Alina Baraz, Kehlani, Chelsea Cutler, and the like.

"Krissy & I believe that music these days are almost like a mix of different sounds (a bit of hip hop, rap, down tempo, alternative rnb & pop bundled together) & it's almost impossible to classify a song as one specific genre anymore."

Presently, the sisters are pursing their own passions in different cities.

"My sister Krissy currently lives in San Francisco & continues to write her own music. I moved out a year ago to follow my own passion in Los Angeles which has been great.

"It's taught me a lot about growing up. I love having my own independence, the privacy of being off-camera and just generally starting fresh in a new environment."

Apart from producing and writing her own music, Ericka has also expanded her presence on YouTube.

She remarked, "YouTube has always been a part of me. At the age of 15, Krissy and I would talk and record cover videos in our closet.

"That channel has over 48Million views and Krissy & I are thankful to have had shared that chapter of our lives."

This time, she and her boyfriend Ross Sauve manage their own channel.

"Ross and I have been together for two years now, he is the absolute love of my life!

"In the beginning he and I just started producing YouTube Vlogs because we wanted to document our day to day personal life together.

"We just love to create videos that resonate on an organic level to further engage and connect with our followers.

"The internet is a massive new world where anyone who is anyone can say absolutely anything, its a great tool to promote yourself & a fun fact is people here make a decent living from it!

"At the helm, I still get butterflies when people tell me they got through their math test or they feel inspired or confident to get through life's hardships because they were influenced by us in a small positive way."