The winner of Miss Universe 2019 will have a new crown 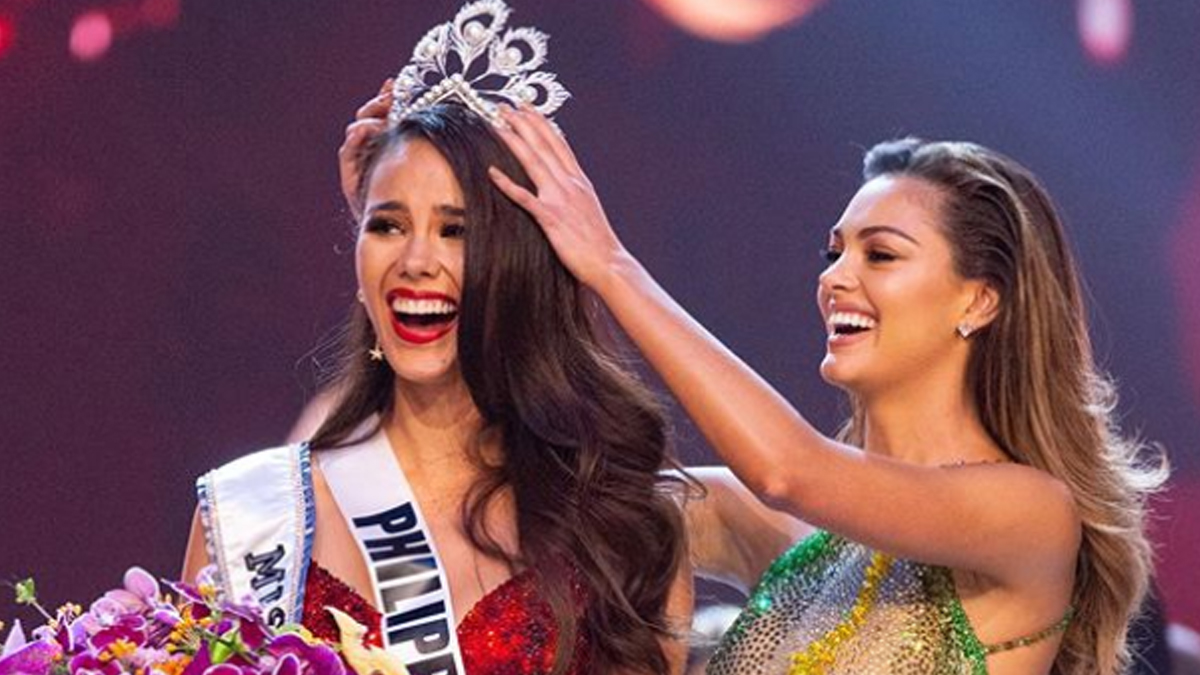 Demi-Leigh Nel-Peters passed on the Mikimoto crown to Catriona Gray at the Miss Universe 2018 pageant in December 2018 held in Bangkok, Thailand. Miss Universe Organization announced on September 11, Wednesday, that the winner of the pageant's 68th edition gets to wear a brand new crown designed by high jewelry company Mouawad.
PHOTO/S: @missuniverse on Instagram

The winner of Miss Universe will have anew crown!

The crown will make its debut at the 68th edition of the Miss Universe pageant, which will be held later this year.

Aside from Miss Universe, Miss USA and Miss Teen USA pageants—which are all under WME/IMG talent agency—will also have new crowns in 2020.

Mouawad, which was founded in 1891 by Lebanese master watchmaker and jeweler David Mouawad, currently has headquarters in Geneva, Switzerland, and Dubai, U.A.E.

Mouwad is also known for creating Victoria's Secret fantasy bras, the latest of which was the $2-million Champagne Nights Fantasy Bra worn by Brazilian supermodel Lais Ribeiro at the 2017 Victoria's Secret Fashion Show.

Miss Universe Organization, however, is yet to announce when and where the next edition of the pageant will be held.

Designed by Japanese artisan Tomohiro Yamaji in 2000, the Mikimoto crown officially debuted in 2002 in celebration of the pageant's 50th anniversary.

It was first worn by Russian beauty queen Oxana Fedorova who won the title that year. Miss Universe 2007 Riyo Mori from Japan was the last winner to wear the headpiece, which has an estimated cost of $250,000 or PHP13 million.

Miss Universe Organization brought the crown back in 2017 for a photo shoot with Miss Universe 2015 Pia Wurtzbach.

The Mikimoto crown made its comeback in Miss Universe 2017 pageant after Miss Universe Organization announced the cancelation of its10-year contract with Diamonds International Corp. (DIC). It was worn by Demi-Leigh Nel-Peters of South Africa.