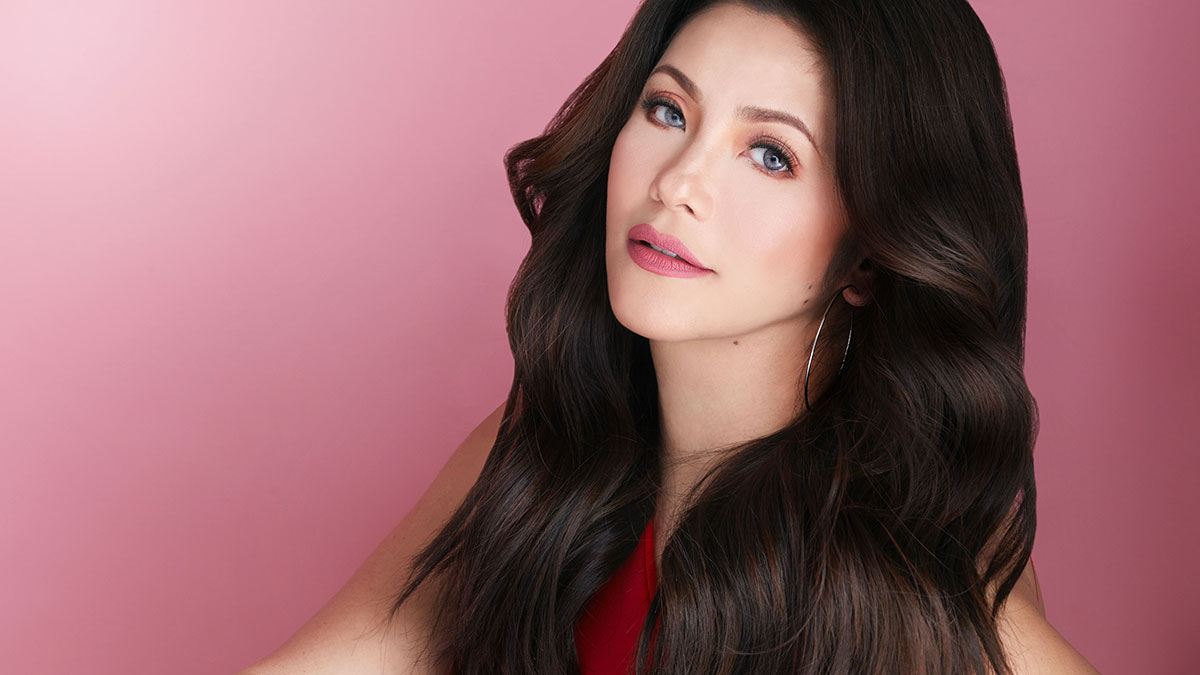 Asia's Songbird Regine Velasquez says her make-up collection REIGNE is designed for Pinay working women on the go: "We made it easier for them... I know a lot of women do not have the luxury of time. So yun, make-up made easy. "
PHOTO/S: Courtesy of BYS Philippines

Asia's Songbird Regine Velasquez is the latest celebrity to launch her own make-up collection.

The 49-year-old songstress teamed up with cosmetics brand BYS Philippines for the production of her make-up collection called "REIGNE," a play on her name that reflects "her fun and elegant personality."

Regine said she conceptualized Reigne with the Filipina working women in mind.

The Kapuso-turned-Kapamilya singer explained, "We made it easier for them. I know a lot of women get intimidated if you actually show them so many products.

"Parang they don't know what to do with it."

She added her make-up line is specially formulated for a special group of women, "This is actually more for the mga in their early 30s, 40s, hanggang pa-50s.

Regine said it took her team a year to put together her pioneer make-up brand, "This collaboration happened last year pa.

"Siguro we had like a good three or four months to plan it, before that meron pang two months planning.

"'Tapos yung product testing and all that, ang tagal! In the middle of that, I was also doing a concert.

"But I was excited, I was happy to work with the product kasi talagang pinag-isipan namin."

Regine shared details of her upcoming make-up collection in an interview with PEP.ph (Philippine Entertainment Portal) and other members of the press last January 24, following her photoshoot for the brand at a studio in Makati City.

According to Regine, she went back to basics for her make-up brand.

She said, "Basic needs lang ng ordinaryong babae who's working and who is always in a hurry.

"Kasi ako, I'm given the time to do my kilay, to put foundation, to put whatever on my face. I'm given time but I know a lot of women do not have the luxury of time.

Regine considers everything her favorite, but she's most excited about her duo powder foundation and concealer products.

She told the press, "It's a pressed powder—it's light to medium coverage—but it has its own concealer.

"Kasi I've noticed that we don't have anything like that in the market, a powder form na concealer. And, normally, when you're in a hurry, that's what you grab.

"It's hard kasi when you only use powder 'tapos magki-cream ka na concealer. It doesn't really work.

"I'm very proud of it kasi, if I'm not mistaken, it's the first of its kind. Parang wala pang ganun and magkasama na sila.

"So you only have to buy one product and you already have your foundation and concealer."

WHAT'S NEXT AFTER REIGNE

Regine said she plans to expand her make-up brand, but at the moment she is focused on her debut collection.

"Meron pang ibang products na... naumpisahan namin but we had to come out with a cohesive line first so we started with these make-up products first.

"At siyempre, meron pa akong asawa, meron akong anak, and I have to give time for them."