Rabiya Mateo on yearbook photo: "I'm beautiful then and now." 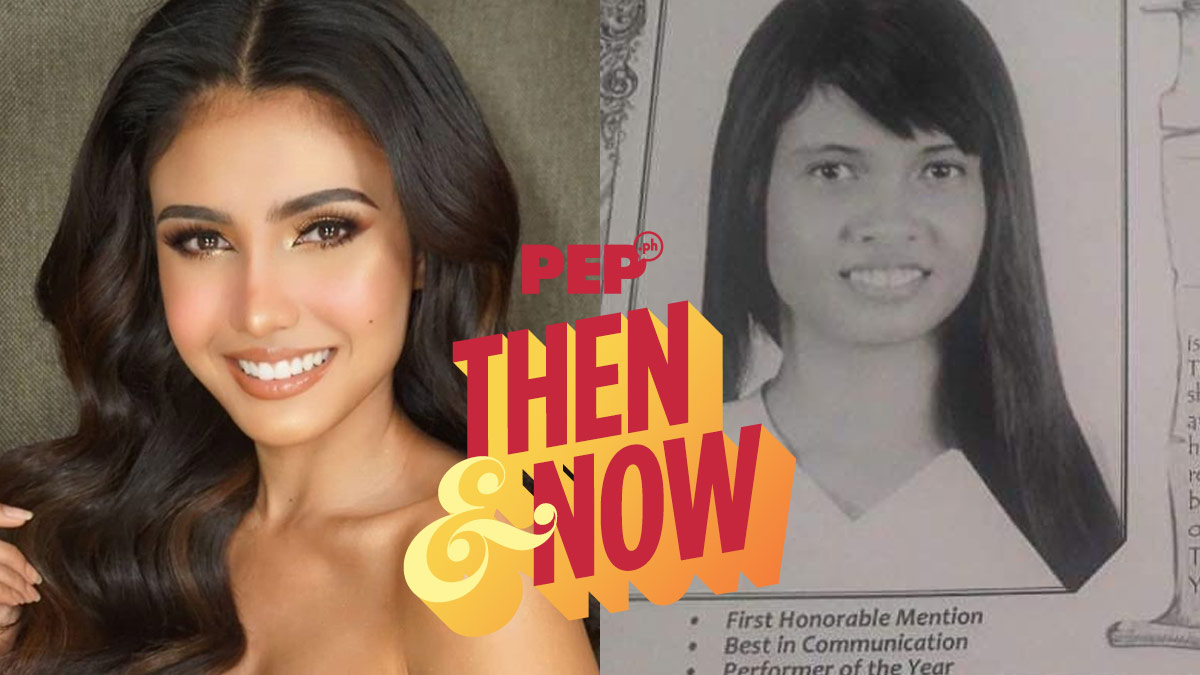 MIss Universe Philippines 2020 Rabiya Mateo uploads her yearbook photo and looks back on her teenage years in her reminiscences on Instagram.
PHOTO/S: @rabiyamateo on Instagram

Among their finds was the high school yearbook that the Ilongga beauty herself posted on Instagram, which gave her fans a glimpse of what she was like during her teenage years.

According to her yearbook page, Rabiya was called "Byang" or "Rab" by her friends. The page writeup reveals more about the would-be beauty queen.

It read: "A girl with glamorous smile. Every boy is mesmerized with her sophisticated looks. The darling of Year IV-Saint Agnes. Those shimmering tan skin catches everyone’s attention especially the boys. She has a towering height. When she starts speaking, you should ready your handkerchiefs for your nose might bleed. She is a very sensitive person so be careful with the words you choose. She is sweet like sugar. That’s what makes Rabiya “Byang”: Brilliant, Youth, Admirable, narcissist and Gorgeous (sic)."

Rabiya's achievements were also listed down on the page, including first honorable mention, best in communication, and performer of the year. 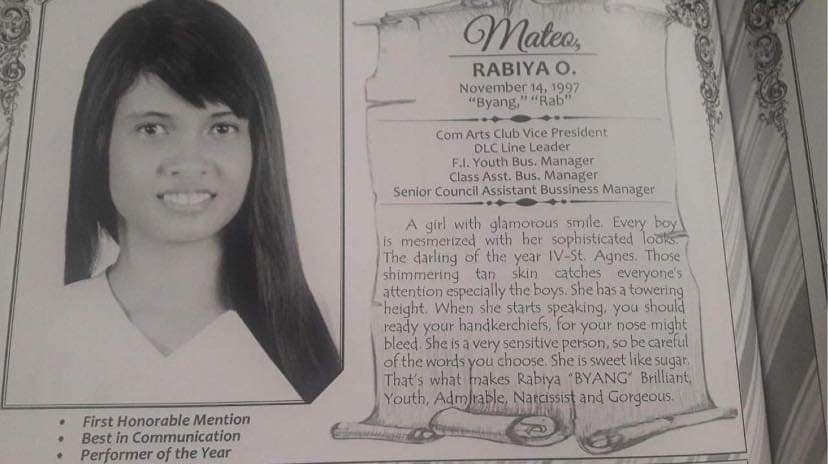 But some pageant fans were not convinced. This compelled Rabiya to defend herself against detractors.

"I'm not aware of what angle flatters me most but that is still me. A lot of things happened in that period of time. I grew up and became more mature. I was able to invest in myself and practice self-love.

"If there would be one thing that I want other people to know about me is that I'm beautiful then and now. The only thing difference is now, I know better."

Rabiya ended her post with a reminder to her followers to always be kind.

She said, "PS. stop calling anyone ugly. If that's how you see things and maybe then, it's your soul that needs a surgery." 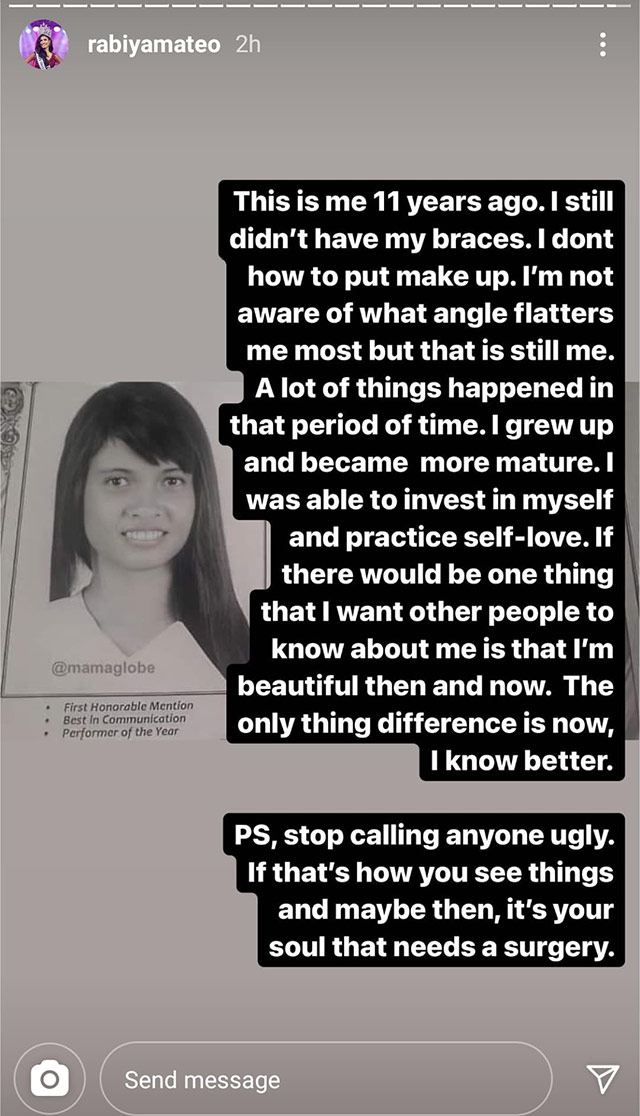 In her preliminary interviews during the Miss Universe Philippines 2020 pageant, Rabiya has always been candid about her humble beginnings.

She opened up having an Ilongga mom and an Indian dad, and being raised in a broken and poor family.

Instead of growing up bitter, Rabiya said she focused on finishing her studies.

She said in the final interview, "I was raised in a broken family and I experienced a really poor life. And I was able to rise from our situation as well because of educating myself. And now, I decided to give back to my community and I became a lecturer for physical therapy."