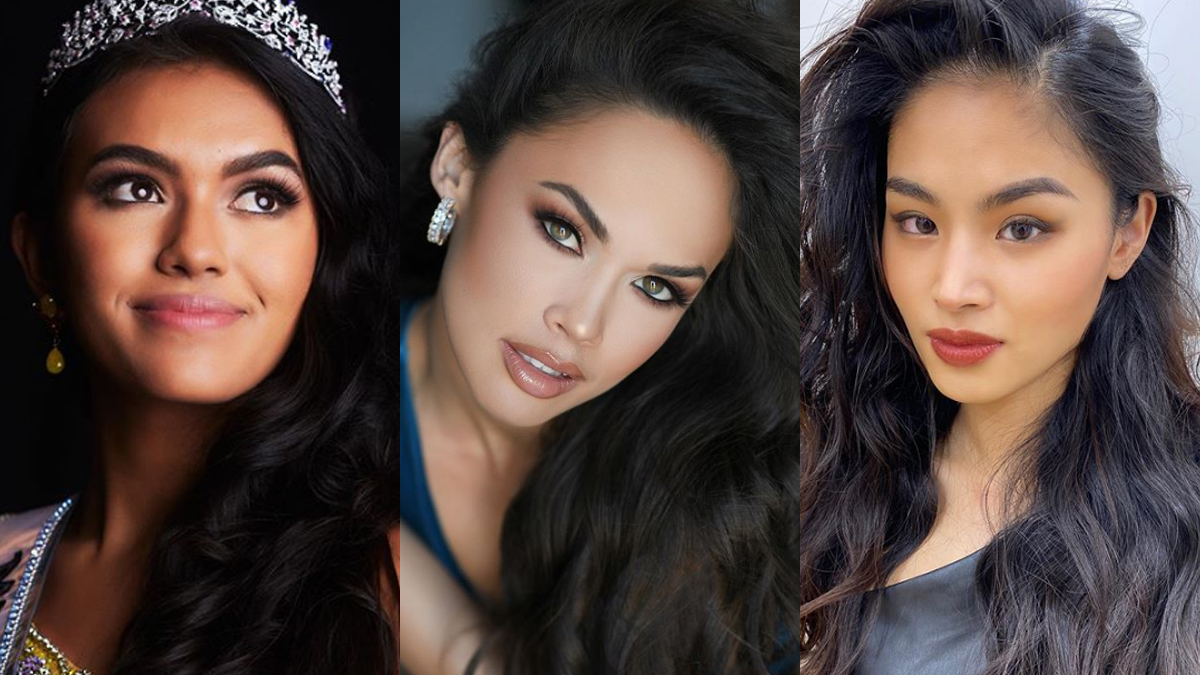 The Philippines is known as a beauty pageant powerhouse for its track record in world pageantry.

As such, it does not surprise that Filipina beauty is being recognized in other countries.

This year, pageant fans witnessed a handful of half-Pinays joining national pageants of other countries.

Get to know more about them below:

Ki'ilani, who is currently studying Molecular and Cellular Biology at the University of Puget Sound, grew up on the island of Kauai with her American father and Filipino mother.

She is the second half-Pinay beauty queen to win the title after Vanessa Minnillo-Lachey, who won the crown in 1998.

Asked who her favorite Miss Universe titleholder is, she named Catriona Gray and explained, "because I am half Filipino myself and her reign was so amazing, and I've always looked up to her as a role model."

Arielle Keil makes history as the first transwoman to represent New Zealand in an international pageant.

The 26-year-old Filipina transwoman was born and named Andrew in Davao City, Philippines. She grew up and came out in Auckland, New Zealand.

Arielle started her transition in 2017, much to the dismay of her father whose initial reaction was to disown her.

It did not stop Arielle from becoming the person she wanted to be. She flew to Thailand earlier this year for her gender reassignment surgery.

Her parents eventually had a change of heart and finally accepted her transformed personality.

In fact, her father had watched her compete for the Miss Intercontinental New Zealand title.

In an interview with GMA News, she recalled, "I remember when we were on stage and they were handing out the special awards, I saw my dad. It was a shock but a good shock.

"I wanted to cry. I was so happy to see him in the audience. And watching me compete in a beauty pageant, which is the most feminine thing, was a testament to how far he's come."

She placed second to Asya Danielle Branch of Mississippi.

Kim, born in 1994 and raised in Idaho, has mixed parents—an Irish-American father and a Filipino mother, who hails from Talisay, Cebu.

In her "Get To Know" interview for the Miss USA pageant, Kim expressed how proud she is of her Filipino roots.

She said, "I'm very proud to be a dual citizen of the Philippines. We are a humble and happy people and I think that combined with the warm-heartedness of Idahoans has really helped to live anywhere in the world, anywhere in the country, and accept people for who they are."

In a video posted on her Instagram last November 11, 2020, Kim addressed her fans who have been asking if she's planning to join the Miss Universe Philippines pageant given that she holds dual citizenship.

She said, "A lot of you are asking me if I'm considering running for Miss Universe Philippines and I will say I am not going to exclude any potential future of running.

"I have a few other things to figure out. I need to look at my schedule. I do want to be a veterinarian. I have to finish my schooling."

According to MissUSA.com, Kim is studying at Washington State University pursuing a Doctor of Veterinary Medicine degree and a Master of Public Health at the University of Minnesota.

Hannah was born and raised in Greenville, South Carolina, to a Filipino father and an American mother.

She is a 21-year-old aspiring teacher, and is currently in her senior year at Newberry College taking up her bachelor's degree in Elementary Education.

According to her MissUSA.com page, her brother who is "globally, mentally, and physically delayed" inspired her to become an advocate for children's education especially those with special needs.

The title was won by Aisha Harumi Tochigi at the pageant's grand coronation night last October 29, 2020, in Tokyo, Japan.

According to her website, Yuki was born in Manila in 1993 and moved to Japan in 2003. Her mother is a Filipino.

In her introduction video for the pageant, Yuki talked about her experience growing up in two different countries.

She said, "My father is Japanese and my mother is Filipina, so I was raised in two countries.

"So when I came to Japan, I really did not speak any Japanese word so I had a hard time. But I didn't give up.

"Because of this, I can now speak three languages fluently and this became my power,"

She also had a Filipino glam team that helped her prepare for the pageant.

Also, you can use these BeautyMnl promo codes or vouchers when you shop or order online. Marami pang ibang coupons dito.