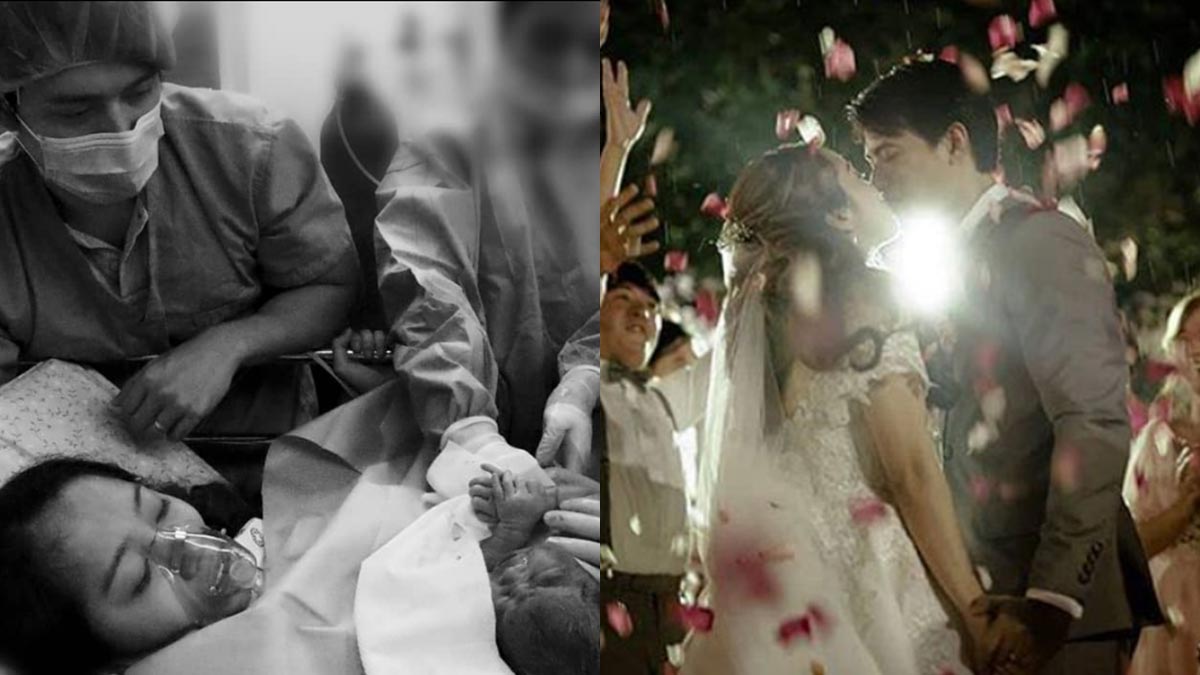 For the first time, Mike Tan shared a photo of his non-showbiz wife on Instagram last Sunday, May 12.

It was a big deal for this GMA actor who has taken pains to protect the privacy of his family.

But it was Mother's Day, and being a new father overflowing with happiness, Mike gave his wife a shout-out.

The photo he shared was taken after his wife gave birth to their daughter Victoria on November 29, 2018.

Mike accompanied his caption with the following excerpts from the Bible's Book of Proverbs, Chapter 31, Verses 10 through 30:

"An excellent wife, who can find? For her worth is far above jewels.

"The heart of her husband trusts in her, and he will have no lack of gain.

"She does him good and not evil all the days of her life.

"She looks for wool and flax and works with her hands in delight.

"She is like merchant ships; she brings her food from afar.

"She rises also while it is still night and gives food to her household and portions to her maidens.

"She considers a field and buys it; from her earnings she plants a vineyard.

"She girds herself with strength and makes her arms strong.

"She senses that her gain is good; her lamp does not go out at night.

"She stretches out her hands to the distaff, And her hands grasp the spindle.

"She extends her hand to the poor, and she stretches out her hands to the needy.

"She makes coverings for herself; her clothing is fine linen and purple.

"Her husband is known in the gates, when he sits among the elders of the land.

"She makes linen garments and sells them, and supplies belts to the tradesmen.

"Strength and dignity are her clothing, and she smiles at the future.

"She opens her mouth in wisdom, and the teaching of kindness is on her tongue.

"She looks well to the ways of her household, and does not eat the bread of idleness.

"Her children rise up and bless her; her husband also, and he praises her, saying: 'Many daughters have done nobly, But you excel them all.'

"Charm is deceitful and beauty is vain, but a woman who fears the Lord, she shall be praised."

However, Mike still did not reveal the full name of his wife whom he simply referred to as "Cris" in his previous nterviews.

In all the 12 years he has known her as girlfriend, then fianceé, and now wife, Mike never showed her full face on the rare occasions he posted her photos on Instagram. It was what she wanted.

Even their wedding was private.

The couple had an intimate ceremony with their family and closest friends on January 22, 2018, at Villa Milagros, Rodriguez, Rizal.

Mike met his wife at a chapel when he was just 10 years old. He was already an actor when he started courting her.

She initially refused to go out with him on a date at least nine times before she finally said yes.