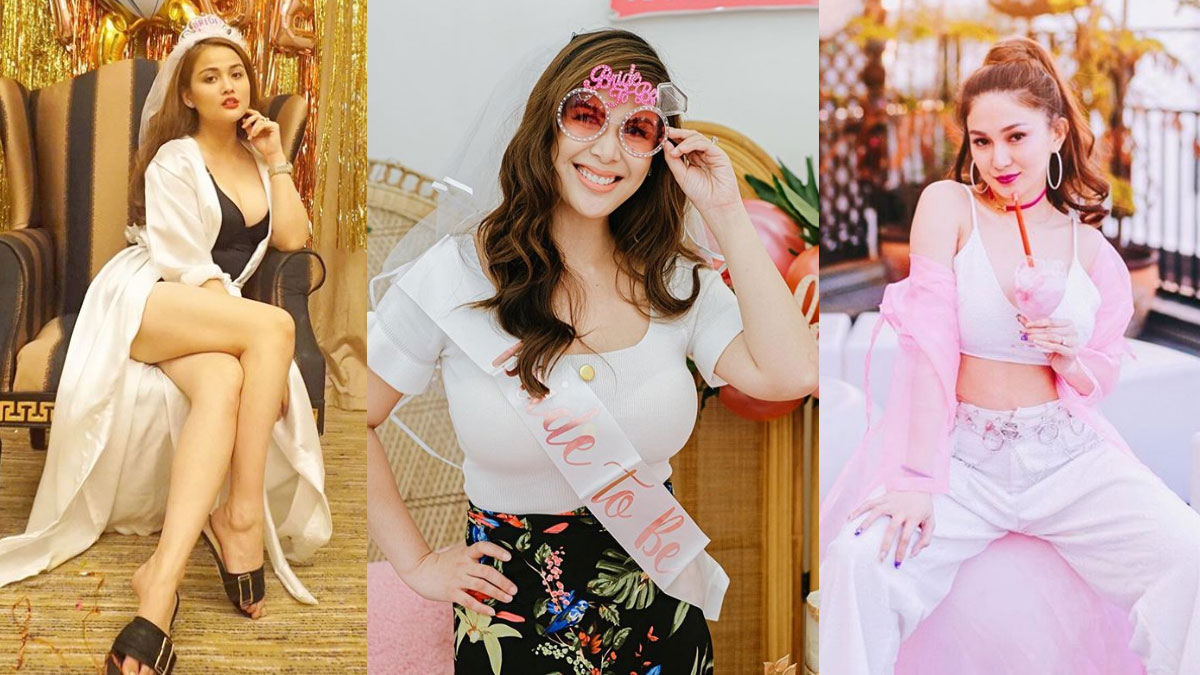 Three actresses are celebrating their last few days of singlehood by partying with friends and family.

Dianne Medina, who will soon become Mrs. Rodjun Cruz, has had three bridal showers so far.

Sheena Halili, the soon-to-be Mrs. Jeron Manzanero, has just ticked off an item from her bucket list: Become a Harajuku Girl.

Valerie Concepcion, whose wedding to Guam-based court clerk Francis Sunga is in two weeks, just wants to be a bridechilla!

Whether you're a bride-to-be or a friend of the bride tasked with hosting a bridal shower, take your cue from the bridal showers of Dianne, Sheena, and Valerie.

Holding a sparty is a great way for the bride and her entourage to relax and take a break from the stress that comes with planning a wedding.

Valerie’s bridal shower held on December 13 was a sparty made more festive with its tropical theme.

Check out her three-layered cake and giveaways. 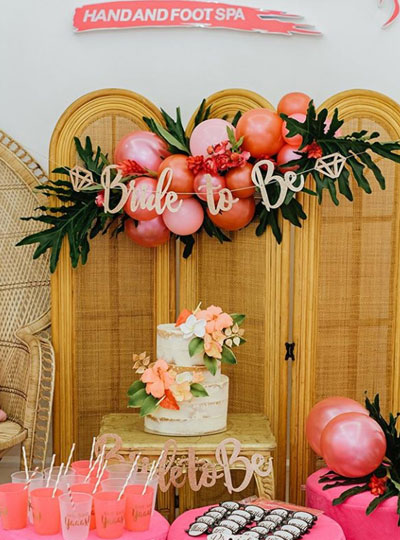 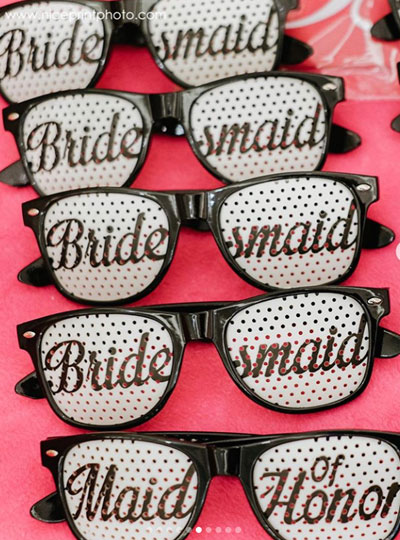 Based on her “two weeks to go” hashtag, Valerie is set to tie the knot on the last week of December. 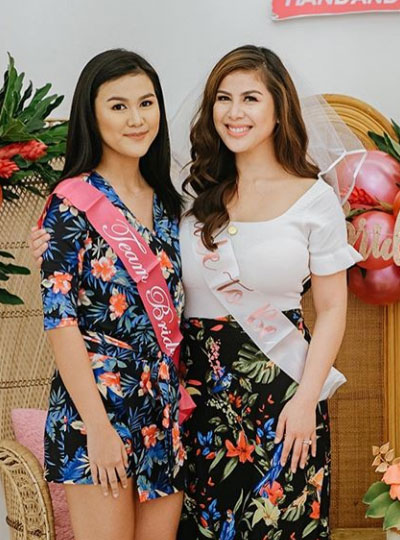 Just like a sparty, taking a trip also lets you leave the stress behind for a while. Make it an out-of-the-country trip with your best friends to discover new places and enjoy the experience of a lifetime together.

In November, Sheena and her friends flew to Tokyo, Japan. They made sure to visit Takeshita, a popular street in Harajuku that, according to her Instagram post, "is known for wacky, youth-driven shops selling colorful and crazy clothes and accessories. It's also a paradise for sweets-lovers..."

Sheena felt a deep connection to the place as she added, "This street says a lot about me. So my friends from high school prepared a wholesome yet crazy bridal shower on the street of Takeshita in Harajuku and thought of hashtag #TakeSheenaStreet!

The Tokyo trip also allowed Sheena to live out one of her biggest dreams: to become a Harajuku Girl.

The song "Harajuku Girl" by Gwen Stefani led to the formation of a group of the same name, comprised of Japanese and Japanese-American dancers featured in the singer's concerts and music videos.

Sheena related, "It has always been a dream of mine to dress up like those pretty Harajuku Girls in Japan. And my #bridesquad made it possible!"

She was also able to experience being Ariana Grande for a day.

When Sheena and her friends experienced a minor setback during their trip, they made the most out of the experience. Upon discovering that the bar they were supposed to go to was already closed, they had fun taking photos instead. 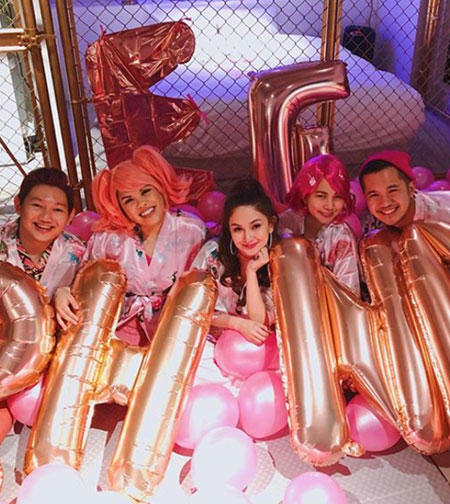 A NIGHT OF DANCING WITH IN-LAWS

Bridal showers are also a chance to bond with your future mother-in-law and sisters-in-law, especially if they organize it for you. Choose an activity that you can all enjoy while getting to know each other better. 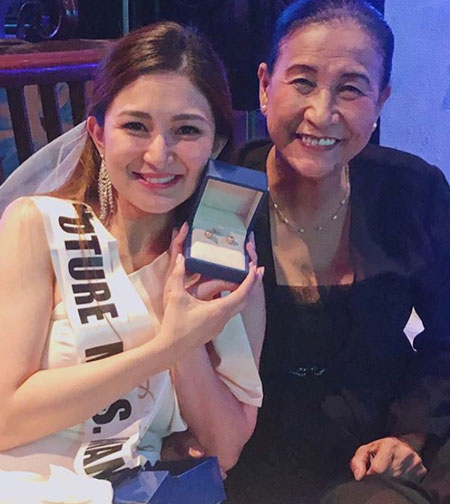 Sheena's second bridal shower was hosted by her future in-laws. She gushed in her Instagram post, "Thank you for this fun experience, for your time and effort. I love you all. Galing sa puso ko.. ang saya!!!" 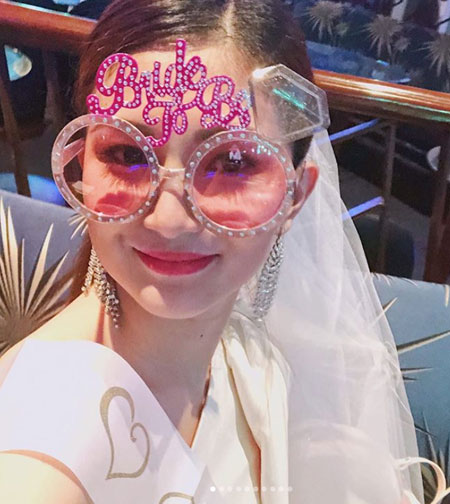 For a chic bridal shower that exudes sophistication, be inspired by the French and choose elements that give the party a Parisian flair. 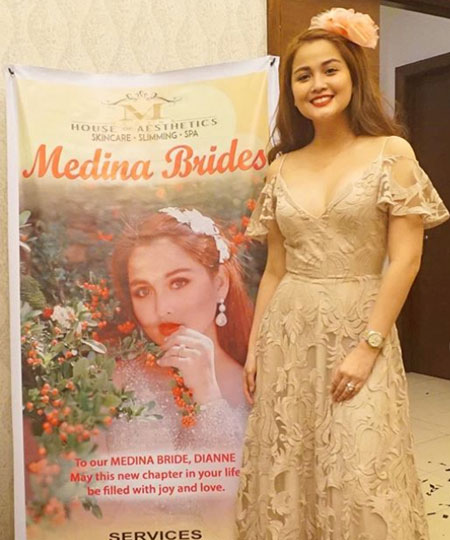 At one of her three bridal showers, Dianne had a cheese and cold cuts grazing table and a dessert buffet. 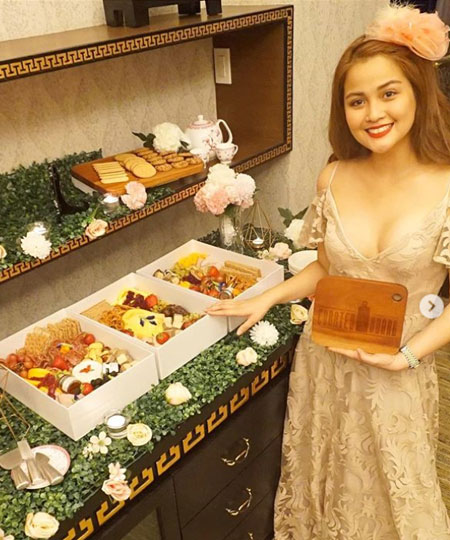 Whether it's hosting a French-inspired affair or being inspired to live as the French do, be guided by the words of French designer Coco Chanel: "A girl should always be two things—classy and fabulous."

Bridal showers are a great excuse to be sexy and naughty, allowing you to let go of your inhibitions in the company of your dearest friends.

Dianne's tip is simple: make sure your party is "super super super FUNNNNNNN"

The "Wild Dianne’s Secret" was her second bridal shower, which was organized by her sister, a cousin, and schoolmates from St. Theresa's and Miriam College. 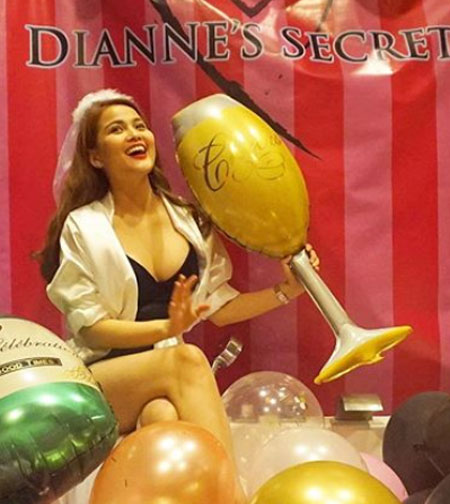 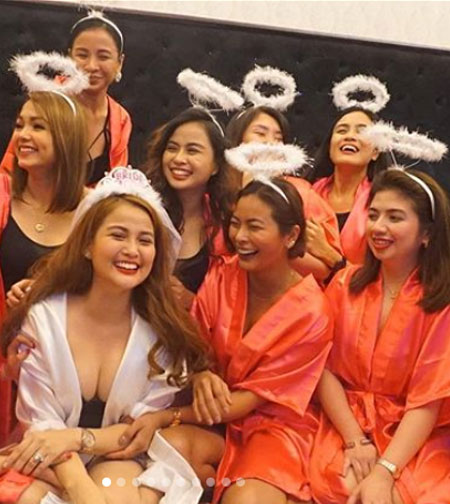 Sometimes the most spontaneous parties are the best ones.

Fun-loving friends can easily pull off an "Anything Goes" bridal shower without a concept to guide them. All they need are crazy antics, jokes, and even pranks for a night of fun.

In her Instagram post, she thanked her groom's cousins for hosting the unusual shower. She called them her South friends because most of them live in the Parañaque-Las Piñas-Alabang area. 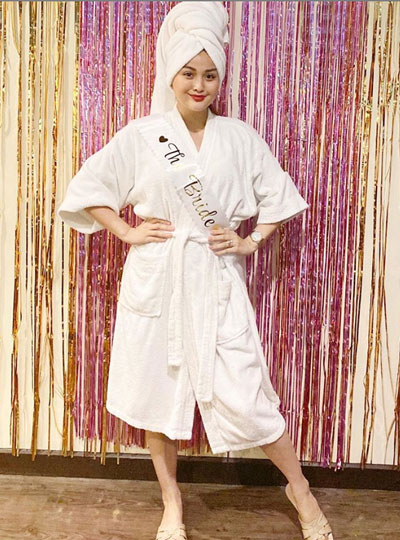