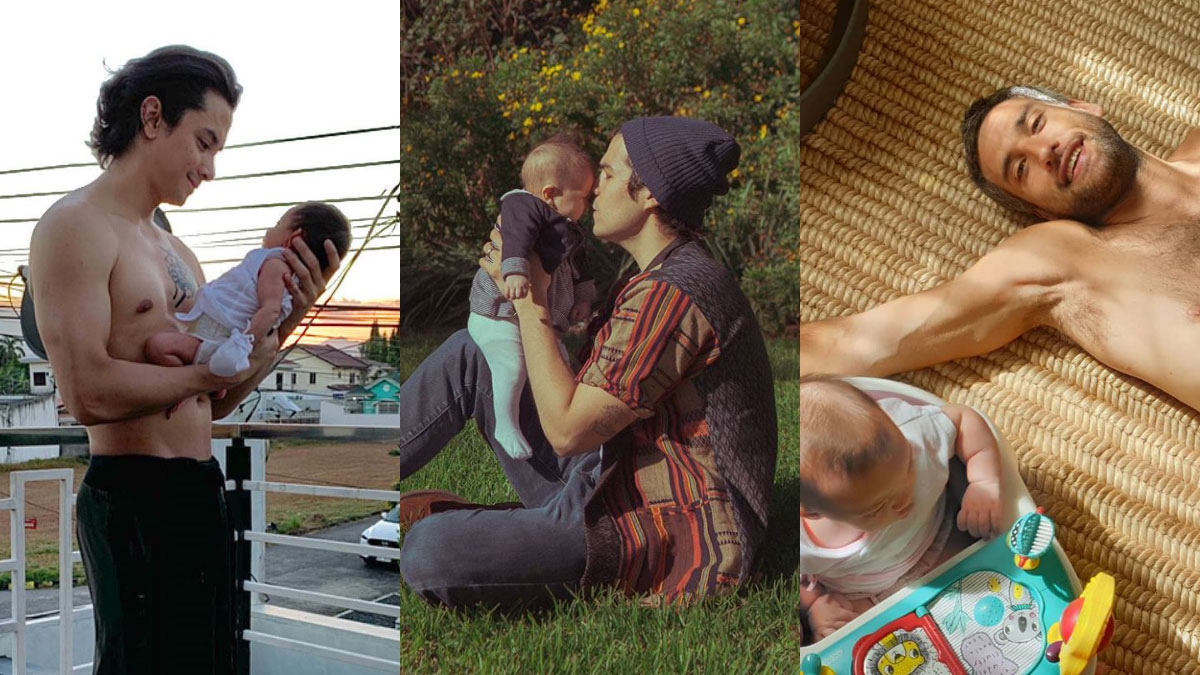 This Sunday, June 21, is Father's Day, and the celebration will be a bit different this year due to the COVID-19 pandemic.

Here are the celebrity dads who are celebrating the occasion for the first time—in the safety of their homes, most likely.

On March 2, 2020, Erwann Heussaff and Anne Curtis welcomed their baby girl named Dahlia Amélie in Melbourne, Australia. It was big news, just as their Instagram post on November 10 last year, confirming they were having their first baby, made showbiz headlines.

Nico Bolzico and Solenn Heussaff started 2020 with a bang when they welcomed their baby girl, Thylane Katana, on January 1.

Their fans were thrilled when the couple announced through an Instagram post on August 10, 2019, they were having their first baby.

JC Santos became a full-time dad at the start of COVID-19-induced quarantine.

Baby River Altheia is JC's daughter with wife Shyleen Herrera. The couple tied the knot in September 2019, but it was only on January 16, 2020, when the 31-year-old Kapamilya actor disclosed his marital status.

Paying tribute to all moms and dads, he wrote: "Nakakakilig, nakakaiyak, nakakagana, nakakagaan. Today, in my eyes, the World is a better place. Salute to all Mothers who gave birth, who are giving birth, and who are about to give birth to little angels. Salute to all Fathers. We have a very important job. I can see that now. Let us help each other. Happy Peaceful Sunday Everyone."

The former Philippine Azkals player and Margaret got married in Kent, a county in England, on July 20, 2019.

A hands-on dad to Baby Scott, Slater revealed in his Instagram post on June 9, that he has been in-charge of diaper duties.

Instead of the usual OOTDs, Xavi's Instagram feed is now filled with photos and videos of his daughter who was born on September 13, 2019.

PBA Player David Semerad is enjoying the simple life in the Batangas with his fiancée Gwen Zamora and their baby boy, Copper.

Typical of new dads, he has also been uploading photos of his baby on his Instagram account.