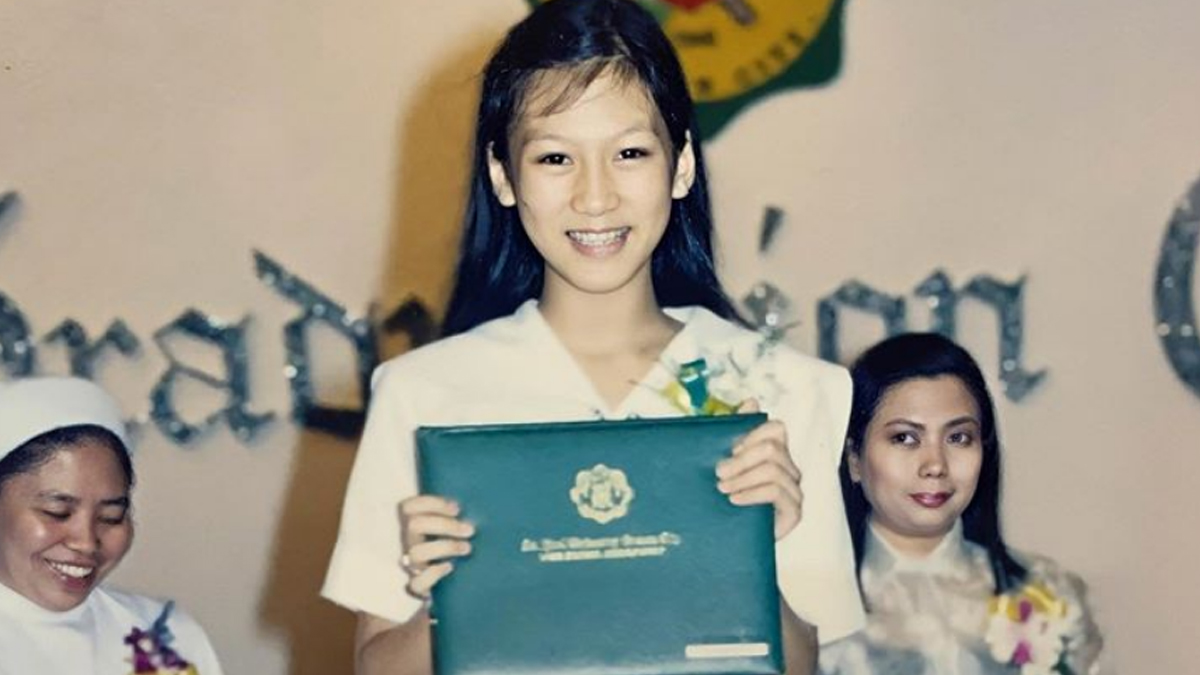 Alex Gonzaga admits she and four other batchmates were not quite the model students, hence, the faculty at her high school initially excluded them from attending their graduation ceremony.
PHOTO/S: @cathygonzaga on Instagram

Alex Gonzaga almost did not march at her high school graduation.

The post was dedicated to the Class of 2020 and featured a photo of the 32-year-old Kapamilya star at her high school graduation.

Alex admitted that she and four other batchmates were not quite the model students, which was why the faculty at her high school initially decided to exclude them from attending their graduation ceremony.

Alex said she and her batchmates learned their lesson well, and they started improving on their behavior a month before their graduation rites.

"Sa 1 month deliberation nila while my batchmates were practicing for our grad, we were left in the classroom.

"Thank you Lord 3 days before our graduation day, our prinicipal called us and gave us the good news na yes pwede na kami magmarch."

To end her post, Alex shared the lesson she got from the experience.

After being a reformed student, Alex then dreamed of becoming a teacher herself.

In a previous interview with PEP.ph (Philippine Entertainment Portal), Alex said it has been her long-time dream to teach kids and start her own school.

She graduated from the University of Asia and the Pacific in 2012 with a Bachelor of Science degree in Education, major in Child Development.